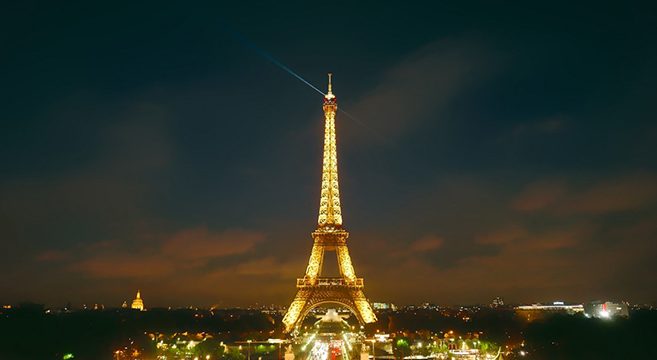 Movie titles are rarely translated word-for-word. Translators try to match the title to the movie’s content and the culture of the audience, and sometimes that translation fails in hilarious ways. The film’s title is a lot like the cover of a book–it extends the story, adds flavor to the content, and serves as the final stroke of the director’s intentions. Many directors use idioms, jokes, or figurative meanings to capture the spirit of the film in its title, but these phrases are meaningful only for the original audience.

As it turns out, the French are the most inventive in coming up with titles for French viewers.  Some of the names are so laugh-out-loud funny they’re getting some special praise here. (Once you take a couple of online French Classes and master the technique of learning new French words quickly, you’ll receive a chance to see some Hollywood films in the French translation. And you know what? You may be sincerely fascinated to find out how they are named in France!)

There’s hardly anyone who wouldn’t get this one – Home Alone‘s title was translated into French from a whole other angle. While the Hollywood creators’ intention was to stress the fact that the small and inventive character of Macaulay Culkin stayed at home on his own and had to face the challenge of defending his house from two cunning burglars, the French decided that the main point of the film is that Kevin missed the plane.

#2 The Young People Who Traverse Dimensions While Wearing Sunglasses

This is also weird and ridiculous translation of the cult film The Matrix. The French translators were so eager to render the meaning of the whole film in its title, they ended up creating a bumbling trainwreck..

The 2012 Hollywood film The Silver Linings Handbook got this name for a purpose. As a famous English proverb says, silver linings are always with the company of clouds. The same is true for the main character of this film; a former school teacher pat has a bipolar disorder and desperately tries to restore his normal life after the breakdown and a stint in a psychiatric clinic. Full psychologial recovery is, of course, a long road with lots of ups and downs, but worth the difficult journey. This subtle reference of the proverb, however, is definitely lost in the French title.

Some American titles contain slang unique to the USA, which makes the challenge of translating the film’s title very hard. This may be said about the 2013 film American Hustle, with the word “hustle” having no appropriate translations in other languages. This title was translated by the French as American Bluff, while the Spanish were even more out-there when they called it The Great American Dwindle. However, the indisputable leader in this film’s translation hit parade is China with the title United States Cheat Bureau.

Another curious situation happened with the translation of the Hangover film title. While in fact, the intention of the producer was to underline the unfortunate morning-after feeling of the guys after a big night out, the French title Very Bad Trip falls short of a home run translation.

The translation of one of the films from the Twilight saga, Eclipse, is also quite strange, and God only knows what the translators thought about when they titled the film Hesitation. Rather than focus on Bella being the head of a vengeful army, the French chose to emphasize Bella’s hesitation regarding whom to choose to stay with – Edward Cullen or Jacob Black.

So it’s clear the cultural abyss between France and America is alive and strong! Despite our world’s greatest attempts at globalization, there are some things out there that are most definitely lost in translation.

Previous post:
CBD Oil In School And Sports Next Post:
Amazing Video Shows Beauty Of Norway’s Lofoten Islands Where You Can Kayak In Gold Water At Midnight