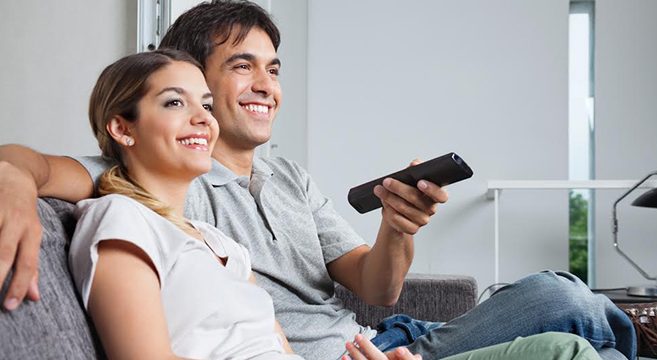 Lifetime movies have successfully made the leap from traditional television to online streaming platforms like Netflix. Lifetime movies are sometimes sappy or a bit cheesy, but they’re great to watch on a rainy night or you can binge watch them all on a quiet weekend. Here is a list of some of the most heart-warming and romantic Lifetime films you can find on the Netflix streaming service.
.

This 2012 modern-day remake of the classic Lifetime movie from 1989 actually made the Netflix Guides list of the best Lifetime movies on Netflix. This version of Steel Magnolias features an all-star cast of African-American actors that includes Alfre Woodard, Queen Latifah, Jill Scott and Phylicia Rashad. Some pretty intense female bonding takes place at the local beauty salon where these women gather to recollect on their life experiences. The character of Shelby is getting married but struggles with the knowledge that she is medically unable to have children. Other small romantic encounters support the film, but this tear-jerker is one of the most romantic lifetime movies on Netflix.
.

The Spirit of Christmas

This Lifetime movie is as wholesome as it gets. What a great movie to bring the family together near Christmas time. A frigid attorney (Jen Lilley) works to get a bed and breakfast sold but finds out that the place might be haunted. The ghost just happens to be the ruggedly handsome Thomas Beaudoin who plays the character of Daniel. Their relationship starts off a bit rocky as Kate doesn’t believe in ghosts and Beaudoin isn’t the best actor. Kate falls for Daniel, but unfortunately, they only have the twelve days of Christmas to reconcile their feelings for one another. Make sure you have your tissue handy for this one.
.

Lifetime isn’t well-known for its steamy content, but the Blue Lagoon is certainly hot. There’s plenty of natural beauty on display as two shipwrecked children grow up to discover their sexuality on a remote picturesque island. The Blue Lagoon debut in 1980 to an onslaught of backlash by critics for its unbelievable plot and B-level acting. Roger Ebert goes so far as to say that “this movie made me itch.” It stars a young Brooke Shields and Christopher Atkins as they make their way through a book adaption which is bare on clothing and dialog. There are some serious themes at play underneath it all themes of love, loneliness and innocence lost. This Lifetime movie is a bit of a guilty pleasure. You know that it’s just eye-candy, but you can’t bring yourself to look away.
.

Here’s another steamy Lifetime romance starring Jennifer Love Hewitt. The Client List isn’t a movie actually; it’s an entire series with two seasons on Netflix. It’s based on the 2010 Lifetime movie in which the story follows a smoking-hot Texas single mom as she begins work at a local spa. The spa turns out to be a cheeky brothel and Jennifer Love Hewitt’s character Riley is often conflicted about her new line of work. Riley also has a budding romance with her late husband’s hunky and sensitive brother. The humor is tongue-in-cheek and there is no gratuitous nudity involved. Yet, the Client List is still suggestive enough to add some steam to your Saturday night.
.

There’s nothing better than a nail-biting thriller to bring you closer to your loved one on the couch. The Watcher first debuted in 2016 and is now streaming on Netflix. In this movie, a young couple have just purchased their dream home. How romantic? Yet, this dream home and their dream romance is interrupted by a stalker. This movie is based on the true-life stalking of a young couple in 2014. The point of view switches between first-person, third-person and the home security system cameras. There are some really touching moments in the beginning of the film as the young couple get settled into the new town and the viewer gets to know their characters. Although the plot is not that romantic, the Watcher is sure to get you cuddled up close.