It’s been a terrific week for future President Hillary Clinton: her biggest challenger-in-the-wings, Vice President Joe Biden, decided he would not run for office; her 11-hour testimony at the 437th Benghazi hearing was so brilliant it actually boosted her campaign and sparked a flurry of major donations from Hollywood elite; her poll numbers are better than ever; and the Republican party is in a state of civil war and internal collapse. Never one to rest on a sunny streak, Clinton gave a powerhouse speech at the Jefferson-Jackson Dinner in Iowa yesterday (see clip at the bottom of post and full speech HERE) where she proved once again why she’s #1. On Friday, Clinton sat down with Rachel Maddow for her first television interview following her grueling Benghazi hearing testimony the day prior. This is hands down the single most fascinating interview with Clinton that I have ever seen. But perhaps most revealing of all is when Clinton opens up about her life in the public eye, her lifelong friendships, her best friend whom she’s had since the 6th grade, and what her mom would have said and done for her after that very long day on Capitol Hill on Thursday (watch in video #2 just below photo). For all things Hillary visit HillaryClinton.com. 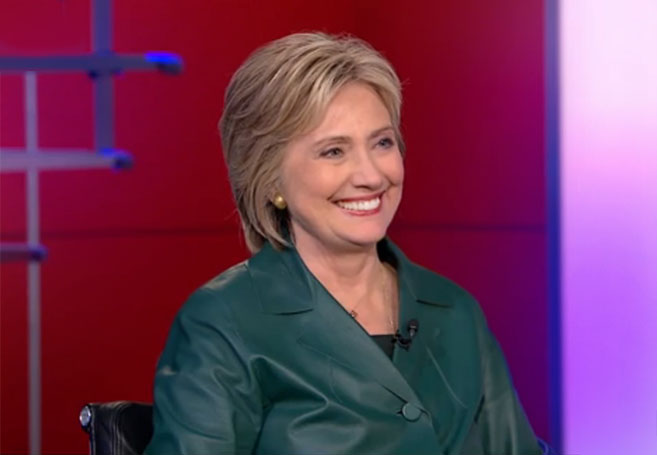 Previous post:
LINKguide (October 24, 2015) Next Post:
The Joy Of Being A Student In The Tech Age: Paying Others To Write Your Essays For You