It’s called “The U-Curve”, and it’s getting a lot of attention in the scientific community in recent years as study after study continue to reveal the same results — people get a lot happier after the age of 50.  So what is the source of this phenomenon — how we get unhappier as we approach middle age, then bottom out in our late 40s, only to reemerge happier and happier as we get closer to our 70s?  The Economist published one study’s results recently which proved that the average age of peak unhappiness is age 46: “Turn the question upside down, and the pattern still appears. When the British Labour Force Survey asks people whether they are depressed, the U-bend becomes an arc, peaking at 46. There are other possible explanations. Maybe the sight of contemporaries keeling over infuses survivors with a determination to make the most of their remaining years. Maybe people come to accept their strengths and weaknesses, give up hoping to become chief executive or have a picture shown in the Royal Academy, and learn to be satisfied as assistant branch manager, with their watercolour on display at the church fete. ‘Being an old maid’, says one of the characters in a story by Edna Ferber, an (unmarried) American novelist, was ‘like death by drowning—a really delightful sensation when you ceased struggling.’ Perhaps acceptance of ageing itself is a source of relief. ‘How pleasant is the day’, observed William James, an American philosopher, ‘when we give up striving to be young—or slender.’ ”

In a brand new cover story in The Atlantic, the exact same U-bend results appear once again.  Jonathan Rauch writes: “A common hypothesis, and one that seems right to me, is alluded to by Carstensen and her colleagues in their 2011 paper: ‘As people age and time horizons grow shorter,’ they write, ‘people invest in what is most important, typically meaningful relationships, and derive increasingly greater satisfaction from these investments.’  Midlife is, for many people, a time of recalibration, when they begin to evaluate their lives less in terms of social competition and more in terms of social connectedness.  In my 40s, I found I was obsessively comparing my life with other people’s: scoring and judging myself, and counting up the ways in which I had fallen behind in a race.  Where was my best seller?  My literary masterpiece?  Barack Obama was younger than I, and look where he was!  In my 50s, like my friend K., I find myself more inclined to prize and enjoy people and relationships, which mercifully seem to be pushing the unwinnable status competition into the background.  Also, Carstensen told me, ‘when the future becomes less distant, more constrained, people focus on the present, and we think that’s better for emotional experience.  The goals that are chronically activated in old age are ones about meaning and savoring and living for the moment.’  These are exactly the changes that K. and others in my own informal research sample reported.”

The editor of The Atlantic appeared on CBS This Morning to discuss the cover story and you can watch it in full above.  To read The Atlantic’s cover story in full you can visit TheAtlantic.com.  To read The Economist’s story visit TheEconomist.com.  One person who is definitely living proof of the U-bend uptick in happiness which comes later in life is Judi Dench.  Her appearance on Charlie Rose a while back was so uplifting it almost made me wish I was 70 — get ready to watch a truly awesome conversation in the video player just below.

SEE ALSO: Scientific American Takes A Fascinating Look At The History, Psychology, And Science Of The Midlife Crisis 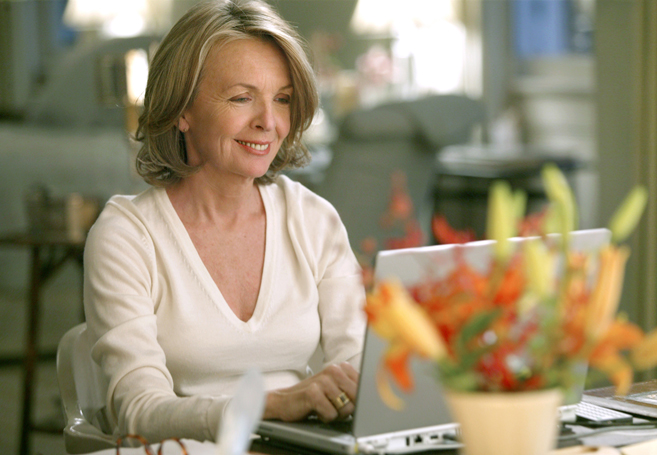 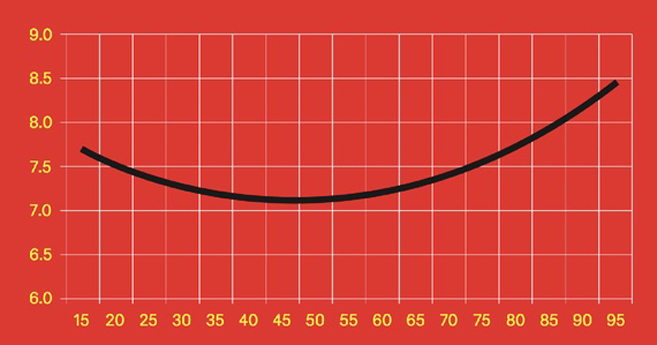