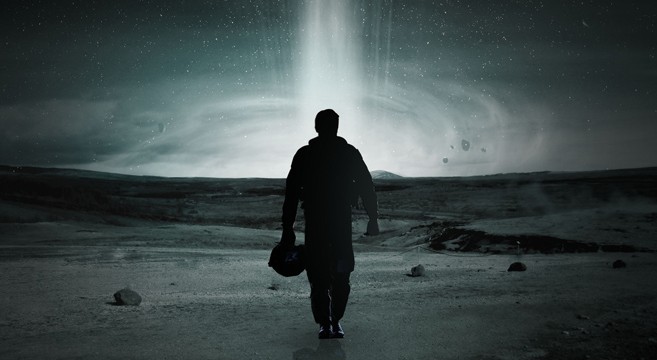 Audiences will soon get their first look at Christopher Nolan‘s highly anticipated sci-fi epic INTERSTELLAR, and some high profile directors have already been lucky enough to get that chance.  Following a recent screening Quentin Tarantino recently spoke with The Guardian: “It’s been a while since somebody has come out with such a big vision to things.  Even the elements, the fact that dust is everywhere, and they’re living in this dust bowl that is just completely enveloping this area of the world.  That’s almost something you expect from Tarkovsky or Malick, not a science fiction adventure movie.”  P.T. Anderson (Inherent Vice, The Master, There Will Be Blood) also raves about the experience, imploring moviegoers to see it on IMAX: “He’s made a beautiful film, if anybody gets out to see INTERSTELLAR when it comes out.  But don’t fuck around — go see it in IMAX.  Brave the line. Do it, bite the bullet.” In his own words, Christopher Nolan himself recently described how he sees INTERSTELLAR as very much inline with one of his favorite films of all time, Richard Linklater’s Boyhood: “For me, the film is really about being a father.  The sense of your life passing you by and your kids growing up before your eyes.  Very much what I felt watching Richard Linklater’s Boyhood, an extraordinary film, which is weirdly doing the same thing in a completely different way.  We are all engaged in the biggest mystery of all, which is just living through time.”