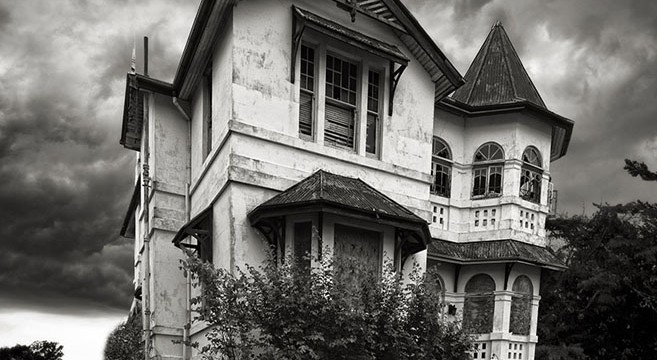 Three Beds, Two Baths, One Ghost: These Are The Legal Issues Involved In Selling A Haunted House

What happens when you are trying to sell a house that’s infested with ghosts?  Some sellers would rather keep that information on the down low when they’re showing the property to prospective buyers, but according to the National Association of Realtors (NAR), “Nondisclosure of stigmatizing information may provide a cause of action.”  In legal terms, a haunted home is classified as a “stigmatized property”, which the NAR defines as: “property psychologically impacted by an event which occurred or was suspected to have occurred on the property, such event being one that has no physical impact of any kind.”  The North Carolina Real Estate Commission also defines it as “a property which buyers or tenants may shun for reasons that are unrelated to its physical condition or features,” such as murder, suicide, or haunting.  In The Language Of Real Estate, author John Reilly write: “Many (but not all) jurisdictions across North America require disclosure if a house is renowned for haunting, ghost sightings, etc.  This is in a separate category from public stigma, wherein the knowledge of haunting is restricted to a local market.”

Every state and province is slightly different in how they handle such cases.  California law, for example, requires sellers must notify buyers if a murder occurred inside the home over the past three years.  Quebec also has a murder disclosure law, as does New York state which made headlines in 1990 when a Nyack couple sold their haunted house to new buyers without disclosing the information.  “During the 1960s, the 7,000 residents of the tiny village knew that the 5,000 square foot house was haunted, but nobody bothered to tell the Ackley couple before they decided to move in.  Helen and George Ackley, who lived in the home for more than 20 years, reported that they had seen a ghost in the house on at least one occasion and that they would be awoken every morning by a shaking bed, but otherwise lived in peace with whatever spirits resided in their home. When they decided to move and sold the house in 1990, they didn’t bother to tell the new buyers about the ghost problem.  With $32,500 in escrow, Jeffrey and Patrice Stambovsky backed out of the contract when they learned that the house was haunted.  When the Ackleys refused to refund the deposit, the Stambovskys sued, leading to what would come to be known as the ‘Ghostbusters’ ruling. The New York Appellate court ruled that, because a routine home inspection would never uncover it, sellers must disclose that a house is haunted to potential buyers.”  Another such case in New York was the famous Amityville sale which led to some legal problems as well.  Under Massachussetts law, real estate brokers and sellers are under no legal obligation to disclose that a property was the site of a felony, suicide or homicide, or has been the site of an alleged “parapsychological or supernatural phenomenon.”  Thus, buyers are on their own to discover these types of stigmas. You can read a breakdown of how various states treat the issue by CLICKING HERE.

In a recent interview in VULTURE, columnist Gwynne Watkins caught up with realtor Cindi Hagley who specializes in such cases. “A division of her San Francisco-based firm, The Hagley Group, called Past Life Homes, deals properties that have been burdened with ‘stigmatized pasts.’  For Hagley, who lived in several haunted houses as a child, the business is a labor of love; she’ll consult for free with realtors and sellers anywhere in the United States who want advice on how to offload properties reputed to be haunted or that have been the location of crimes.  ‘I’m always looking for ways to debunk anything I see because I’m very skeptical,’ Hagley says. ‘But unfortunately, there’s a lot of evil energy out there, and people need help.’ ”  You can read the entire interview by visiting VULTURE.com, and be sure to visit the fascinating paranormal section of The Haley Group’s website by CLICKING HERE.  You can also read what happened to a Pennsylvania couple who recently tried selling their haunted home by visiting Jezebel.com. (Photo via Shutterstock).

Previous post:
With A Net Worth Of $350M, Keanu Reeves Is Still Known In The Industry As “The Greatest Guy On Earth” Next Post:
FEELguide Classic: Top Researcher Unlocks The Ultimate Secrets To A Great Relationship