I was fortunate enough Monday night to not have any idea what to expect when I sat down to watch GONE GIRL.  I knew it was a whodunit, but the spoilers began and ended there.  As the film moved along I became more and more invested in the layers and layers of details that were being presented, and when the closing credits finally began to roll it took me a long while to pick my jaw up off the floor.

The story serves as both satire and commentary on a number of issues facing society today, such as: how much of marriage is a lie?  It also points a spotlight on media’s preoccupation with “tragedy vampirism”, not to mention the gender issues at play in the storyline as well.  Director David Fincher, author Gillian Flynn, and actors Ben Affleck and Rosamund Pike recently sat down with Charlie Rose for a terrific conversation about these ideas, as well as the creative process that went into the film and the original book (above).  Below I’ve also attached a terrific 7-minute essay on the work and craft of David Fincher entitled “And The Other Way Is Wrong”, as well as a recent CBS Sunday Morning interview with Gillian Flynn.

Fincher and Flynn’s next collaboration will be for HBO’s upcoming series Utopia.  Fincher will direct the entire first season, with Flynn writing the screenplays.  You can learn more about Fincher and Flynn’s Utopia for HBO by CLICKING HERE. 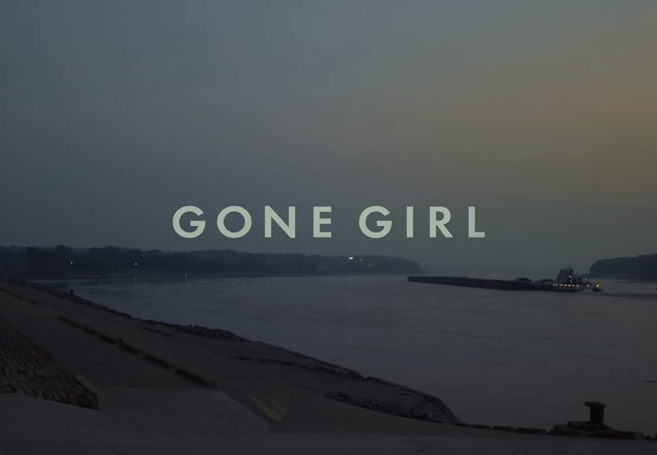