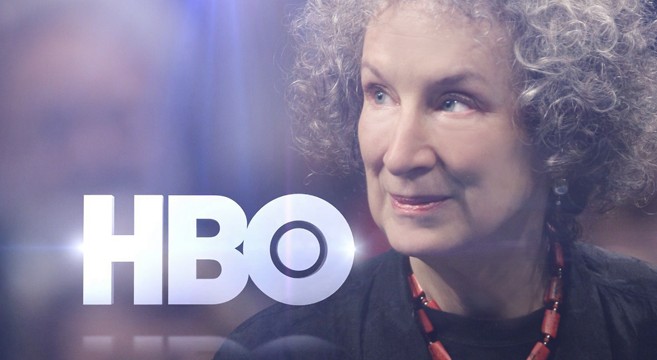 This past January, Darren Aronofsky and his production company Protozoa Pictures signed a first-look development deal with HBO.  Now comes word that Aronofsky’s first project with the network is a series adaptation of Margaret Atwood’s 2013 novel MaddAddam, the third in her dystopic trilogy which began in 2003 with Oryx and Crake, and followed with The Year Of The Flood in 2009.

The synopsis for MaddAddam reads as follows: “Bringing together ‘Oryx and Crake’ and ‘The Year of the Flood’, this thrilling conclusion to Margaret Atwood’s speculative fiction trilogy points toward the ultimate endurance of community, and love.  Months after the Waterless Flood pandemic has wiped out most of humanity, Toby and Ren have rescued their friend Amanda from the vicious Painballers.  They return to the MaddAddamite cob house, newly fortified against man and giant pigoon alike.  Accompanying them are the Crakers, the gentle, quasi-human species engineered by the brilliant but deceased Crake.  Their reluctant prophet, Snowman-the-Jimmy, is recovering from a debilitating fever, so it’s left to Toby to preach the Craker theology, with Crake as Creator.  She must also deal with cultural misunderstandings, terrible coffee, and her jealousy over her lover, Zeb.   Zeb has been searching for Adam One, founder of the God’s Gardeners, the pacifist green religion from which Zeb broke years ago to lead the MaddAddamites in active resistance against the destructive CorpSeCorps.  But now, under threat of a Painballer attack, the MaddAddamites must fight back with the aid of their newfound allies, some of whom have four trotters.  At the center of ‘MaddAddam’ is the story of Zeb’s dark and twisted past, which contains a lost brother, a hidden murder, a bear, and a bizarre act of revenge.   Combining adventure, humor, romance, superb storytelling, and an imagination at once dazzlingly inventive and grounded in a recognizable world, ‘MaddAddam’ is vintage Margaret Atwood—a moving and dramatic conclusion to her internationally celebrated dystopian trilogy.”

Previous post:
Watch Jason Silva Explain How Cinema Functions As An Evolving Cartography Of The Human Mind Next Post:
New Video For Electric Youth’s “Innocence” Is Guilty Of Making No Sense, But Judge For Yourself