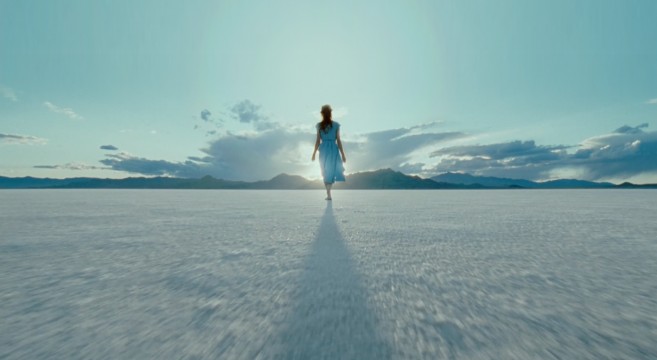 Revolutionary Theory Of Biocentrism Unlocks The Mysteries Of Consciousness, The Soul & The Afterlife

Renowned engineer and physicist Nikola Tesla (1856-1943) once famously said: “If you want to find the secrets of the Universe, think in terms of energy, frequency and vibration.”  As we move deeper into the second decade of the 21st century, Tesla’s prophetic words of wisdom are becoming more and more accepted as the key to unlocking the greatest challenge of modern science — understanding the inner workings of consciousness.

There is nothing more scientifically quantifiable than death — the difference between a dead human being and a live one is about as verifiable as anything in the Universe.  This, however, depends entirely on your definition and perception of what death is.  Here’s a thought experiement: a radio station was in operation for decades, until it went out of business in the year 1988.  Within a matter of days, the radio station closed, its employees were laid off, its doors were locked, and the building itself was demolished and turned into a parking lot.  The radio station ceases to exist as a physical thing, but its decades-worth of radio signals continue to live on forever as they travel deeper and deeper into the far reaches of space where they will someday be heard once again by another civilization.

The human body operates in much the same way as this radio station.  Our physical bodies are demolished, but our consciousness (soul) lives on.  One of the most brilliant scientists currently exploring this realm is Dr. Robert Lanza, currently ranked by the editors of The New York Times as the 3rd most important scientist alive.  In his book entitled Biocentrism: How Life and Consciousness Are the Keys to Understanding the Nature of the Universe, Lanza explains how we carry time and space (as well as our physical bodies) around with us like turtles carry their shells.  Once the shells come off, our consciousness moves back into the Universe.  John Assaroff writes: “Lanza also believes that multiple universes can exist simultaneously.  In one universe, the body can be dead.  And in another it continues to exist, absorbing consciousness which migrated into this universe.  This means that a dead person while traveling through the same tunnel ends up not in hell or in heaven, but in a similar world he or she once inhabited, but this time alive.  And so on, infinitely.  It’s almost like a cosmic Russian doll afterlife effect.”

Dr. Stuart Hameroff is a professor with the University of Arizona, and Associate Director of the Center for Consciousness Studies.  Hameroff describes the process as such: “Let’s say the heart stops beating, the blood stops flowing, the microtubules lose their quantum state.  The quantum information within the microtubules is not destroyed, it can’t be destroyed, it just distributes and dissipates to the universe at large.”

Quantum physics has proven that our perception of ourselves as physical beings surrounded by a world filled with physical objects in a Universe filled with other physical worlds is nothing more than an illusion.  There is so much space between atoms that if this space was eliminated, all “matter” in the Universe could be compressed into the size smaller than a golf ball.  The only reason we are able to walk on a sidewalk without falling through the fabric of space is because of the resolution between different atomic vibrations and frequencies, as Nikola Tesla described.   Much in the same way a movie screen flickering images at 24 frames-per-second creates the illusion of reality with our brains filling in the blanks, the world around us is nothing more than a hologram which our brains are perceiving via a consciousness we’ve temporarily been given — a consciousness which already existed eons before our birth.

Lanza’s Theory of Biocentrism “teaches that life and consciousness are fundamental to the Universe.  It is consciousness that creates the material universe, not the other way around.”  Dr. Lanza writes: “Traditionally, scientists speak of the soul in a materialistic context, treating it as a poetic synonym for the mind.  Everything knowable about the ‘soul’ can be learned by studying the functioning of the human brain.  In their view, neuroscience is the only branch of scientific study relevant to one’s understanding of the soul.  The soul is dismissed as an object of human belief, or reduced to a psychological concept that shapes our cognition and understanding of the observable natural world. The terms ‘life’ and ‘death’ are thus nothing more than the common concepts of ‘biological life’ and ‘biological death.’  Of course, in most spiritual and religious traditions, a soul is viewed as emphatically more definitive than the scientific concept.  It is considered the incorporeal essence of a person or living thing, and is said to be immortal and transcendent of material existence.”

“The current scientific paradigm doesn’t recognize this spiritual dimension of life.  The animating principle in humans and other animals are the laws of physics.  As I sit here in my office, surrounded by piles of scientific books and journal articles, I cannot find any reference to the soul or spirit, or any notion of an immaterial, eternal essence that occupies our being.  Indeed, a soul has never been seen under an electron microscope, nor spun in the laboratory in a test tube or ultra-centrifuge.  According to these books, nothing appears to survive the human body after death.  While neuroscience has made tremendous progress illuminating the functioning of the brain, why we have a subjective experience remains mysterious.  The problem of the soul lies exactly here, in understanding the nature of the self, the ‘I’ in existence that feels and lives life.  But this isn’t just a problem for biology and cognitive science, but for the whole of Western natural philosophy itself.”

“What we have to understand is that our current worldview — the world of objectivity and naïve realism — is beginning to show fatal cracks.  Of course, this will not surprise many of the philosophers and other readers who, contemplating the works of men such as Plato, Socrates and Kant, and of Buddha and other great spiritual teachers, kept wondering about the relationship between the universe and the mind of man.”

“Recently, biocentrism and other scientific theories have also started to challenge the traditional, materialistic model of reality.  In all directions, the old scientific paradigm leads to insoluble enigmas, to ideas that are ultimately irrational.  But our worldview is catching up with the facts, and the old physico-chemical paradigm is rapidly being replaced with one that can address some of the core questions asked in every religion: Is there a soul? Does anything endure the ravages of time?  Life and consciousness are central to this new view of being, reality and the cosmos.  Although the current scientific paradigm is based on the belief that the world has an objective observer-independent existence, real experiments have suggested just the opposite . We think life is just the activity of atoms and particles, which spin around for a while and then dissipate into nothingness like a dust funnel.  But if we add life to the equation, we can explain some of the major puzzles of modern science, including Heisenberg’s uncertainty principle, the double-slit experiment, entanglement, and the fine-tuning of the laws that shape the universe as we perceive it.”

“Importantly, this has a direct bearing on the question of whether humans and other living creatures have souls. As Kant pointed out over 200 years ago, everything we experience — including all the colors, sensations and objects we perceive — are nothing but representations in our mind.  Space and time are simply the mind’s tools for putting it all together.  Now, to the amusement of idealists, scientists are beginning dimly to recognize that those rules make existence itself possible.  Indeed, experiments suggest that particles only exist with real properties if they are observed.  One point seems certain: the nature of the universe can’t be divorced from the nature of life itself. If you separate them from each other, reality ceases to exist.”

Quantum physics and the Theory of Biocentrism combine to form an elegant model for understanding not only life and life after death, but also such phenomena as near-death experiences (NDE) and spiritual mediumship.  Some of the most astonishing examples of which can be found in the personal accounts of such people as Dr. Jill Bolte Taylor‘s fascinating story of what happened to her as she suffered a stroke (watch her TED Talk below); as well as the profound near-death experience of Anita Moorjani, and the stunning abilities of medium Theresa Caputo who is able to communicate with the intelligent consciousness of people who have left the physical world (watch both stories below as well).

To learn more about the extraordinary work of Dr. Robert Lanza be sure to get your own copy of his book Biocentrism: How Life and Consciousness Are the Keys to Understanding the Nature of the Universe by visiting Amazon and visit RobertLanza.com.  Lanza’s long list of admirers includes astrophysicist David Thompson with NASA’s Goddard Space Flight Center, who writes: “Robert Lanza’s work is a wake-up call to all of us.”  Another is Ronald Green, a Eunice & Julian Cohen Professor, as well as the Director of the Ethics Institute at Dartmouth College who writes: “It is genuinely an exciting piece of work, and coheres with some of the things biology and neuroscience are telling us about the structures of our being.  Just as we now know that the sun doesn’t really move but we do (we are the active agents), so it is suggesting that we are the entities that give meaning to the particular configuration of all possible outcomes we call reality.”

Also praising Lanza’s work is Michael Lysaght, Professor and Director of the Center for Biomedical Engineering at Brown University: “It’s a masterpiece; combines a deep understanding and broad insight into 20th century physics and modern biological science; in so doing, he forces a reappraisal of this hoary epistemological dilemma.  Bravo.”  Anthony Atala is a renowned scientist and W.H. Boyce Professor, Chair, and Director of the Institute for Regenerative Medicine, who praises Lanza as well: “[Biocentrism] takes into account all the knowledge we have gained over the last few centuries; placing in perspective our biologic limitations that have impeded our understanding of greater truths surrounding our existence and the universe around us.  This new theory is certain to revolutionize our concepts of the laws of nature for centuries to come.”

SEE ALSO: Plato’s Metaphysics & Logic Of Ghosts, And The Body-Soul Electromagnetic Spectrum
SEE ALSO: An Amazing Thing Happened After TLC’s “Long Island Medium” Premiere
SEE ALSO: Close Encounters Of The Mindblowing Kind: Watch Anita Moorjani’s Account Of Her Near Death Experience
SEE ALSO: Dr. Oz. Performs LIVE Brain Scan On Medium Theresa Caputo & Turns From A Skeptic Into 100% Believer
SEE ALSO: The Fascinating Reasons Why You Should Convert Your Music To 432 Hz, The Frequency Of The Universe
SEE ALSO: Biophotons: The Coherent Light Particle In Every DNA Responsible For Intercellular Communication And Barometer Of A Living Organism’s Health