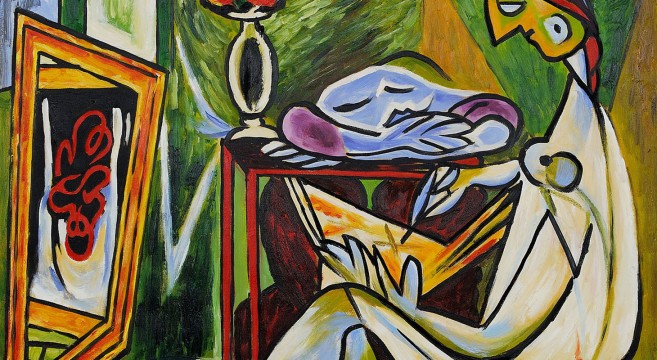 Cornelius Gurlitt is the reclusive son of a German art dealer, and when authorities began to suspect him of tax evasion they obtained a search warrant for his Munich apartment.  Once they entered his home, within minutes they discovered one of the most astonishing collections of modern art in the world, with long lost paintings from Picasso, Chagall, and Matisse among the works.  Experts have estimated the entire collection to be worth more than $1.4 billion.

Gurlitt had been sporadically selling the odd canvas through the years whenever he needed some money, and he stored the paintings in a dark, narrow room behind a wall in his Munich apartment.  There are international warrants out for at least 200 of the works that were found in his home.  The works have been traced to their original owner, Paul Rosenberg, an art dealer who represented Picasso as well as Matisse, who was forced to leave his collection behind when he fled France in 1940.  The Nazis stole Rosenberg’s collection when they invaded France, but the collection is lucky to have survived at all.  Nazis categorized almost all modern art as “degenerate”, and most works were banned for being un-German or for being the work of Jewish artists.  Some works were confiscated or destroyed; others were sold to collectors for a low price.

The U.S. Holocaust Memorial Museum in Washington D.C. estimates the Nazis seized about 16,000 works of art in all.  There were at least 1,500 of these works discovered in Gurlitt’s Munich apartment alone, making it one of the largest recoveries of stolen art of all time.  The $1.4 billion collection is currently being held in a high security Munich warehouse until a decision is made on what to do with the paintings.