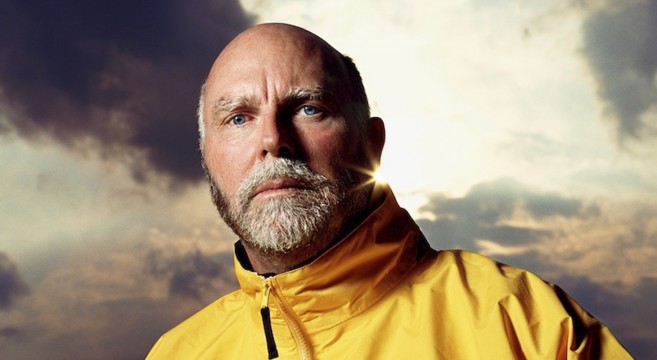 Digital DNA: A Mindblowing Conversation About The Future Of Synthetic DNA In The Digital Age

In 2010, scientists led by J. Craig Venter became the first to successfully create “synthetic life” — putting humankind at the threshold of the most important and exciting phase of biological research, one that will enable us to actually write the genetic code for designing new species to help us adapt and evolve for long-term survival.  The science of synthetic genomics will have a profound impact on human existence, including chemical and energy generation, health, clean water and food production, environmental control, and possibly even our evolution.  In his brand new book Life at the Speed of Light: From the Double Helix to the Dawn of the Digital Age, Venter presents a fascinating and authoritative study of this emerging field from the inside — detailing its origins, current challenges and controversies, and projected effects on our lives.  This scientific frontier provides an opportunity to ponder anew the age-old question “What is life?” and examine what we really mean by “playing God.”  Life at the Speed of Light is a landmark work, written by a visionary at the dawn of a new era of biological engineering.  Venter recently sat down with Charlie Rose for a mindblowing conversation and you can watch it in full below.  For more information be sure to visit the J. Craig Venter Institute, and pick up your own copy of his book at Amazon.  As Venter discusses in the interview, it’s one thing to have a few hundred people submit their DNA code for analysis, but we truly won’t unlock the mysteries of diversity in human life and other species until we obtain at least 10,000 DNA codes of each species.  That might sound like an overwhelming talk, but to learn why this could happen sooner rather than later CLICK HERE.  In October 2009 J. Craig Venter was named a recipient of the National Medal of Science.  Venter was awarded the Medal by President Barack Obama at a White House ceremony.

FAST FORWARD TO THE 20:42 MARK TO WATCH CHARLIE ROSE’S INTERVIEW WITH CRAIG VENTER: