Banner Photo #125: Philosopher Alan Watts On The Question “What If Money Didn’t Matter?”

In the Western World, the words “freedom” and “capitalism” are often used interchangeably.  This synonymity, of course, began with The American Revolution and the founding of democracy.  In Denys Arcand’s 2003 film The Barbarian Invasions, it was put best when one character turns to his friends around a dinner table and muses on the birth of America herself: “Philadelphia, USA, 1776. Declaration of Independence and the Constitution. Adams, Franklin, Jefferson, Washington, Hamilton and Madison.  No other country has been so blessed.”  I couldn’t agree more.  But over the course of 237 years, the beauty and potential of the words “the pursuit of happiness” have seemingly lost their way in a global village of consumption, materialism, greed, and self-absorption.

In a December 2012 feature published in Forbes by Susan Adams, the opening question reads: “Would winning the $500 million Powerball jackpot tonight make you happy?”  The answer is both a tiny bit of yes and whole lot of no.  Citing a 1978 study published in the Journal of Personality and Social Psychology, Adams explains how the researchers “interviewed Illinois State Lottery winners and compared them with non-winners and with people who had suffered a terrible accident that left them paraplegic or quadriplegic.  Each group answered a series of questions aimed at measuring their happiness level.  The study found that the overall happiness levels of lottery winners spiked when they won, but returned to pre-winning levels after just a few months.  In terms of overall happiness, the lottery winners were not significantly happier than the non-winners.  The accident victims were slightly less happy, but not by much.  The study showed that most people have a set level of happiness and that even after life-changing events, people tend to return to that set point.”

Adams provides a number of similar studies which prove that a bank account filled with millions of dollars does not hold the keys to happiness.  “The takeaway: sudden wealth is most likely to exaggerate your current situation, but it won’t fundamentally change your sense of well-being.  If you’re unhappy, you’re not good at managing money and you’re surrounded by people you don’t trust, a big win will probably make your problems worse.  If you feel fulfilled, you are a careful financial planner and you have strong relationships in your life, a lottery win is likely to build on those strengths.”

Western society conditions us from the day we are born to live and die by the “carrot and stick” philosophy of capitalism — fill that bank account of yours as big as possible and your life can truly begin.  As so many of us know, however, this illusion whitewashes the fact that the system is rigged against 99% of us, and has a pesky tendency of keeping our accounts either dry or in debt.  The end result has hundreds of millions of us showing up for work everyday running on a treadmill to nowhere.  As philosopher Alan Watts once said: “If you say that money is the most important thing, you’ll spend your life completely wasting your time: You’ll be doing things you don’t like doing in order to go on living, that is, in order to go on doing things you don’t like doing — which is stupid.”

Alan Watts spent his lifetime exploring the meaning of life and the nature of human existence, and in a new video created by the team at Evoke & Evolve entitled What If Money Didn’t Mattter?, Watts’ words are given a fresh new breath of life.  At first glance it appears to be a simple question, but it most certainly is not.  If we each take a deeper look inside ourselves and do the heavy-lifting required to find our individual answers to this profound question, we might just end up discovering a huge reset button for how we choose to live our lives.

Alan Watts (1915-1973) was a British-born philosopher, writer, and speaker, best known as an interpreter and populariser of Eastern philosophy for a Western audience.  Among Watts’ greatest works include: The Way of Zen (1957), one of the first bestselling books on Buddhism; Psychotherapy East and West (1961); the essay “The New Alchemy” (1958); and the book The Joyous Cosmology (1962).  For more on the life and works of Alan Watts be sure to visit AlanWatts.com.

SEE ALSO: How To Understand That A Meaningful Life & A Happy Life Are 2 Different Things
SEE ALSO: Finding Meaning At Work: Read Harvard’s Amazing “Finding The Job Of Your Life”
SEE ALSO: How To Avoid Work: Neil Gaiman, Amelia Earhart & Thomas Edison On Why You Must Quit Your Shitty Job 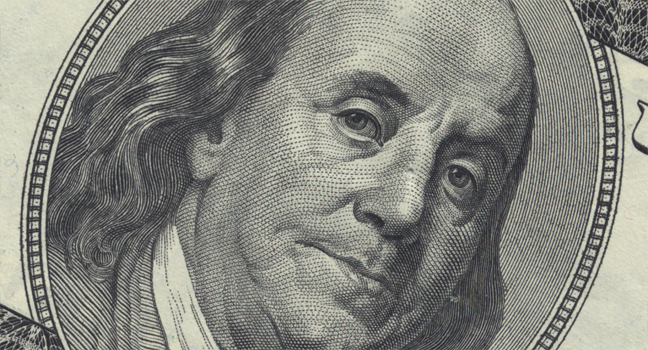 Previous post:
“Drive A Spike To Spica”: Here’s How You Can See Saturn’s Rings With Your Naked Eye In Tonight’s Sky Next Post:
You’re Welcome: Mo Kenney’s “Sucker” & MY BRIGHTEST DIAMOND’s “I Have Never Loved Someone”