“It Could Happen To You”: Shane Bitney Crone’s Tragic Story Is An American Tipping Point

In six years, Shane Bitney Crone and Tom Bridegroom built an extraordinary life together.  They fell madly in love with each other, started a business together, bought a home together, and travelled the world — together.  Five years into the relationship, the couple decided to come out to their respective families, and the response from each family provided an extreme study of contrasts.  Shane’s family welcomed the news with open arms and open hearts, celebrating the fact that Shane had finally found his soulmate.  Tom’s family, however, was anything but pleased.  Not only did his father threaten him with a gun and physically attack him, his “Christian” mother blasted him with: “Homosexuality is a sin”, and went so far as to blame Shane for turning her son gay.  Tom quickly hopped on a plane and returned to his love in California.

Tom’s shocking rejection by his family was a devastating blow, and served as a source of intense pain for both him and Shane.  Tragically, the following year Tom was killed after falling from a roof during a photography shoot in Los Angeles on May 7, 2011.  It’s been one year since Shane lost his one true love, and to commemorate the life of the man he loved so much, he released the following video It Could Happen To You, which provides an intimate and heartbreaking look at the beautiful life they shared together, and the tragedy that was made even worse by the events that occurred almost immediately following Tom’s death.  Within 24 hours, Tom’s mother arrived in California, terrorized Shane by going through his and Tom’s home and taking whatever she wanted — even going through Tom’s personal bank accounts — and fled Los Angeles with Tom’s body on a flight back to Indiana.  She and her husband prevented Shane from attending the funeral (under the threat of physical force), and proceeded to erase Shane from every corner of their son’s life and memory.  As Editor of FEELguide, I encounter a huge number of human interest stories every single week, and after watching Shane’s video I cannot even remember the last time I was so affected by someone’s personal story and cause.

I, myself, came out to an evangelical family in July 2001, and although my family always made it clear that I was deeply loved, the road towards an honest and true relationship with my family was made that much harder and that much longer thanks to the dogma of organized religion — dogma which after 2000 years of being distorted beyond recognition — resemble nothing close to the true message of Jesus Christ.  Heaven is not a patch of real estate in the sky that we are teleported to when we die.  Heaven is enlightenment.  And there are few things on this Earth that are less enlightened than the family of Tom Bridegroom.  Although life here in Canada is not always perfect, at least our Federal Government is enlightened enough to have legalized same sex marriage.  The same, however, cannot be said for the United States.

Although a handful of U.S. states have made the honorable move to legalize gay marriage, the Federal Government continues to discriminate by kicking the can down the road, thereby adding to the prolonged suffering of millions of Americans.  Thomas Jefferson helped build an America where the separation of Church and State was a pillar of the land of the free and the home of the brave.  Sadly, there’s nothing free or brave about Washington’s stance on gay marriage.

Help make the life of Tom Bridegroom become a tipping point in America’s fight for equal rights by tweeting and Facebooking Shane’s powerful video below, and having everyone you know do the very same thing.  To join Shane’s cause be sure to follow him on Facebook and Twitter.  To share Shane and Tom’s story with President Barack Obama be sure to visit WhiteHouse.gov and write directly to President Obama and Vice President Biden by CLICKING HERE.  To write to Secretary of State Hillary Clinton simply CLICK HERE.  To write your Senator CLICK HERE, and to write your Member of the House of Representatives CLICK HERE.  You can also visit Tom Bridegroom’s Facebook Memorial Page.

UPDATE (MAY 10, 2012): SHANE WAS RECENTLY INTERVIEWED BY ‘OUTCAST’ AND YOU CAN DOWNLOAD THE FREE PODCAST VIA iTUNES BY CLICKING HERE. 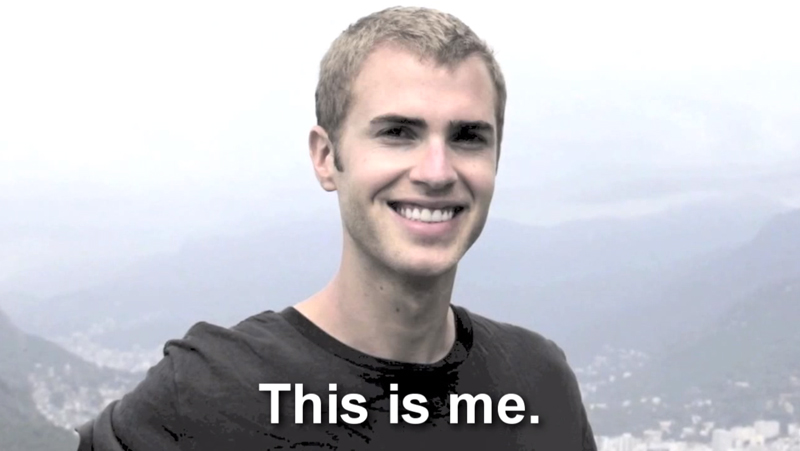 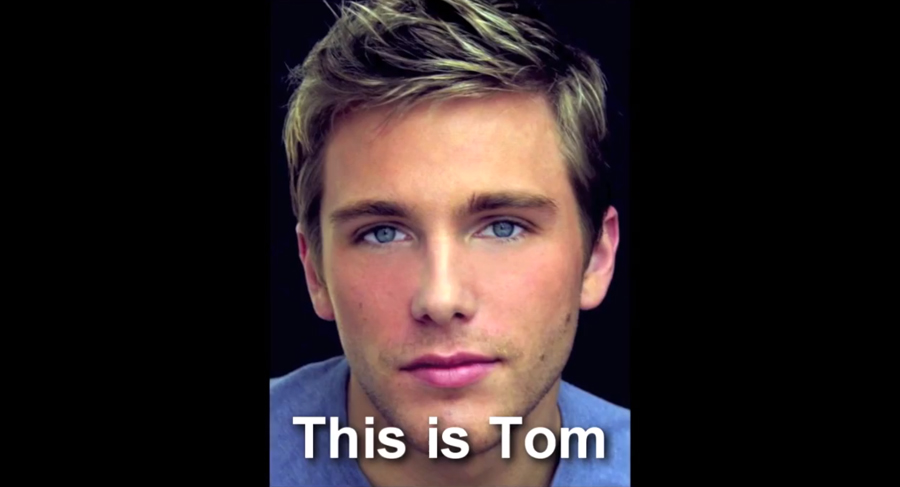 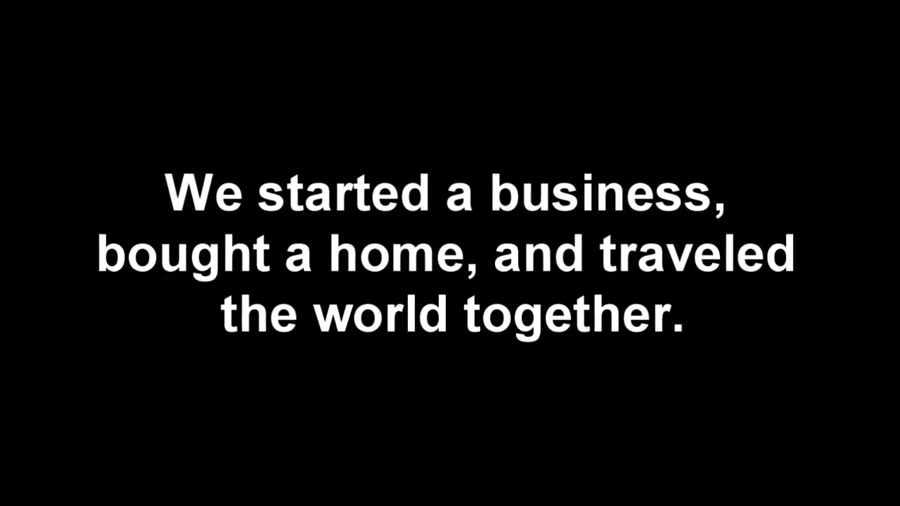 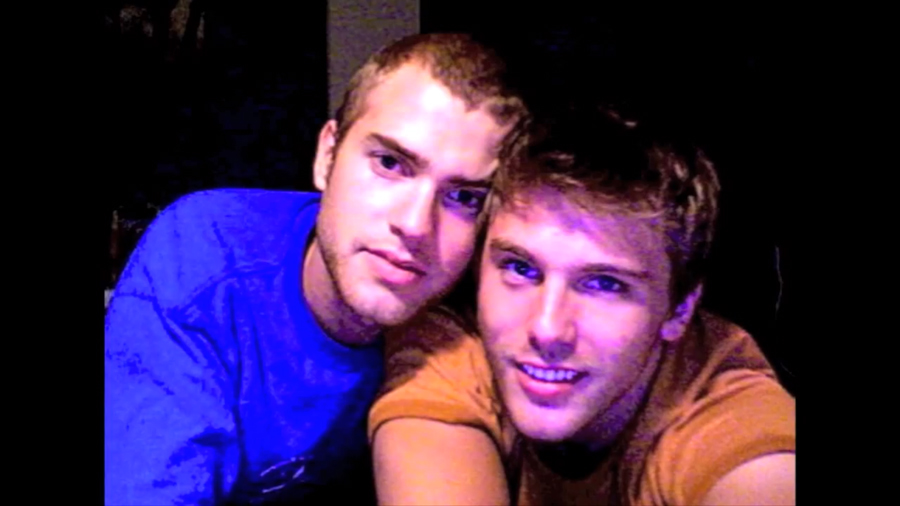 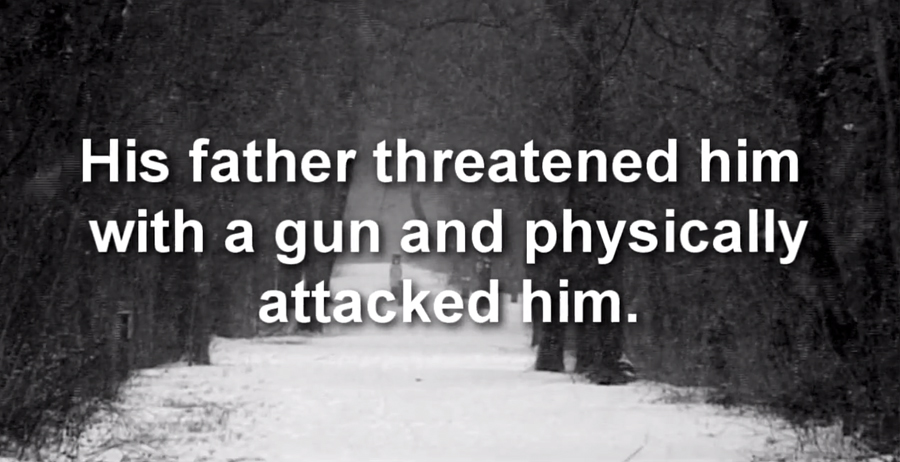 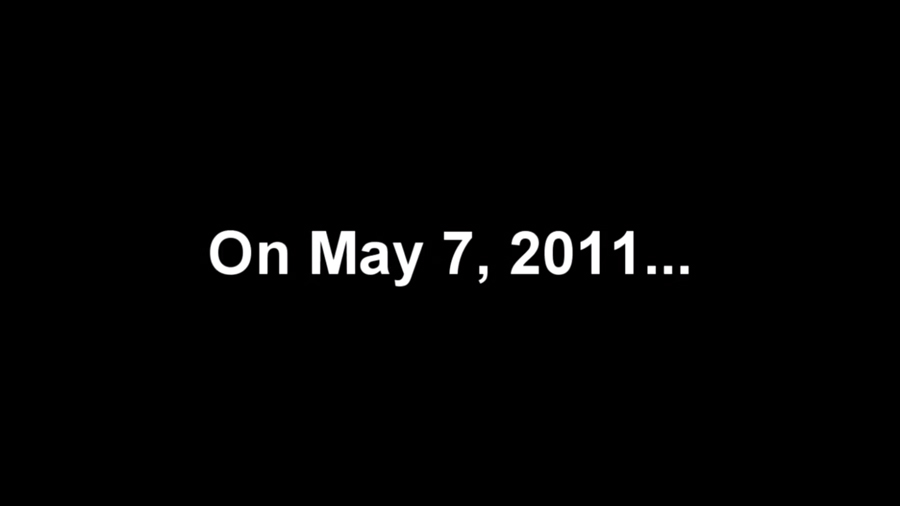 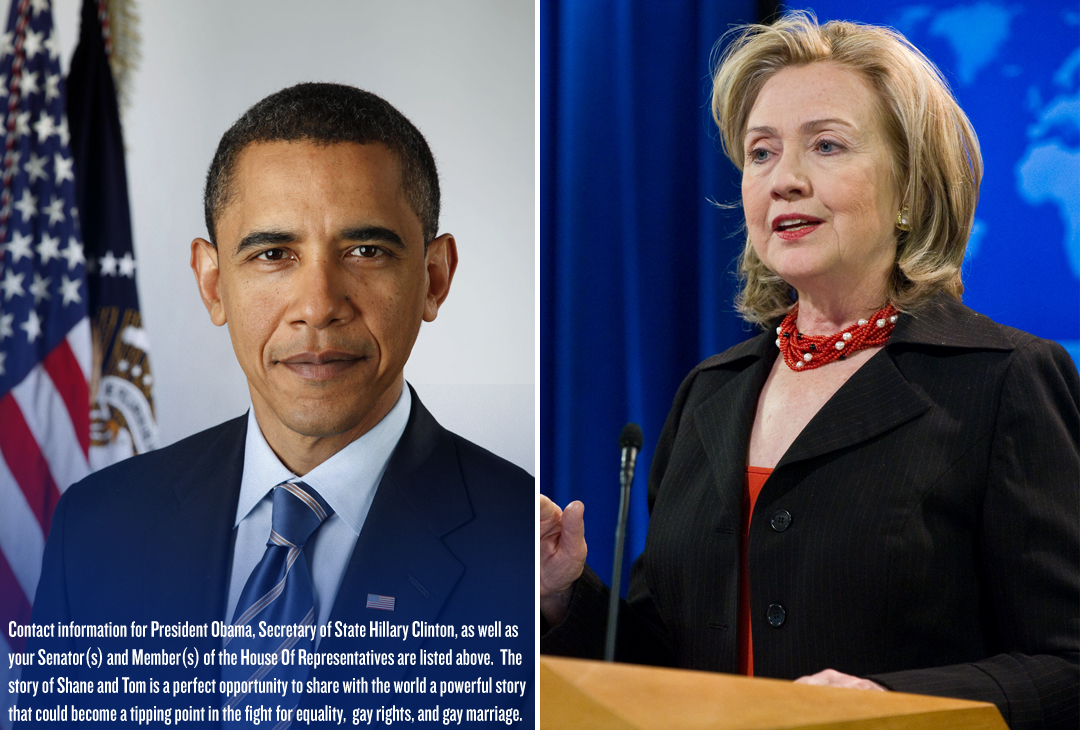