Steven Pinker is a prominent Canadian-born American experimental psychologist, cognitive scientist, and popular science writer known for his spirited and wide-ranging advocacy of evolutionary psychology and the computational theory of mind. In 2004 he was named one of TIME Magazine’s 100 Most Influential People In The World, and one of Prospect And Foreign Policy’s 100 Top Public Intellectuals in 2005.  Pinker’s academic specializations are visual cognition and language development in children, and he is most famous for popularizing the idea that language is an “instinct”. His four books for a general audience, The Language Instinct, How the Mind Works, Words and Rules and The Blank Slate have won numerous awards. Pinker is currently the Johnstone Family Professor of Psychology at Harvard having previously been director of the Center for Cognitive Neuroscience at the Massachusetts Institute of Technology.  Pinker recently sat down with Charlie Rose, and Rose opens the interview with: “Five years ago, Steven Pinker was asked this question, ‘What are you optimistic about?’  Surprisingly, his answer was the continued historic decline in violence over the years.  In fact, he proposes that we’re living in the most peaceful era in our species’ existence.  In his new book ‘The Better Angels Of Our Nature: Why Violence Has Declined,’ Pinker explores this intriguing idea.”  It’s a brilliant one-on-one, and to learn more about the work of Steven Pinker be sure to visit StevenPinker.com and follow him on Facebook.  To purchase your own copy of The Better Angels Of Our Nature simply head over to Amazon. 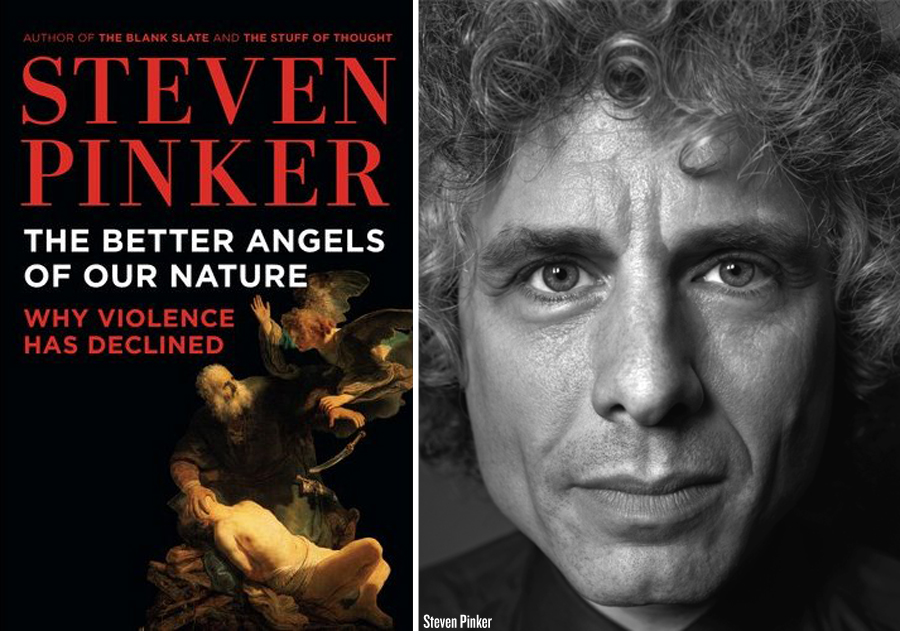