Interview magazine just published this incredible feature profile and interview with David Lynch, the vanguard director of dreamlike and disturbingly allegorical films such as Eraserhead (1977), The Elephant Man (1980), Blue Velvet (1986), and Mulholland Drive (2001) — movies that are as idiosyncratic and independently spirited as movies come, yet consistently flirting with a kind of mainstream Americana.  Interview opens the feature with: “Lynch’s career, though, has, in many ways, embodied the great dichotomies in his work.  As a director, his characters are almost neoclassical, wholesome archetypes that one might find in the movies of the ’50s and ’60s by directors like Nicholas Ray and Billy Wilder; yet his films are also uncompromising explorations of the societal identity and the dark underside of American dreaming.  And as much as he has created within the confines of popular culture, he has continued to be an outlier; he has been nominated for three Academy Awards for directing—most recently in 2001 for ‘Mulholland Drive’.”  It’s a fascinating sit-down, and the following is a short excerpt:

DIEHL:  Jean-Luc Godard once said, “All you need to make a movie is a girl and a gun.”
LYNCH:  Nope, you don’t need much more than that.
DIEHL:  The tagline to your last film, ‘Inland Empire’, was “A woman in trouble,” which I also thought could be the tagline to many of your films. In so many of them, the women become the emotional pivot for the action.
LYNCH:  There are men and women in the world, and they’re different in many ways. It’s really beautiful and interesting when the two meet. When a certain girl and a certain guy get together, certain things are going to happen. It’s always these combos and different characters coming together in a story that make certain things happen. These things are what kind of makes it, and the women play a huge role.

The entire transcript includes Lynch’s thoughts on the importance of furniture, his current obsession with a lithography studio in Paris called Idem, Francis Bacon, his design for the Paris nightclub Silencio, coffee, how iconic L.A. radio station KCRW thought his dance music composition “Good Day Today” was made by Underworld when they first listened to it, and why he will never make another film without having control of the final cut.  You can read the full interview by visiting Interview magazine.  Be sure to follow Interview magazine on Facebook, and for all things Lynchian simply head over to DavidLynch.com and follow him on Facebook.  And for more information on the AMAZINGNESS that is The David Lynch Foundation For Consciousness-Based Education And World Peace you absolutely must visit DavidLynchFoundation.org and tell everyone you know on this Earth about it.  Why is it so important?  Take a listen to David’s answer in the video below for the incredible explanation. 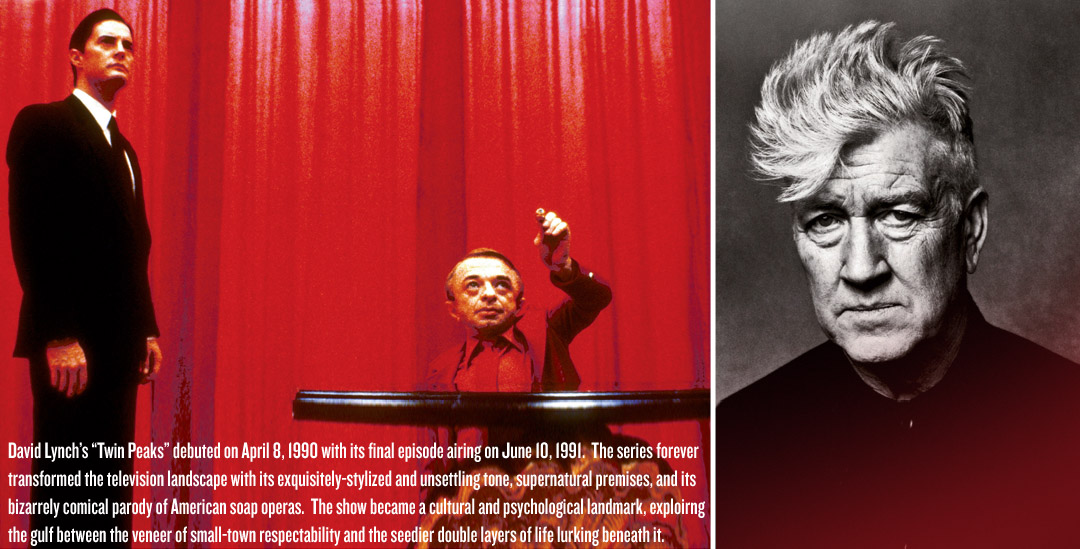 Previous post:
The Hottest News Anchor In The Universe: Meet Paris’s Own Julian Bugier Of The FRANCE 2 Network Next Post:
Close Your Eyes And Float Away With Lars-Erik Larsson’s “Pastoral Suite Romance” From 1938