FEELguide’s #1 Album Of 2011: Active Child’s Extraordinary And Life-Affirming Magnus Opus “You Are All I See”

“After silence, that which comes nearest to expressing the inexpressible is music.”  This piece of wisdom from Aldous Huxley seems à propos when considering how powerful of an effect Active Child‘s album You Are All I See has had on me since its release on August 23, 2011.  No other album this year has come close to generating more imagination, emotion, and rumination in my life.  If music expresses the inexpressible, then how on earth can one adequately express the inexpressible admiration for a work of art of such staggering brilliance?  One song — easy.  Two songs — sure.  But an entire album as incredible as this is difficult for me to wrap my head around.  Since I started FEELguide in September 2010 I have reviewed films, books, and other works of art, but music is something entirely different.  It’s for this reason I have far more respect for the great music critics of the world than I do for those in film, design, literature or other cultural fields, because if there’s one thing I’ve come to learn in my experience in architecture, cinema, writing, and all things inspiring and imaginative, it’s that music is the most powerful of all arts.

Admittedly, if music is the most powerful of all arts then it’s obvious from the paragraph above that I also find it to be the most intimidating.  So I’m going to spare you from any trivial nonsense that comes to my mind when reviewing an album of such immense strength and elegance as You Are All I See, because in my opinion Active Child’s magnus opus speaks for itself.  What I am reminded of though, is perhaps the best description of the difference between femininity and masculinity that I believe exists.  Femininity, it has been said, expresses the idea that there are things worth living for; while masculinity is the idea that there are things worth dying for.  You Are All I See is a seamless fusion of both.

For all things Active Child be sure to follow him on Facebook as well as ActiveChildMusic.com.  To pick up your own copy of the album and support Active Child simply head over to iTunes (the band is also offering a free download on their website if your financial situation is tight).  And I cannot finish this article without letting you know about what Active Child referred to last night on their Facebook page as The YouTube Comment Of The Year.  They remained cryptic by asking their fans to guess which song it applies to, but the comment they’re referring to reads: “This song is like… entering the most magical vagina the earth has ever known. The pink drapes push aside to reveal a candle lit lounge where a bunch of sperm are offering to buy one really hot egg a drink with the hopes of going back to her place.”  Love it!  For an archive of all FEELguide posts related to Active Child CLICK HERE.  Below are a few of my favorite tracks from the year’s best album. 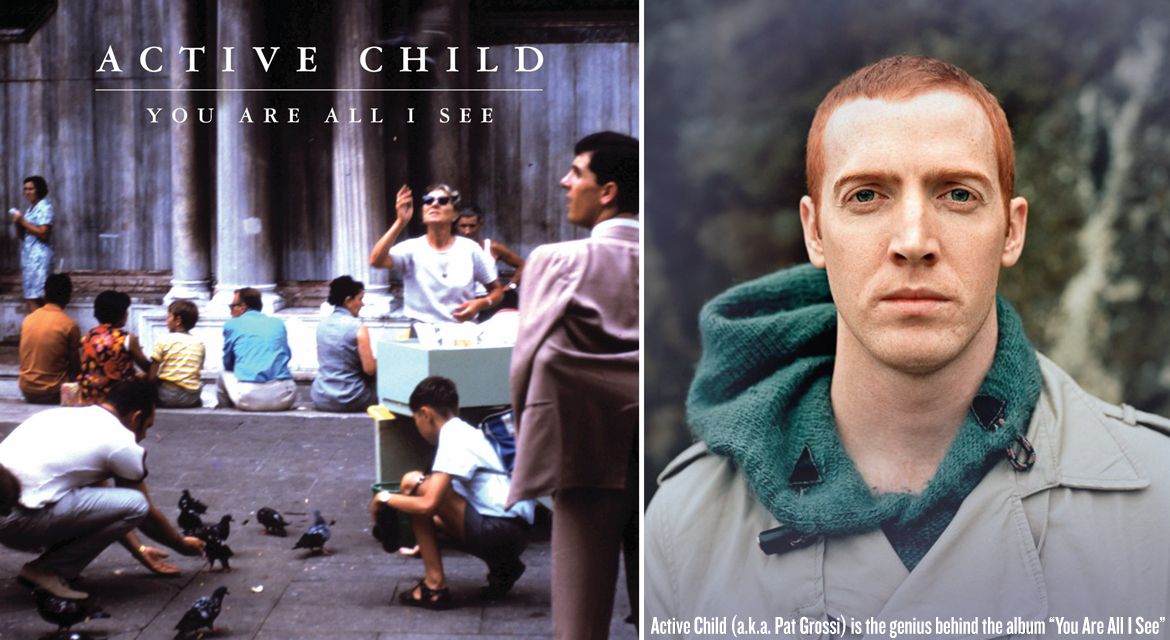 Previous post:
How Beavers Built North America From The Arctic To Mexico And Continue To Protect Us Against Cancer Next Post:
The WOW Files: Joshua Kirsch’s “Concentricity” Interactive Light Sculptures Are Out Of This World