For his contribution to the 54th Venice Biennale (June 4, 2011 – November 27, 2011) Argentinian artist Adrián Villar Rojas (born 1980) asked himself the question: “What will the last piece of art ever to be made by a human look like before we disappear from the face of the earth?” His answers led him to create the massive site-specific sculptures of clay with internal structures of cement, bulap and wood.  Entitled “The Murderer Of Your Heritage”, the pieces took more than two months of on-site construction to complete with the help of builders, engineers, and a team of fellow sculptors.  Not only is Rojas the youngest artist to be given the honor of being the national representative for any participating country since the Biennale’s debut, his selection also means Argentina is the first Latin American country to participate in the festival since 1901.  His “half machine, half plant” monolithic sculptures take the form of hybrid beings that exist somewhere between reality and fiction and appear as if they come from some far away galaxy.  Rojas conviction that there are multiple universes that exist also impact the resulting work and seem to indicate a parallel path that our own civilization may have taken, or could very well be taking at this precise moment in another dimension.  His exceptional creations have earned Adrián Villar Rojas the 9th Benesse Prize for the most “promising artist trying to break new artistic ground with an experimental and pioneering spirit.” To see more photos and read the review of the show be sure to visit Yatzer. 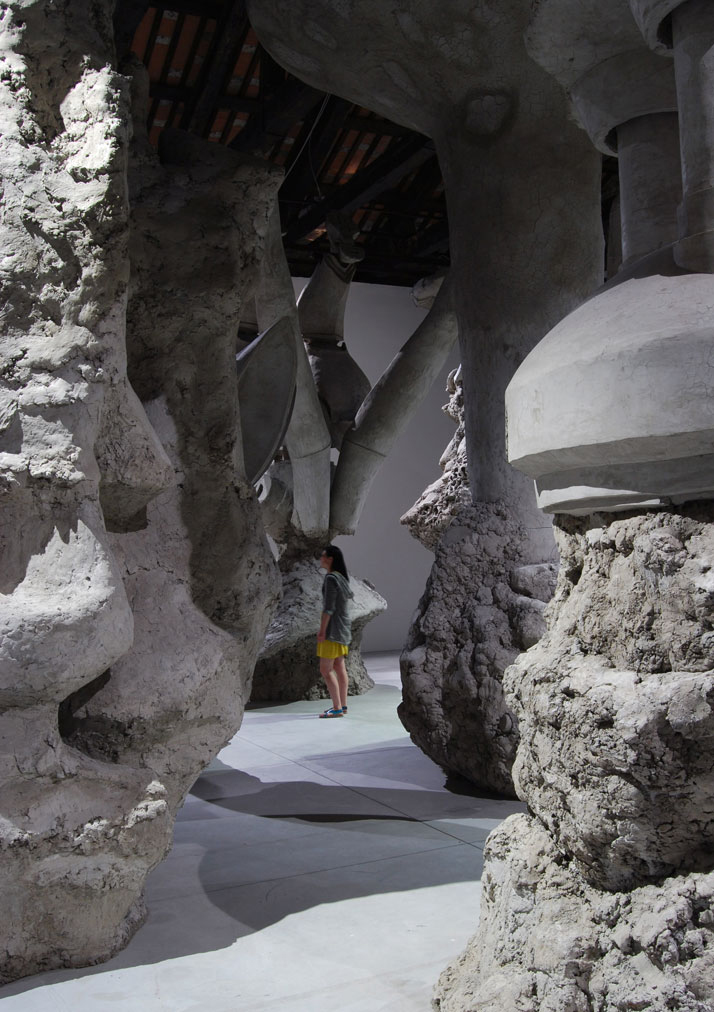 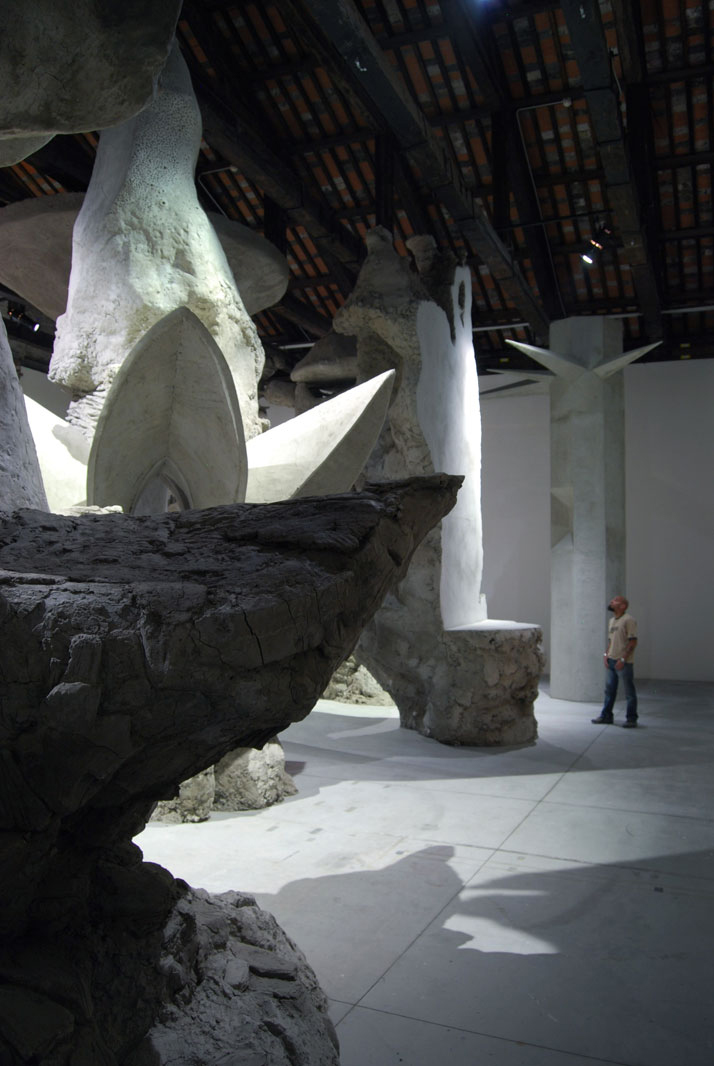 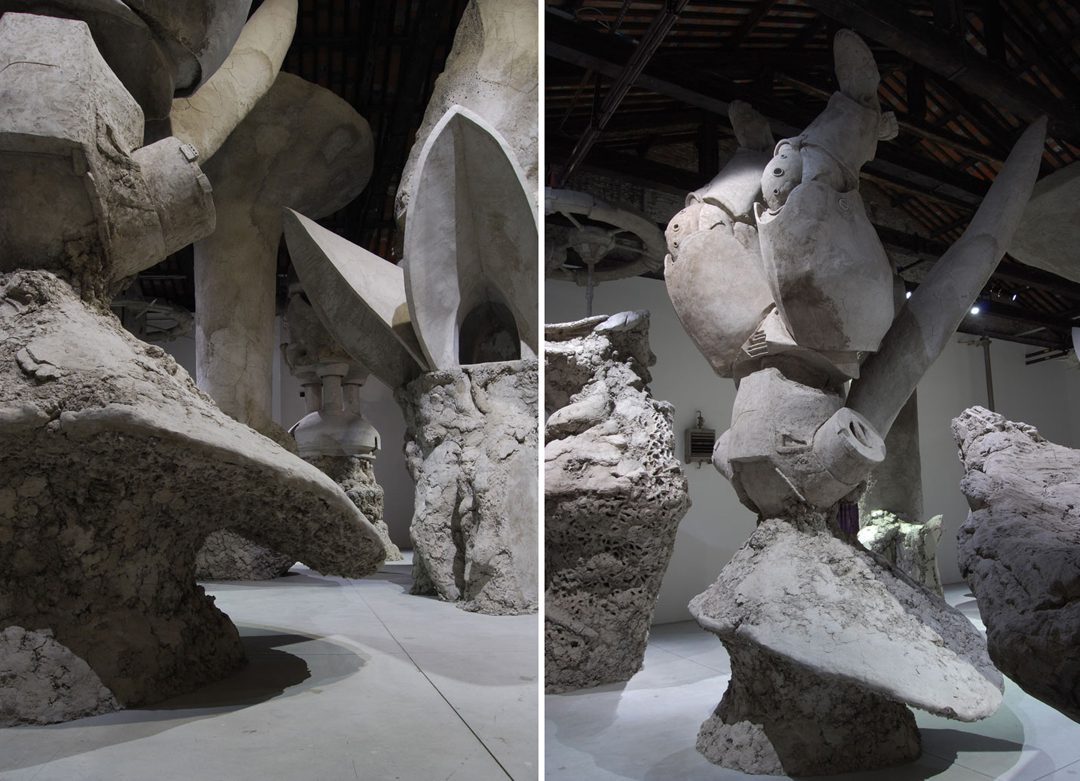 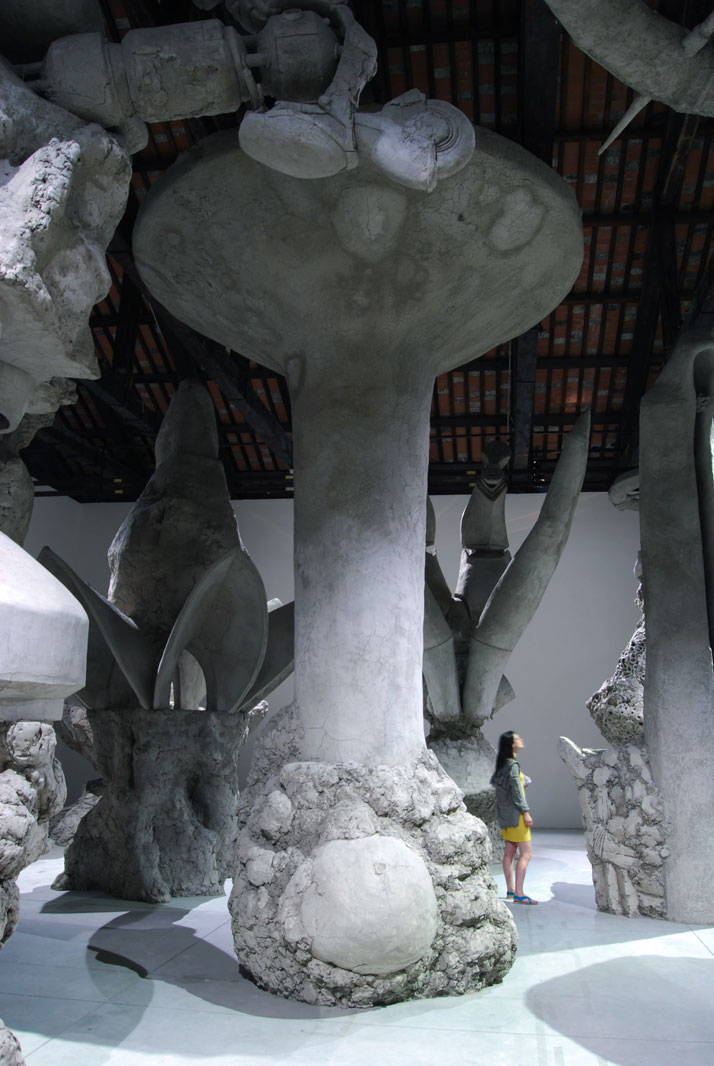