Anamorphic Architecture: Bringing Our Cities To Life With Light

The students of David Hall’s studio class (at IDAS Hongik in South Korea) are currently exhibiting a show at the Corner Gallery in Samchung Dong.  Using small-scale models instead of large, the students are bringing inanimate objects to life using lightmapping:

Each artists developed low polygon forms from basic primitives and through a series of deformations and replications produced a structure with minimal data in Maya. These structures where then developed (made planar) in order for them to be printed two dimensionally. This enabled the surface to be re-constructed back to its original 3D form. As the object exists in 3D in both digital and analog form this allows us to project animations and graphics back onto the object from the digital version with relative accuracy. In effect the form exists in digital and analog spaces simultaneously.

You can see and learn more about David Hall’s brilliant work by clicking HERE. 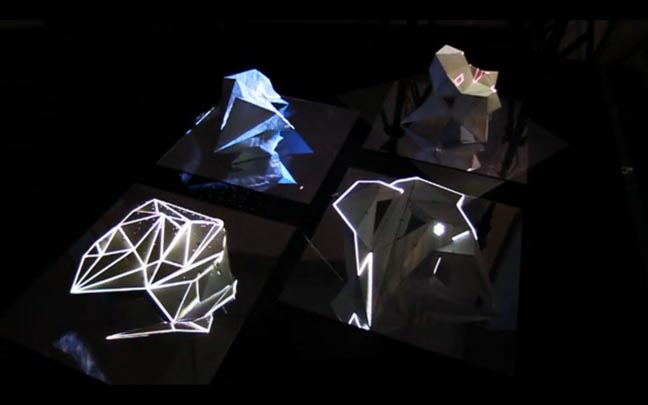 As fun as these artistic experiments are to look at, this technology actually has huge implications for the future of architecture.  One of the most memorable days of my architectural education came when I was on a 4-month exchange in Italy (mostly Rome) with our professor Tom Dubicanac.  While taking a month-long trip through northern Italy, me, Tom, and 20 of my closest friends went on the hunt for the some of the most important architectural gems in western architecture.  While in Siena I remember standing with Tom and him telling me why the Siena Cathedral (1215-1263) is so significant.  Turns out, its ribbons of light coral pink and deep burgundy stone stripes served as one of the earliest and most intense architectural examples of dematerialization, a way of “dissolving” a blocky mass by illusory use of stripes (similar to a fast-moving Kalahari zebra which creates a blur, thereby confusing its predator).  Of course the Siena Cathedral won’t be hopping up on all fours and running through the hills of Italy anytime soon, but it was a brilliant new way of bringing a building to life and it had a huge influence on countless architects thereafter.  I feel much the same way about light-mapping technology in 2011 as the architect of Siena’s Cathedral felt about striped ribbons of stone in 1215.  Light-mapping is just in its infancy but I cannot wait to see how far we can push this to transform the urban fabric, not so much into the Kalahari, but perhaps more akin to the bioluminescent creatures of the deep sea. 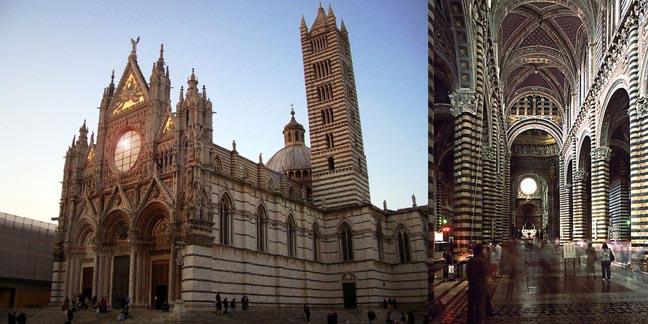 Previous post:
The “Robo Rainbow” Vandalizing Graffiti Machine On A Bike Next Post:
UFO In Jerusalem Was Directly Above The Dome Of The Rock, More Videos Surface