Pterosaurs are ferocious flying dinosaurs thought to have been extinct for 65 million years.  However, there is physical evidence of gigantic nesting sites in some of the mountainous cliff areas of Papua New Guinea.  What’s more the natives there have been reported as being fearful of animals that fit their description and given eyewitness accounts.  The animals were described as being large in diameter, with bat-like wings connecting to an elongated beak.  There were reports of razor sharp teeth and claws and a lengthy whip-like tail with a split or flange at the end.  The Ropen or “Demon Flyer” is a monstrous animal that is said to have terrified the natives of Papua New Guinea for thousands of years.  Another smaller animal, known as the Duah, is possibly related to the Ropen, a cryptid creature said to haunts some of the far-flung outlying islands.  The flying animals described are said to “glow” in the dark, as reported both by locals and researchers.  It has been hypothesized that the bio-luminescent glow assists the animals’ effort to hunt and catch food in the deep darkness of the tropical night. One of the researchers, David Woetzel, has said that he recorded images of the animals while studying them.  Believing that a type of animal such as the Ropen or the Duah exists is relatively hard to imagine, but not improbable when we think of new species of animals, flowers, microscopic organisms being found every day.  Maybe another definitive piece of data, for example regarding habitat, would provide a more solid defense that the animals do exist.

Although it is said the Ropen look alike, apparently they reside in different areas. The Ropen is presumed to exist in Papua New Guinea while the Duah resides along the outlying islands.  Information regarding this pterosaur arose at the British Association’s Science Festival in Dublin. It was the first animal with a backbone in place that could fly. Facts were described by Dr. David Martill of Portsmouth University from work carried out by Dino Frey of the German Staatliches Museum fuer Naturkunde in Karlsruhe.  The size of the animal and dimensions indicate that it may have had a wingspan of at least 18 m, this being determined from wing bone fragments discovered.

Conventional-thinking zoologists believe that the animals do exist and currently inhabit Papua New Guinea’s ancient rainforests and tiny offshore islands. They are willing to believe that the animals exist mainly because they claim to have seen them firsthand.  Those supporting the existence of living pterosaurs are called crypto-zoologists.  However, conventional-thinking zoologists seem to think that if living pterosaurs did exist, the finding would refute ethical geological timetables and even evolution.  Still, disputing what is geological consequence would take more than the unearthing of an existing species of pterosaurs.  The discovery would only show that a remaining group of animals persisted longer than what was initially considered.  However, maybe there was just a misidentification.  It cannot be ruled out.  It is reasonable to take into consideration the idea that birds of substantive sizes do exist and can appear as pterosaur-shaped animals against a darker hue or from afar. 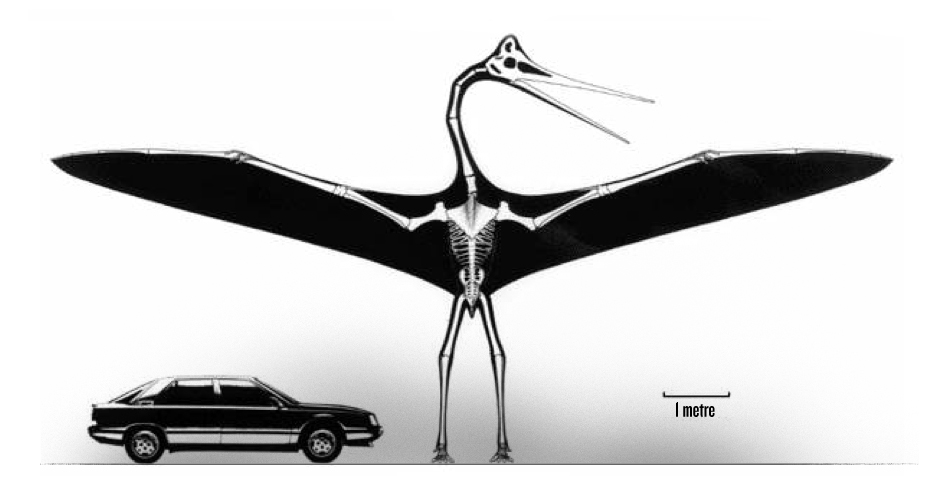