1) His full name is Aloysius Snuffleupagus.
2) For more than 14 years, Big Bird was the only character on “Sesame Street” who could see Snuffy…he was BB’s imaginary friend.
3) Some of the grownups on the show came to believe Big Bird about the existence of Mr. Snuffleupagus and he was revealed to them in November 1985.
4) Snuffy’s reveal came about because of some high-profile sex abuse cases: “In an interview on a Canadian telethon, Snuffy’s performer, Martin P. Robinson, revealed that Snuffy was finally introduced to the main human cast due to a string of high profile and sometimes graphic stories of pedophilia and sexual abuse of children that had been aired on such shows as ’60 Minutes’ and ’20/20′ in the early-mid 1980s.  The writers felt that by having the adults refuse to believe Big Bird despite the fact that he was telling the truth, they were scaring children into thinking that their parents would not believe them if they had been sexually abused and that they would just be better off remaining silent.

So fascinating.  I remember how big of a deal it was when Snuffy was revealed.  I was in grade five and everyone at school was so excited about it.  I would have never imagined in a million years that something as dark as child abuse was the reasoning behind the unveil.  My only complaint to the producers of “Sesame Street” is their continued closeting of Bert and Ernie’s long-term committed relationship.  Come on y’all, it’s 2010. 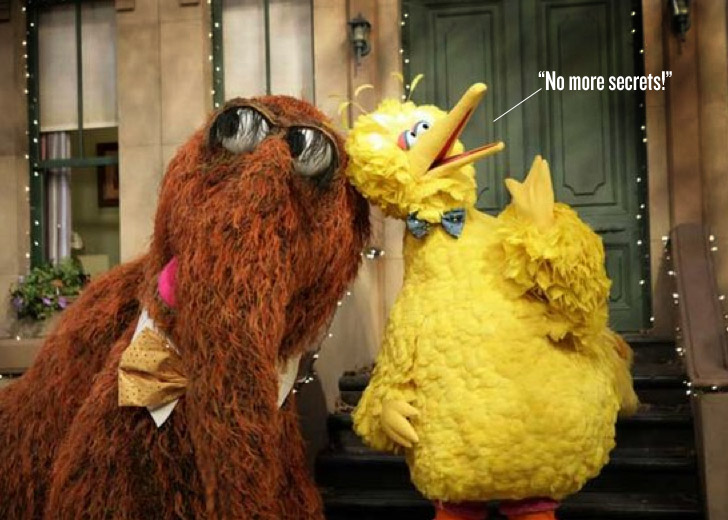