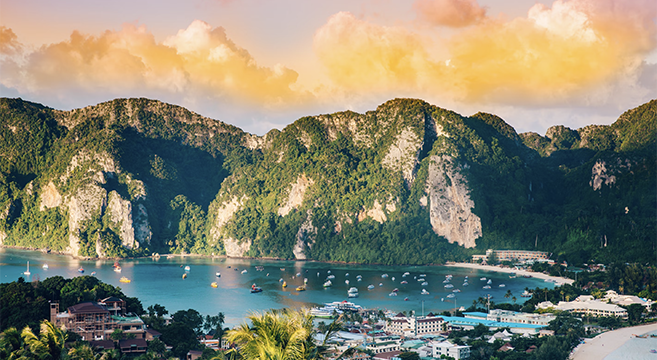 The Best Areas in Thailand for Adventurous Travellers

There’s no doubt that international travel has taken a significant hit in the wake of the coronavirus pandemic, with areas such as Thailand (which is especially reliant on tourism as a key source of revenue) particularly adversely affected.

The good news is that pre-pandemic levels of tourism are expected to return to Thailand in the near-term, with this number having grown markedly over the course of the last decade.

For example, the number of tourists visiting Thailand increased from 35.35 million in 2017 to 38.28 million in 2018, while the number jumped again to 39.92 million 12 months later. We should see this number rising once again this year, with most Covid-19 restrictions having been removed completely.

If you do intend to visit Thailand, however, which regions are the best and most popular? We’ll explore this below, while looking at the best locations in the north, south, east and west.

We’ll start with the north and Thailand’s iconic capital of Bangkok, which is a bustling metropolis that’s home to more than eight million people.

This city also offers a rich and diverse cultural mix, however, melding an incredibly skyline of towering buildings with access to some of the country’s best temples, palaces and places of worship.

It’s also a great place for an evening walk, with many canals networking throughout the local neighbourhoods. As you can imagine, Bangkok is also popular among shoppers, with various centres available including the incredibly luxurious Siam Paragon and travel-inspired Terminal 21.

Another popular northern location is the Wat Rong Khun, which may be better known to travellers as the White Temple. This is a privately owned art exhibit which has been designed in the style of a Buddhist temple and has been open to visitors since 1997.

The East is home to some of Thailand’s most popular coastal locations, many of which stretch down to the country’s picturesque southeast region.

Trat is perhaps the most popular eastern province, with this location sharing borders with Cambodia and the Cardamom Mountains. It also has a coast with the Gulf of Thailand and is home to numerous white-sand beaches and beautiful coral reefs (many of which adorn the stunning Mu Ko Chang National Park).

Just three hours to the southeast of Bangkok also sits Koh Samet, which is Thailand’s favourite weekend beach getaway for both locals and international visitors.

When it comes to the south, this is Thailand’s go-to place for adventure vacations and a hedonistic overseas experience.

At the heart of this is Phuket, which is a mountainous and rain forested island that sits in the Andaman Sea. Here, you’ll find some of Thailand’s most popular beaches and excursions, which sit beside famous seaside resorts and some of the best eateries in the whole of the country.

Just 120km northwest of Phuket are the Similan Islands, which form a stunning archipelago that also sits in the Andaman Sea. Here, you’ll enjoy some of the best and most exciting watersports imaginable, as you explore clear, deep blue waters and some fascinating marine life.

No trip to Thailand’s south would be complete without a visit to Koh Pha Ngan, which is an island in the southeast that hosts its monthly Full Moon Party. This hedonistic, night-long event is famous throughout the world, and a major draw for travellers from across the globe.

If you’re interested in sampling some of Thailand’s unique history while overseas, you should probably head to the western region of the country.

Here, you’ll find the historic town on Kanchanaburi, which is known for it’s so-called “Death Railway”. This was built during World War II, while displays at the near-by JEATH War Museum pay homage to the prisoners of war who died during the construction of the bridge.

However, you can still enjoy some sun-kissed fun in the west, with the beach resort town of Hua Hin situation in the northern part of the Malay Peninsula.

This is a quiet and quaint resort town, and one that provides a classic beach experience away from the hustle and bustle of the south.

Previous post:
The Ultimate Guide for Making Clever Housing Decisions Next Post:
Take a Closer Look at the Therapeutic and Mind-Altering Effects of Cannabis