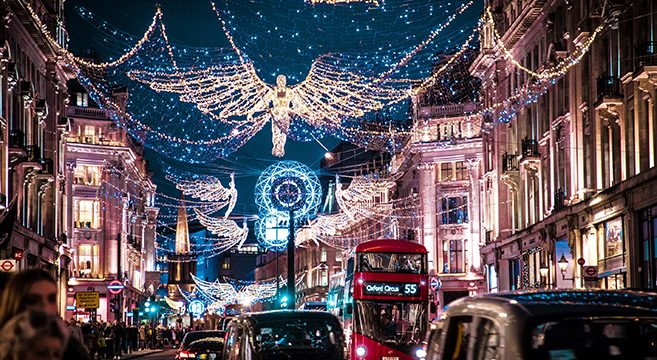 Exploring Great Britain: Facts About The UK No One Told You About

Great Britain is a collective name for England, Scotland, Wales, and their surrounding islands. Northern Ireland is not part of Great Britain. Instead, it is a part of the United Kingdom. Great Britain’s influence on the world is incredible. From there came the English language, Shakespeare, The Beatles, and myriad other things. It is also a global financial hub. What many people don’t know about Britain however, is that it has some of the world’s most beautiful and tranquil countryside and lots of things to see. This article will now tell you a little bit more about exploring Great Britain:

Humans have lived in Britain for many thousands of years. And, as one might expect, they have left behind many structures and lots of evidence. Scattered across Great Britain are many prehistoric sites. The most popular prehistoric site in Britain [and perhaps the world] is Stonehenge, an enigmatic stone circle believed to have played a role in druidic rituals. There are other prehistoric sites, including Long Meg and Her Daughters, a stone circle where the stones are supposedly the petrified bodies of witches, cursed for dancing on the Sabbath.

Because Britain is such an ancient and historically rich country, metal detecting can be quite a lucrative hobby. Many people spend time researching British coins, then go out to see what they can find. There have been treasure troves discovered up and down the British Isles, some dating back to the Roman occupation of Britain. The rules regarding metal detecting in Britain as clear. If you are searching on private land, you must seek the landowner’s approval. If you find what constitutes treasure, then you must surrender it and it becomes the monarch’s property. With that said, you will be compensated for handing it over.

Britain is not a particularly large place, but because of its vast history and the many peoples who have settled there, tradition and culture vary wildly depending on where you are. Those who lived in proximity to London have completely different cultural traditions than people who live near to Newcastle. Food and drinks also differ. Those from the Scottish Highlands are nothing like those found in the valleys of Wales. This means that wherever you go in Britain, you are bound to find something new, and encounter new customs.

Britain’s countryside is diverse and beautiful. It is unlike anywhere in the world. Britain has no wild predatory animals anymore because they were hunted to extinction. With that said, badger attacks have been reported, although they are extremely rare. Britain’s countryside has been captured by artists, poets, and writers for hundreds of years. The country’s climate is mild, which allows vegetation to thrive. In the summer, the countryside comes alive with flowers, animals, and life. In winter, it is equally as beautiful, but in a different way. If you are exploring Britain, there’s no better to explore than the countryside.

Britain came into its own during the medieval period, and it is this period that is perhaps the best known out of all of Britain’s history. During the early medieval period, Britain was ruled by feudal Anglo-Saxon kings, who had their own kingdoms. Because of this, the country has hundreds of castles and fortresses, many of which are still in good condition and visitable to this day. If you are interested in medieval history, then Britain is certainly somewhere you will want to go. There’s no shortage of historically significant medieval sites for you to visit.

Something many people are not aware of is that Britain was occupied for hundreds of years by the Romans. The Romans left an indelible mark on the early Britons, who emulated Roman society. There are many remaining Roman structures still standing in Britain today. The most famous [and popular] is The Roman Baths in Bath, in the west of England. With that said, there is also of course Hadrian’s Wall which is much more historically significant, but because of its geographic location in the far north of England, is seldom visited by southerners. There is also a fort reconstruction located in South Shields.

As one might expect from Britain, there are an almost infinite amount of museums and galleries there. Unquestionably the most popular is the British Museum, located in London. Near to the British Museum is the Victoria and Albert Museum, and the Natural History Museum. As far as galleries go, London has some of the world’s best. In London, you can find the Tate Modern, the British Gallery, the Tate Britain, and the Wallace Collection. These galleries have some of the world’s most famous works of art housed there, so they are worth visiting.

Because Britain has a perfect balance of rain and sun, lots of beautiful plants can grow there. And, those that can’t are be grown in greenhouses. Britain has an obsession with botanical gardens. If you enjoy visiting botanical gardens and find them interesting, there’s no shortage of gardens for you to see in Britain. One of the most popular is Kew Gardens, but Edinburgh Royal Gardens is perhaps just as good. There is also the Oxford Botanical Gardens and Cambridge University Botanical Gardens. In Britain’s southwest, you can visit the Eden Project, a one-of-a-kind plant conservation initiative.

If you are an outdoor sportsman, then there’s no shortage of sports for you to participate in while in Britain. Among Britain’s country folk, clay pigeon shooting and fishing are the most popular. Among city folk, cycling, rugby, football, and cricket are all very popular. If you want to participate in clay pigeon shooting, then you will need to apply for a license. The company with whom you apply to shoot will arrange this for you In terms of fishing, you will need a fishing license also, which you can buy online. You will also have to pay a commercial fishery for the right to fish on their waters.

Photo by Jamie Davies on Unsplash

Previous post:
9 Great Fishing Tips That You Should Know About Next Post:
An Easy Guide To Planning The Perfect Road Trip