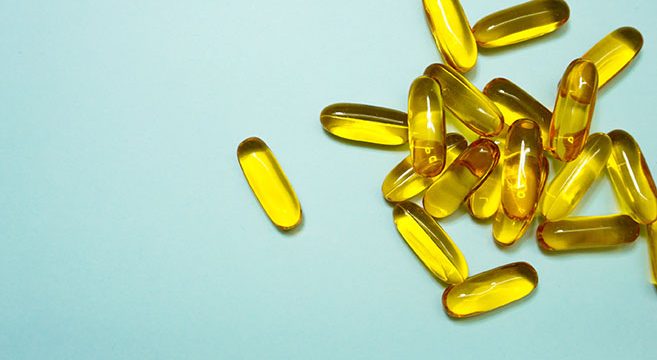 6 Brain Fitness Tips To Remember: Which Supplements You Could Use Safely

It’s no secret that we need to take care of our brains. Unfortunately, it’s not always easy to know what supplements will give us the best boost for different areas of cognitive function. Some people recommend certain brain foods or do crossword puzzles, while others would rather take a supplement to get their mental edge back.

In this blog post, you’ll find out about the six most popular ways in which you can keep your brain safe and healthy with supplements.

Omega-three fatty acids are one of the most popular supplements for boosting brain health. They have been shown to improve mood, increase brain growth, and even help people who suffer from memory loss or ADHD. Although these nootropics may not be necessary for everyone, they’re a great addition to your supplement routine if you feel like your mental energy is lacking. Omega-three fatty acids are most commonly found in fish oils and krill oil supplements, which you can easily purchase at any health food store or online.

For the best results, take omega-three fatty acid supplements in conjunction with a healthy diet that includes fish and other foods rich in these nutrients.

B vitamins can help improve your focus, mood, and memory. They are also essential for the process of energy production in our body cells and have been shown to decrease depression symptoms and increase energy levels.

If you’re looking for a B vitamin supplement that’s safe and effective, try taking Vitamin B complex supplements or multivitamins that include B-complex.

B vitamins are most commonly found in breakfast cereals, brewer’s yeast, and meats such as chicken liver or kidney. If you don’t consume these foods often, talk to your doctor about taking a B vitamin supplement that is safe for use with medication or for those with certain health conditions like diabetes or hyperthyroidism.

You can also find b vitamins in many foods that we eat regularly, such as pork chops, beef liver, eggs, and vegetables like spinach or kale. If you avoid these foods for dietary restrictions or lifestyle choices, talk to your doctor about taking a safe B vitamin supplement.

If you’re pregnant or breastfeeding, don’t take B vitamin supplements without first talking to your doctor about whether they are safe for you and your child.

Vitamin D may be the answer for those looking for a vitamin supplement that can help with brain health. Studies show that people who have low levels of this nutrient are more likely to suffer from depression and dementia and experience slower cognitive function than those who have higher levels.

Vitamin D is often found in milk products such as eggs or milk but can also be taken in supplement form. If you want to add this vitamin into your diet, have a glass of nonfat milk that contains Vitamin D or take a daily Vitamin D supplement.

Turmeric is a spice that has been traditionally used in Indian cooking. Studies show that turmeric can help improve brain function and increase its ability to repair itself from damage by preventing inflammation, which often happens with the progression of Alzheimer’s disease or dementia.

To reap these benefits, take one teaspoon of turmeric powder mixed into your food three times a day. You can also add turmeric to other foods such as soups, curries, and sauces for an extra flavor boost!

Turmeric is most commonly found in Indian cuisine, but it’s also commonly used in other forms of cooking. You can also find turmeric at any grocery store or local Indian market, and it is often found as a spice on the shelves with cumin, coriander, ginger, or mustard seeds.

Turmeric supplements are not safe for use during pregnancy because they may increase the risk of premature labor and bleeding complications resulting in miscarriage. They are also not safe for use during breastfeeding because they may decrease milk production and interfere with the absorption of other medications you’re taking, making them less effective.

Ginseng is a popular herb that grows in Asia and North America. It has been shown to boost memory, mood, strength, and immunity.

Americans are most likely to consume ginseng by drinking tea or eating it as part of soup dishes such as Korean kimchi stew. If you want the benefits of this supplement but don’t want to drink tea or eat soup, you can find ginseng in capsule form.

Ginseng is not safe for pregnant women because it may cause premature delivery and could lead to congenital disabilities such as cleft palate. It also isn’t safe for breastfeeding mothers because it may interfere with the production of breast milk

If you are taking medication, consult with your doctor before adding this supplement to your routine because it can interfere with the effects of some medications

Ginkgo Biloba is an herbal supplement that may help improve memory and focus. It’s been shown to be most effective in people with vascular dementia or those with cognitive impairment associated with old age. If you want the benefits of Ginkgo but don’t want a large dose, try adding it to your food! You can add Ginkgo Biloba to hot cereal, coffee, or tea, as well as salad dressings and soups.

Ginkgo is not safe for use by pregnant women because it may cause premature delivery. It also isn’t safe for breastfeeding mothers because it can lead to excessive bleeding during childbirth. If you are taking medication, consult with your doctor before adding this supplement to your routine because it can interfere with the effects of some medications.

The six brain-boosting superfoods we’ve covered today can help you live a more fulfilling and healthier life, but it doesn’t have to stop there. You may also want to consider adding these supplements into your daily routine for even better results (be sure to talk with your doctor before starting any new supplement). And when it comes time for some downtime, try incorporating one of the many traditional Eastern medicine practices like tai chi or qigong is another way to keep your mind sharp! Although each person is different in their response to what will work best for them individually, don’t forget that variety is good. Be open-minded about trying out something new if you find yourself getting bored or frustrated.

Photo by Leohoho on Unsplash

Previous post:
The Best Receptionist Software on the Market Next Post:
The Secrets To Getting The Most Of Your Caribbean Travel