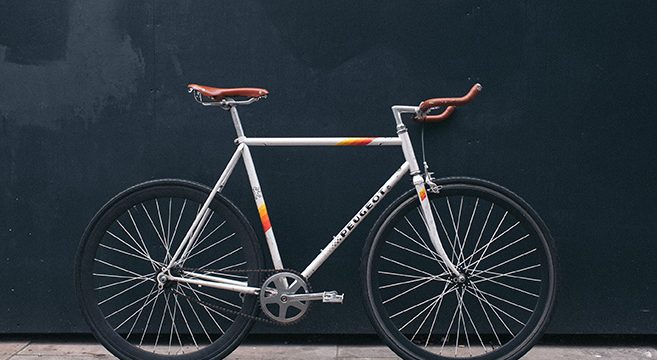 9 Ways That Technology Is Changing Cycling For The Better

The number of people who bicycle to work is expected to rise significantly over the next few years. In Copenhagen, Amsterdam, Rotterdam, Shanghai, Tokyo, and Berlin, bicycling accounts for more than 10% of all journeys. With more and more people moving into cities like these, bicycling is expected to become the optimal method of transport, especially for shorter journeys. Because of how popular bicycles are becoming, innovators and designers are working overtime to make them easier and more accessible to 21st-century people. In this article, you are going to find out 9 ways that technology is changing cycling for the better:

Apps have proven to be an invaluable resource for many people over the last few years, and now cyclists are starting to benefit from them. Cycling apps display routes and tracks, as well as any disruptions to them, which helps cyclists to plan their journeys meticulously. Many of these apps also come with ‘bike doctor’ features which allow cyclists to diagnose problems with their bikes remotely and solve them without visiting a repair shop. You can also find apps that have first aid features, allowing you to connect directly with a healthcare provider without phoning them.

For many people, the only downside to cycling to work is turning up exhausted and drenched in sweat. Electric bicycles remove the need for you to pedal unless you are going up hills, which takes the pressure off of you massively. Not only do electric bicycles allow for easy traveling, but they also allow for fast traveling. Most electric bicycles can travel over 35km/h, which is faster than the ordinary person can cycle. For example, the Rattan LF 750 Fat Tire Electric Bike LF750, can travel an astounding 45km/h, so If you want to swap your car for something more eco-friendly, then an electric bicycle could be your best bet.

Up until rather recently, bicycle lights were not the best. Low-quality lights made night cycling incredibly difficult, and quite dangerous. Thankfully, lights have now been developed that match many cars in terms of intensity of brightness and can be easily attached to the front of your bicycle. Navigating around alleyways, backstreets, and country roads in the dead of night no longer has to present a threat to your life, and the lives of others around you.

Lighting is not the only problem that many cyclists have with their bicycles. Another common issue is bells that are simply not loud enough to warn people that they are passing through on their bicycles. Now, to the relief of many, you can find electronic bells that emit an extraordinarily loud noise whenever you press your bell. The noise emitted is often loud enough for even people sitting inside vehicles to hear. You can find waterproof versions of these bells, which means that you can attach them to the front of your bike and set out without having to worry about being caught in a rainstorm and going unheard.

With the rise in the number of people cycling to and from work over the next few years, we can also expect to see a rise in the theft of bicycles. Bicycle theft is a huge industry that makes organized crime groups millions of dollars a year. Bike locks in the past have not been enough to prevent theft, but now, that shouldn’t be a problem. Bicycle locks now come with alarms and can be connected to your phone. If somebody breaks your lock, you will receive a notification, allowing you to take action faster. They are also much more durable, which should hopefully deter theft.

Expensive bicycles now come with GPS trackers installed in them or allow you to install GPS trackers in them. If your bike’s lock fails to deter or prevent theft, then your bike’s built-in GPS tracker will tell you the exact location that your bike has been taken to, allowing you to phone the police and rescue your bicycle. GPS tracking is a fantastic investment to make for the safety of your bicycle. When used in combination with other security measures, your bicycle is essentially thief-proof.

Many smart bicycles are now equipped with small monitoring devices that check your body’s performance and transmit the results to a device. You can see your speed, pedal pressure, temperature, heart rate, humidity, and blood oxidation levels. For people with health problems or people that just want to know how well they perform, these devices prove invaluable. To get an accurate reading on all of these things while cycling, you would have to be hooked up to several machines at once if it were not for these devices. Now, your bike monitors these for you.

Many people consider the inability to charge their phones while cycling enough of a reason to travel by car. Now, you can attach a small device to your bicycle’s pedal, a battery, and as you pedal, energy is funneled into this battery. When you dismount, you can plug a charger in and charge your phone up. As more innovation goes into these devices, we can expect them to become more advanced, but as it stands, you don’t ever need to worry about not being able to charge your phone while traveling by bicycle anymore. If you bring a rucksack, you can put the charger in your bag and charge your phone while moving.

When you are cycling, staying hydrated is very important. If you drink too much, however, you will feel lethargic, and if you drink too little, fatigued. Dehydration suits are outfits that you can wear that will tell you if your body is becoming too dehydrated. Sensors contained within these suits use bioelectrical impedance vector analysis, which when a small electrical current passes through your clothing and measures your body’s water level. Dehydration never has to be a problem again.

Technology is changing the world day after day. Cycling is benefitting from technological advances in ways we would have thought impossible ten years ago. All of the things on this page are a reality and will change cycling forever.

Photo by Robert Bye on Unsplash

Previous post:
How to Easily Carry Your Essentials With You While You’re Outside Next Post:
Practical Solutions That Will Help You in Taking Care of Your Lawn at Home