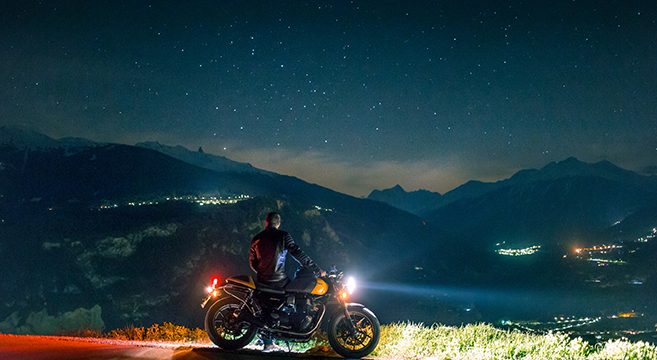 Top Motorcycle Routes In The UK and Ireland

Our holidays may not look the same this year, with the coronavirus pandemic making it unlikely that the most popular foreign destinations like France, Spain and Portugal will be off limits. However, the easings of restrictions means we should at least be able to have some form of getaway. A staycation boom has been predicted for 2021, with people anticipated to try to make the most of what their own country has to offer. If you fancy taking the opportunity to get out on your motorcycle, we’ve picked out some of the best road trips for you to consider.

Undoubtedly one of the most epic drives is the NC500 in Scotland. Starting from the northern city of Inverness, the route heads across land before working its way up the western coast to Durness. From there it heads eastwards to John o’ Groats on the north eastern tip of the UK. It then follows the eastern coast back to Inverness to complete a 516-mile loop. It is recommended to spend 5-7 days on the route, but there are so many sights to see you may want to allow more time.

If you fancy an even bigger challenge, this one might be for you. The incredible 2,500-kilometre route weaves along the stunning, rugged Atlantic coastline between Kinsdale in Cork and the Inishowen Peninsula in Donegal. Towering cliffs and sandy beaches provide the setting for a mesmerising journey, while you could also catch a ferry or even get a cable car to one of the many islands dotted along the route. With such a long journey there is always a chance of issues cropping up, so be sure to protect yourself by getting appropriate motorcycle insurance.

The annual motorcycle racing event has been cancelled for this year, so why not get your fix by taking on the route yourself. The Mountain Course is a 37.73-mile lap on the island’s best public roads, though it’s important to remember you won’t be able to hit the same speeds as the professionals! If you decide to get a ferry across to the Isle of Man, make sure to book your accommodation well in advance due to the limited availability.

Pass of the Cross

Also known as the Hellfire Pass, the Pass of the Cross – or Bwlch y Groes in Welsh – is the second-highest mountain pass in Wales. It reaches 1,788 feet above sea level. It is only a short 3km ride, but you will benefit from incredible views of the Dyfi valley and Cadair Idris that make it worth the journey. The steep ascent was previously used as a testing ground by Austin Motors and the Standard Triumph Motor Company.

Photo by Duncan Adler on Unsplash

Previous post:
How to Help A Loved One Overcome Addiction Next Post:
Diet And Exercising Tips To Lose 30 Pounds In A Month