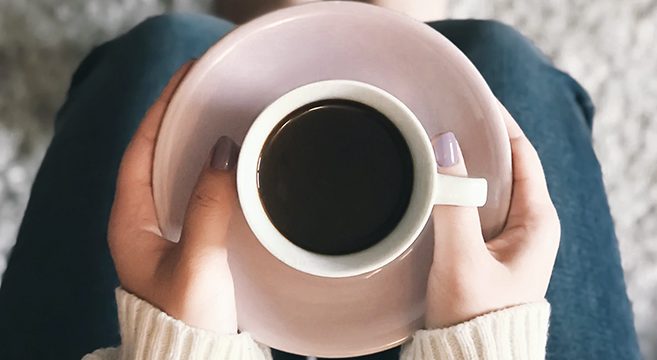 6 Jitter-Free and Natural Alternatives to Coffee

Many of us rely on coffee for becoming functional in the morning. The problem is that, for a lot of people, the benefits of coffee come with some downsides as well. These downsides come in many different ways – nervousness, headaches, digestive stress, restlessness. No matter which one are we talking about exactly, we can all agree that these symptoms aren’t fun. Having that in mind, if you do experience some side effects from coffee, you may want to seek an alternative. Don’t worry though, there are plenty of natural alternatives out there that can help you! In this article alone, we are going to present you with six of them. Some are containing caffeine, some aren’t, so – choose as you wish. Let’s dig right in.

The first alternative to coffee that we’ll be talking about is kombucha. Many people enjoy it but aren’t quite sure what it is exactly. Basically, it is made by fermentation. Black tea gets fermented with sugar, yeast, and bacteria, and in that process, a symbiotic colony gets created. This colony is called SCOBY, and it is the main source of the health benefits that you can gain from drinking kombucha.

This lovely brew is packed with probiotics and antioxidants, which makes it quite healthy as well as delicious. In fact, there are studies that suggest that drinking kombucha helps in several ways. It can boost your immune system, and it can also improve cholesterol levels. Some suggest that it can even help stabilize glucose level with those that suffer from diabetes.

Guayusa is a species of plant from the same family where Holly and Yerba Maté come from as well. Just like Maté, Guayusa is caffeinated, and hence a good alternative to coffee. Dariush and Crystal, Athletes brew Guayusa Tea brewers explain that besides caffeine, Guayusa also contains high concentrations of amino acids, vitamins, and antioxidants. This mix of components makes this tea quite a healthy drink. Not only is it healthy though, but it tastes great as well!

The flavor of Guayusa is the most similar to Yerba mate. The main difference is that while Yerba mate has some bitter notes, Guayusa doesn’t. Basically, it has a grassy and rich aroma, followed by a gentle, sweet flavor. Some even say that it has fruity flavors. As far as texture goes, it is quite creamy as it is denser than a regular tea.

We have already mentioned Yerba mate in the previous point. Just as Guayusa tea, it is a naturally caffeinated herbal tea. It is made from the dried leaves of ilex paraguriensis. Yerba mate is a great substitution for coffee lovers that rely on caffeine. The reason for this is that one cup contains almost the same amount of caffeine as an average cup of coffee.

Of course, this alternative comes with some health benefits as well. The most prominent compounds that naturally occur in Yerba mate are antioxidants. Studies even suggest that the concentration of antioxidants in Yerba mate is higher than in green tea. Other relevant compounds that offer health benefits include iron, calcium, phosphorus, thiamine, riboflavin, as well as vitamins C and E. Many people describe the taste of Yerba mate as smokey, and it has a bit of bitterness in the aroma as well. It should be noted though, it is recommended that you drink this tea in moderation. The reason for this is the fact that studies suggest high regular intakes ( as in 1–2 liters per day) can be problematic healthwise.

Chicory roots are quite similar to coffee beans in many ways. The processing is similar – they are both roasted, ground, and brewed. The taste is similar as well! The most prominent difference is the fact that it doesn’t contain caffeine. So, if you’re looking for something that resembles coffee but isn’t going to result in those nasty side-effects – this one’s for you! Chicory coffee contains another useful compound – inulin. It helps with digestion and with the maintenance of a healthy gut. Inulin also helps stimulate the gallbladder to produce more bile. This further helps with fat digestion. It’s also very easy to prepare. You are able to find it already roasted and grounded, and all you have to do is to brew it just as regular coffee grounds.

Matcha tea is gaining more and more popularity in the past couple of years – and for a good reason. It’s both tasty and healthy! Let’s talk about it in more detail. So, what is matcha exactly? Many people tend to think that matcha is a regular green tea. While it is a type of green tea, there are some differences. First of all, it is a fine powder due to the drying and grinding of the leaves. Secondly, you actually consume the whole leaf! This ensures that you get a lot more antioxidants than in regular green tea. EGCG is the compound with the highest antioxidant properties.

In fact, a lot of benefits also arise from EGCG. One of the most prominent benefits is the fact that with regular consumption, matcha can reduce the risk of high blood pressure. Green tea, in general, is also associated with body fat reduction. When it comes to the taste, matcha has an earthy, fresh flavor. It is a good substitute for those that enjoy their caffeine as it has a high concentration of it. Some brewers might even have higher amounts than coffee!

Chai tea is a type of black tea. What differentiates it is the fact that it is blended with strong herbs and spices, which add to its aroma and health benefits. It is another great option for those that want to lower their caffeine intake, as it contains less caffeine than coffee. A great thing regarding Chai tea is the fact that even though it has less caffeine, there are studies that suggest that it still boosts your mental alertness. Due to the fermentation process that must occur in order for black tea to be prepared, black tea offers a wide range of useful compounds. Most of them are connected to powerful antioxidant properties. Another known benefit of chai tea is that it lowers the risk of developing heart disease.

Hopefully, these new finds will help you find the alternative that you’ve been looking for. All of them are delicious and worth a shot, so, all that’s left is for you to go and try them out!

Photo by Brigitte Tohm on Unsplash

Previous post:
A Post-Pandemic Change for the Movie Industry Next Post:
Important Qualities to Look for When Choosing a Senior Home for Your Elderly Relatives