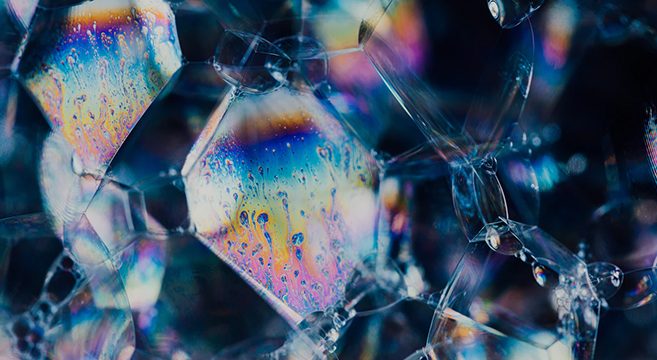 Rare Types of Crystals That You Probably Never Heard Of

People all over the world love to collect things. It could be anything from shoes to hunting equipment; from ornaments to musical instruments. Crystals are being increasingly collected by people these days. It could be by lovers of precious stones or people who believe in the healing nature of crystals. Whatever the reason, they are beautiful to behold and can be a talking point when on display. Let’s have a look at some of the lesser known crystals right now.

This is a projectile rock with an exciting origin! It is believed to have come from a meteoric impact that occurred in southern Germany nearly 15 million years ago. It is greenish in colour and glasslike in appearance. It’s about the size of a gravel stone and belongs to the Tektite group. There are three different grades of Moldavite. It is calculated that there are a total of 275 tons of Moldavite on the planet today. Fortunately there are websites that provide more information on crystals. The specialists at https://buymoldavite.com say customers want to gain authenticity confirmation with their purchases. They want to be able to read reviews and also to learn the uses for each crystal. These could be for necklaces and pendants, bracelets, rings or earrings.

If someone were to name something one thousand times rarer than a diamond, this would be it. As far as we know, it can only be located at the foothills of Mount Kilimanjaro. Once again, this is a colour-shifting crystal that changes with the light. It contains vanadium ions that cause it to vary in appearance when seen in vertically polarized light, horizontally polarised light or unpolarised light. It is actually a blue-violet variation of Zoisite (The latter is a mineral). The mineral composition of Tanzanite comprises Aluminium, Hydroxyl, Sorosilicate and Calcium. This rare crystal is not something that has been collected for centuries. It was actually first discovered in 1967 by a Masai tribesman.

Anyone who owns the Guinness Book of World Records 2005 edition will see Painite listed as the rarest gemstone on the globe. This crystal was discovered earlier than Tanzanite, in the 1950s in Burma. Initially there were only two known examples of this hexagonal mineral on the planet. This increased to three by 2001. In 2005 there were less than thirty. Two new major locations were later discovered in the Mogok area that revealed thousands of crystals and specimens. Having said that, Painite still qualifies as one of Earth’s rarest because few are of gemstone quality, and few are compatible with faceting. Its mineral composition includes Boron, Aluminium, Calcium, Zirconium, Oxygen and trace amounts of Vanadium and Chromium. The colour you  see depends on the angle from which you are looking. Short wave UV light will make it appear green to the human eye.

This has three other names: red emerald, scarlet emerald or bixbite (Maynard Bixby was the American mineralogist who discovered it). It was first found and marvelled at in 1904. It has a red colour that results from the presence of Mn3+ ions. It can be found in parts of Sierra County in New Mexico and Utah, but it is too expensive to mine. This financially-imposed rarity has led to people paying such prices as $10k per carat for cut stones. The Utah geological survey revealed that out of 150,000 diamonds, only one will be a Red Beryl. They are viewed as 8,000 times rarer than rubies. These crystals fetch a huge price as a result.

Grandidierite was first discovered in 1902 and is greeny-blue in appearance. It is actually trichroic, meaning it can also transmit white light. These crystals are only found in Sri Lanka, Madagascar and New Zealand. Gemstone quality crystals are only found in the first two locations, however. When it comes to rarity, these rate highly. This is because they’re seldom seen in museums or mineral collections. The same thing applies to jewellry collections as well.

This pink mineral was first found in Quebec, Canada during the mid 1960s. The owners of the quarry in which it was found were surnamed Poudrette, hence the name. It was only formally acknowledged to be a new type of mineral in 1987. A lot of examples were found in Myanmar in 2000; one being the first of gem quality. Rings containing this gem are not in circulation due to its vulnerability to getting scratched. Broaches and pendants are a safer bet, however. Currently, Taaffeite and Poudretteite are in equal position as the world’s rarest crystals because there are less than 50 samples existing today.

This is a blue coloured stone that was found in northern California. It’s  composition comprises blue barium titanium silicate. It’s possible that specimens have been found in Arkansas and Japan also, but these are not of gemstone quality. As a result, only Californian Benitoite can be used for jewelry. It will come as no surprise that it became the official gem of California in 1985 as a result! Under a UV light its appearance transforms into that of ‘glowing blue chalk’. Whilst it has been known as a crystal since the early 20th century, its fluorescent properties are still a partial mystery to scientists.

Almost all the world’s finest opals are located in Australia, and opal is its national gemstone. Because they are the rarest, black opals are highly valuable. They are mined in three places: the states of Idaho and Nervada in the USA and New South Wales in southern Australia. Whilst opal was first found during the 1880s the first black opal did not come on to the scene until about 1903. Whilst they may initially appear dull, having a deep black or dark grey appearance, they change when exposed to scattered white light. The result is a brilliant show of colour. When a rare crystal enters a person’s collection, they become a wealthy person. It may feature with jewellry or simply be put on display to demonstrate its amazing reactions to light.

Previous post:
Ways in Which Kratom Can Benefit Your Health Next Post:
The True NASA Story Behind Apollo 10 Astronauts’ Creepy Encounter With Strange Music From The Moon