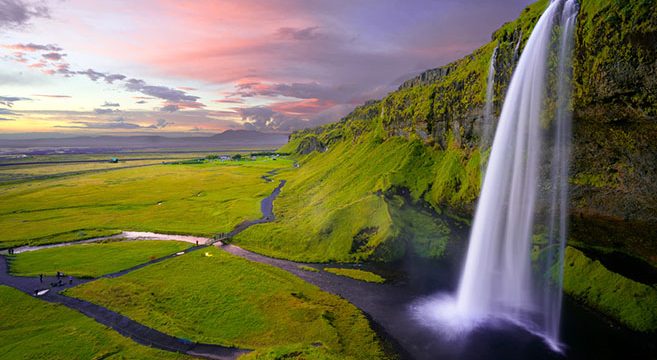 Top 8 Safest Destinations around the World in 2020

Every traveler dreams of finding a secure and easy way to cope with a destination when they take a vacation. These places need to be safe from terrorism and crimes, as these are the most feared vices by many. They need to get peaceful and enjoy their vacation without any worries. What are these safest places? With studies and research, we have come up with 8 of the best destinations.

Being a Nordic nation, Iceland is a small country with just over 340,000 people. Its crime rate is almost zero, and it’s backed up by high living standards, healthy social attitudes, a smaller population, and a high level of trust between individuals. Iceland also boasts of an educated police force with no military presence. The social and economic classes even live peacefully, with no traces of tension.

Being a popular tourist destination, finding accommodation in Iceland can be challenging. You, therefore, need to find your accommodation earlier before you even get your plane tickets. Thanks to the internet, today, everything can be done via your phone. Also, accommodation specialists from Get Your Stay often insist that you take advantage of cashback deals that various sites have to offer. Such agreements help you save some cash while enjoying your vacation.

New Zealand holds the second position for being the safest country in the world. Like Iceland, the country has no violent crime rates, but one needs to be careful with small crimes like theft. This country has no deadly wild animals, and its ratings only went down in the previous years after suffering terror attacks.

The people living in this country are open-minded, safeguarded by-laws which hold expressions and freedom of speech. While in Zealand, you will see Kiwis, the friendliest animals ever, and the marvelous beaches. There is also a Maori culture that gets worn around the country with respect, and you can visit the South Island vistas as you wind up your trip.

Previously, especially in 2014, Portugal was ranked as the 18th country when it came to safety. With developments and other improvements, the country has currently improved to take the third position as one of the safest countries in the world. What has led to this improvement? The police have increased, though they have no firearms, and some economic resurgence, which has led to a decrease in the unemployment rate.

According to polls, it is the best-suited country for retirement. What’s available in Portugal? There are cobbled streets you can stroll by, and also you can visit Palácio de Mateus and the monastery of Batalha to enjoy their scenic views. It’s best suited for individuals who love being in seashores.

Getting to the fourth position as the safest country in the word is Austria. According to the 2019 surveys, which placed this country in the fourth position, Austria improved on many things, thanks to UN Peacekeeping funding, reduced terrorism, and weapons exports. This is a plus after the country suffered a security lapse in 2017. There are no severe crimes in this country, only pickpockets.

What is there to enjoy in Austria? The best features of Austria include Eagle’s Nest, which is a reminder of the country’s involvement in the war, used by Hitler and his company. The country also boasts of Salzburg Lake District, one of the beautiful features and Vienna, a classy city full of classical music.

Our Number five of the most-safest destinations in the world goes to Denmark. Denmark, other than being safe, is regarded as the second happiest country in the world. While in this country, you will agree with me that security concerns are things of the past. You can walk freely during the day and also at night. What contributes to this safety and happiness?

Two things are involved here: social welfare responsibility and a high level of equality within its population. People are honest, with rare or zero cases reported of corruption. In Denmark, healthcare is free, and there is free education for school-going children.

What’s good to see in Denmark? Fairy Tales, Carlsberg, and Hygge, will always remind you of Denmark. Copenhagen, the capital city, boasts of being the oldest city that boasts of Amalienborg Palace and beautiful houses. If you want to visit the brilliant work of Hans Christian Andersen, don’t fail to attend the Odense.

Canada retains its 6th position for being the safest country in the world since 2018. It has good records for being a country with few crimes, fewer internal conflicts, and excellent political stability. Its population also enjoys access to healthcare, unique job opportunities, and stable governance. The country takes pride in having the friendliest people globally, and 84% of the population confirmed that they always feel safe while in the country.

What’s more, in Canada? A lot is happening in Canada, especially its central City, Toronto. There is good food, multiculturalism, and Vancouver, famous for skiing in the morning and diving in the evenings. There are also glacier lakes, Alpine forests, and much more to discover.

Singapore is our second last city in this article, and it’s ranked as number seven as the Safest City in the world. What’s up with Singapore? High sense of personal security, low crime rate, and positive reviews of law enforcers make this country an excellent place to live. There are no violent crimes since the government controls firearms in this country.

What’s more to see? There are botanical gardens listed by UNESCO, Chinatown, Little India, and many more scenic places. At night, you can visit Gardens by the Bay, which comes complete with cloud forest, waterfall, and illuminated tree structures.

What’s impressive in Slovenia? You can visit the charming capital city and Lake Bled, which is fed by a glacier.

You can consider visiting other countries, including Japan and the Czech Republic, which takes nine and ten positions, respectively. If these places don’t tick in your heart, there are other places you can check around the world, since it’s full of amazing features.

Photo by Robert Lukeman on Unsplash

Previous post:
Why Exercise Boosts Your Memory and Thinking Next Post:
Well-Being: A Look at Numerology for Your Mental Health