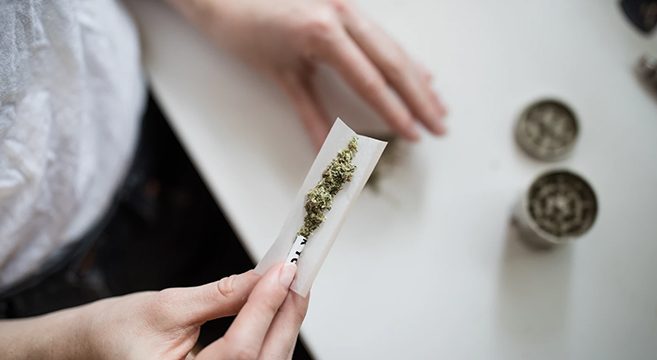 Using Marijuana and Traveling: What You Need to Know to Stay Safe

Marijuana is a contentious issue in this country. Now that it is legal in a few states, things have only gotten more confusing. You can have weed on you legally, walk ten feet across a state line, and the police can arrest you for possession. Polls show that more people want weed to be legal now nationwide than don’t, and perhaps that will happen at some point. For now, each state has its own policies. If you want to use marijuana recreationally, you need to be very careful about avoiding legal trouble, and that goes double if you’re traveling.

What States Have Legal Weed?

The first thing to know is where in the United States weed is legal and where it is not. It is legal to walk around with small amounts of marijuana in the following states:

It is also legal in Illinois, Maine, Massachusetts, Michigan, Nevada, Oregon, Vermont, and Washington. In some states, it’s legal for medicinal use, while it remains fully illegal in a few others. Remember that things are always changing, so if you’re going to buy or possess marijuana, check your state’s laws before you do so.

Can I Fly with Weed?

The short answer to whether you can fly with weed is no. Let’s say that you’re in California, where it’s legal for you to possess a small amount of recreational marijuana. You then walk into LAX, Los Angeles’s biggest airport. As you’re walking around the airport, it’s technically legal to have that weed on you. But let’s say that you get past the security checkpoints and take it on a flight to Ohio, where it’s legal only for medical use. When you get to Ohio, a police dog smells the weed and approaches you. A cop searches you and finds the weed. They can now arrest you. They’ll go out of their way to do it because:

This might seem unfair. You were breaking no laws in California, but now you’re breaking one in Ohio. That’s just how it is, though, and if you carelessly leave some weed in your pocket when you fly, you might find yourself facing this very situation. The police could arrest you or have you pay a hefty fine if you have enough of the drug on you.

What About if I’m Driving from One State to Another?

If you’re traveling by car, bus, or some other vehicle from one state to another, the same rules apply. You’re fine if you’re in a state where it’s legal, but then the second you cross that border, the police can arrest and prosecute you if they catch you. If you cross the border from a legal weed state to one where it’s illegal, you’re taking a significant risk. It’s also likely to be a big inconvenience for you because, in some cases, you’ll face a later court appearance in the state where the police arrested you. You’ll have to travel back there for your appearance if they won’t let you pay the fine through the mail.

What About if I Have a Medical Marijuana Prescription?

You would think that if you have a prescription for medical marijuana, or a different cannabis product, like a balm or edibles, that you would be able to take it with you from state to state. Unfortunately, that is not the case. You might have that prescription on you, but what marijuana is legal for in some states is not the same in others. Maybe you have your paperwork, but you’ve just crossed the border into a state where weed is entirely illegal in all forms.

If that’s true, and they catch you, then they can arrest you. Your prescription is worthless in that state. It’s crazy that someone who’s traveling, and has terminal cancer, can face arrest in a different state that doesn’t allow them to use weed products there. That’s precisely what can happen, though.

What Are Some Penalties if I Get Caught?

If you’re traveling between states, and the authorities catch you with weed, then the penalty will vary depending on many factors. They’re harder on you in some states than in others. A few states still try to throw the book at marijuana users, even if you have a valid medical reason for utilizing it.

How much you have on you is also going to matter. If you have a gram on you in a state that doesn’t allow it, then what’s most likely to happen is for the authorities to fine you. If you have half a pound, they’re probably going to hit you with intent to distribute, even if it was all for your personal use. A charge like that can carry jail time. Think about that if you ever feel the urge to go on a cross-country trip with a brick of weed in your trunk.

How About Other Countries?

Much like other states, traveling to other countries with weed on you is extremely risky. It’s even worse in other countries, though, since you’re a foreign national breaking their laws. You could be looking at fines, jail time, or worse. The short answer if you’re considering bringing weed or any other drug across international borders is that you shouldn’t do it. It’s just not worth it with the possible trouble you can bring down on your head.

As the 21st century moves along, more states are legalizing weed, and with good reason. It’s not particularly harmful unless you overindulge, just the same as alcohol. For now, you need to be aware of each state’s weed laws if you use it for any reason. It’s not worth going on a trip and getting yourself in trouble because you forgot you have a half-smoked joint in your pocket.

Photo by Thought Catalog on Unsplash