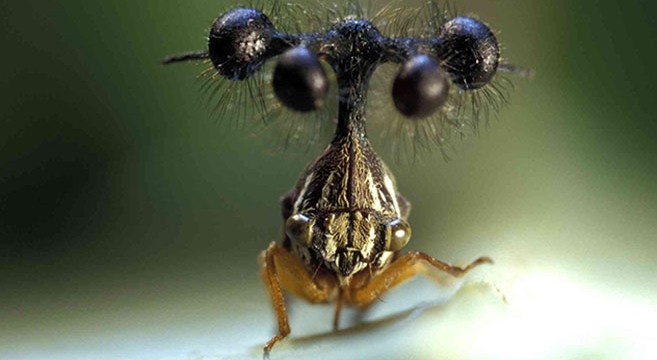 These Are Just 17 Of The World’s 3,200 Species Of Freakishly Fantastical Teeny Tiny Mutant Treebugs

Treehoppers are without a doubt the world’s most peculiar insect. Over 3,200 species of treehopper bugs have been discovered so far, and they are found in every continent except Antarctica. Like something out of a sci-fi movie, treehoppers come in such an astonishing variety of shapes and colors it almost defies explanation. Some entomologists believe they have found some answers for certain species, such as ones with protruding horns which mimic the appearance of funghi that erupt from treehoppers that have fallen victim to infection. Others resemble the body structure of venomous ants which helps to ward off attackers. And some take a camouflage approach by blending into their natural surroundings. The thorn-shaped ones go one step further by coming off as completely inedible to their predators. As an extra line of defense, all treehoppers produce a sugary substance known as honeydew which comes out of their bums. The syrup is a delicacy for the real venomous ants, and this peaceful, symbiotic relationship is mutually beneficial to both — the ants get their sugar treats while simultaneously acting as a very powerful bodyguard for the exotic bugs. Treehoppers are extremely sedentary, and spend 99% of their time hunkering down on a plant/tree and drilling into it to drink its juices. But if a predator gets too close for comfort and the shit suddenly hits the fan, the treehopper is a world-class jumper and flyer, and almost always manages to escape. They each have a lifespan of approximately three months. To learn more about the extraordinary whale-like mating calls of one treehopper CLICK HERE. 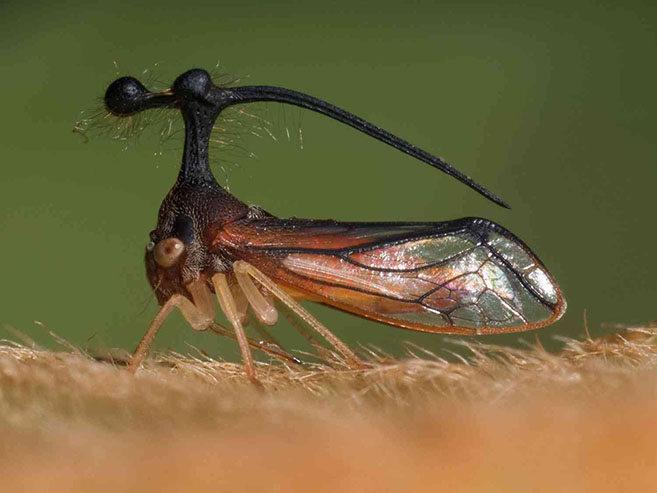 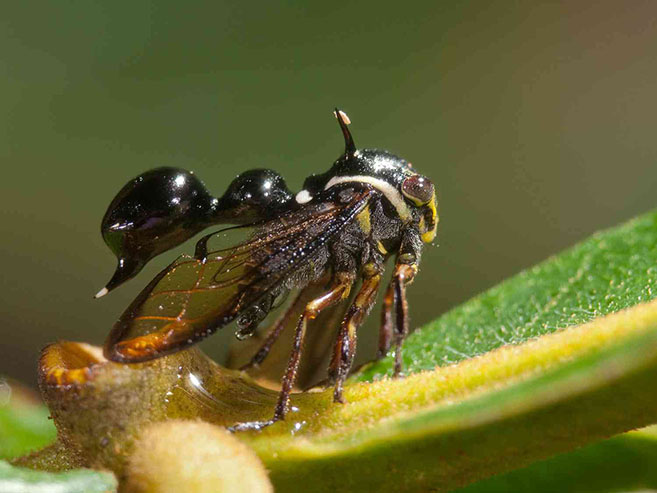 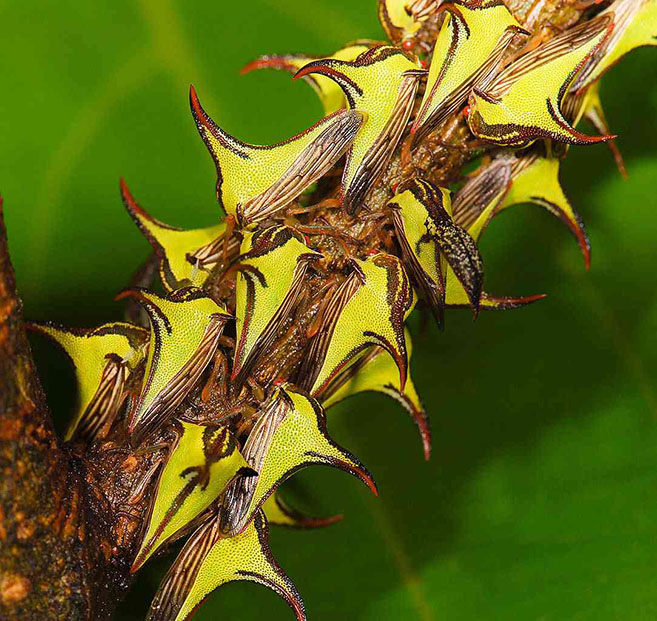 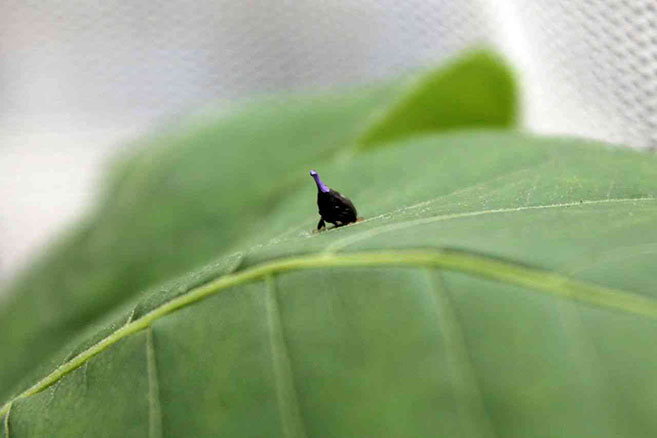 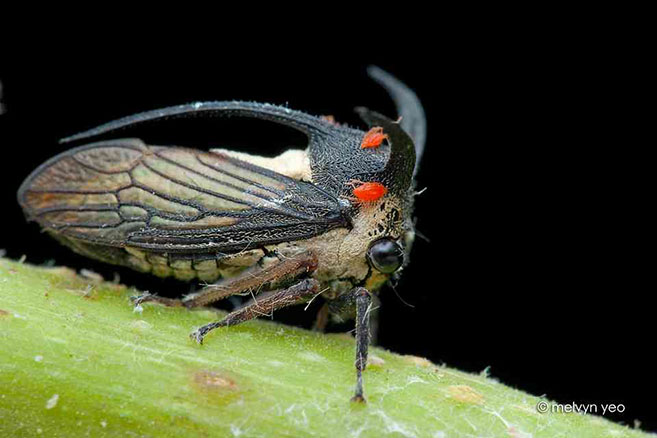 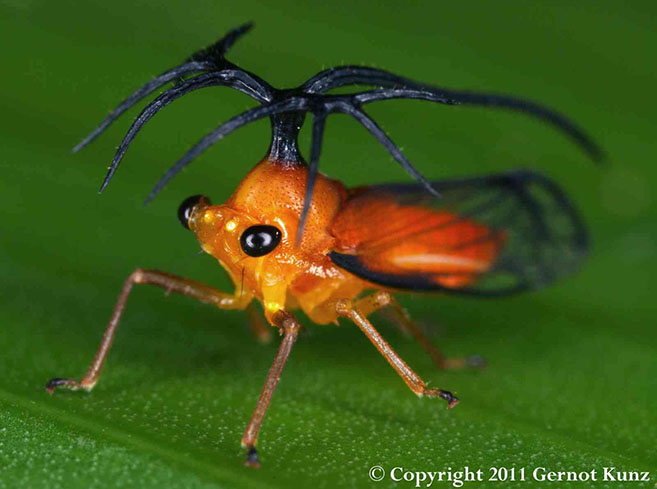 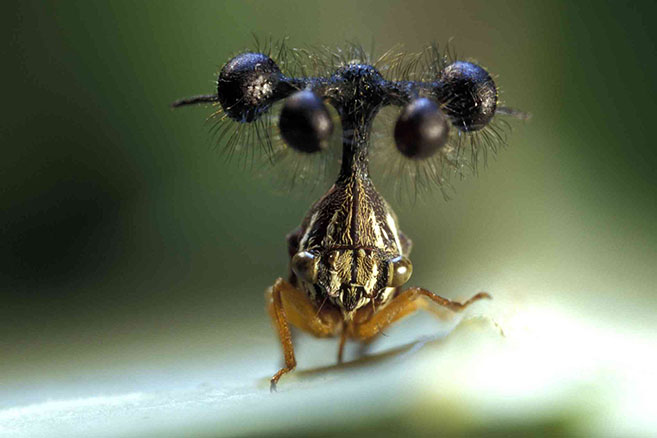 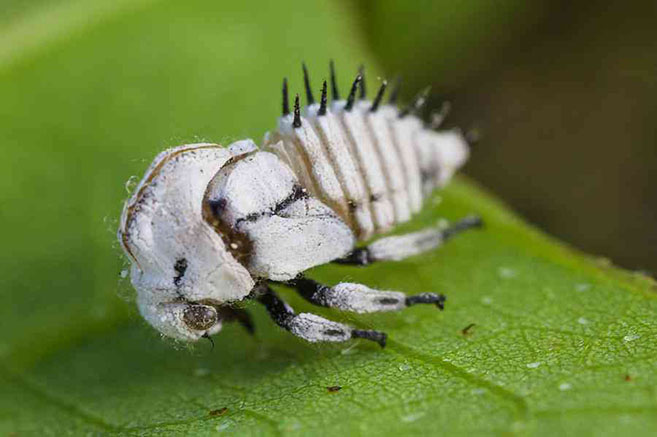 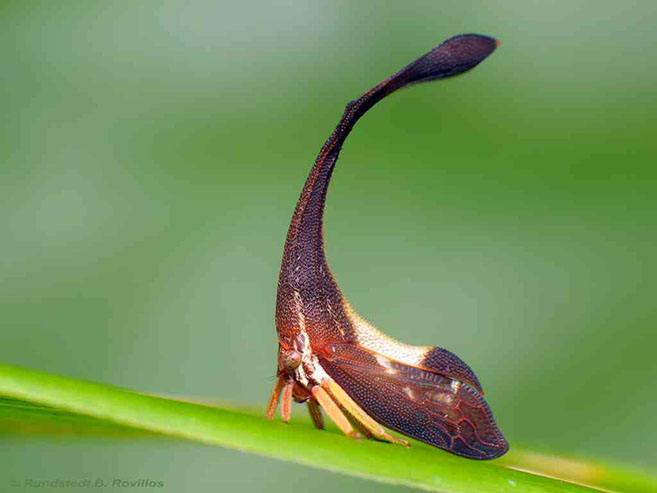 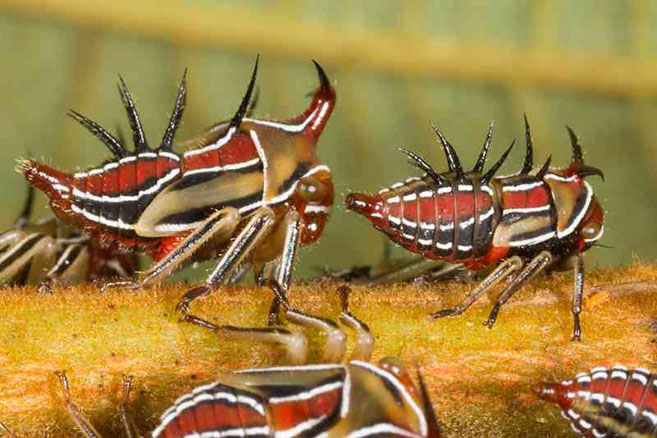 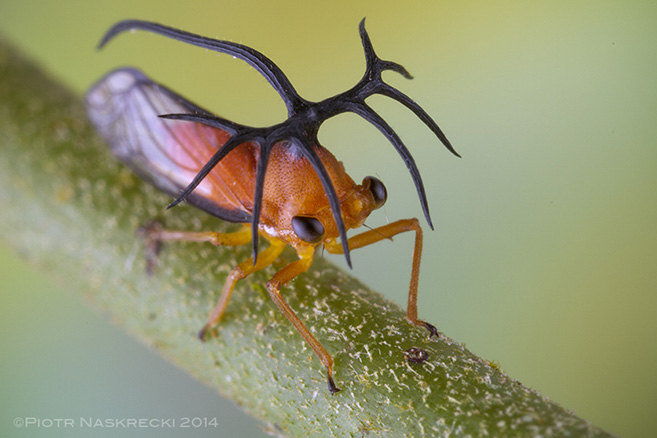 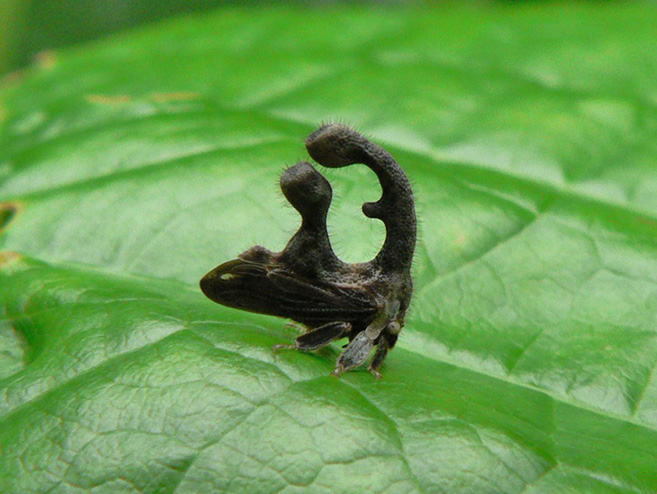 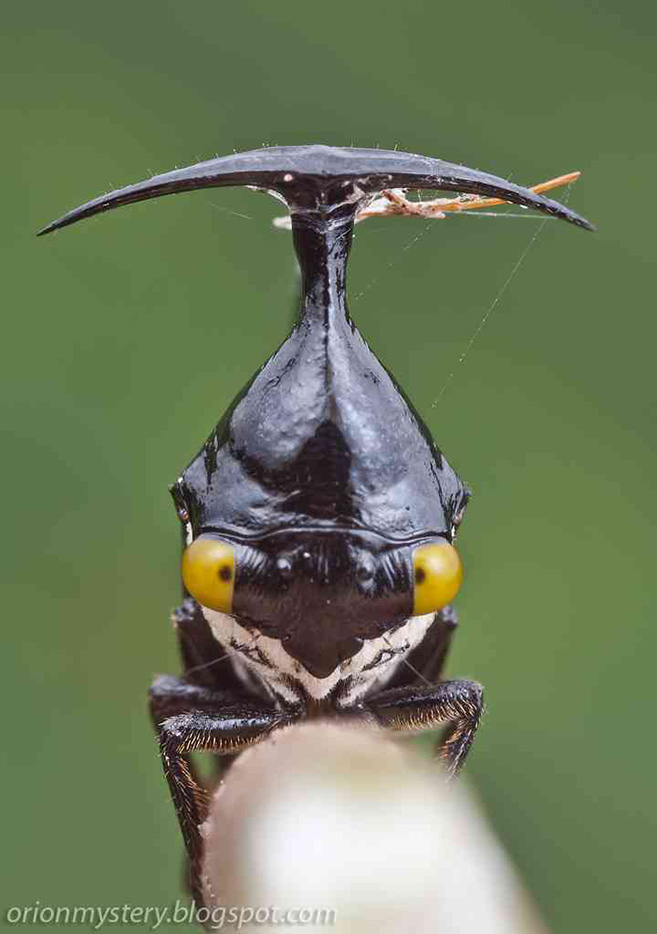 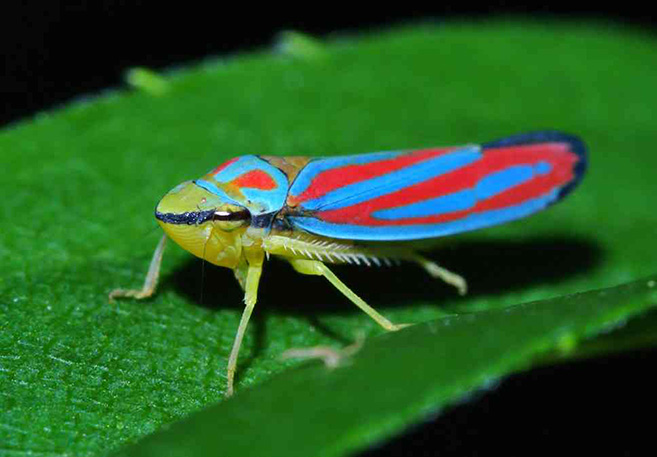 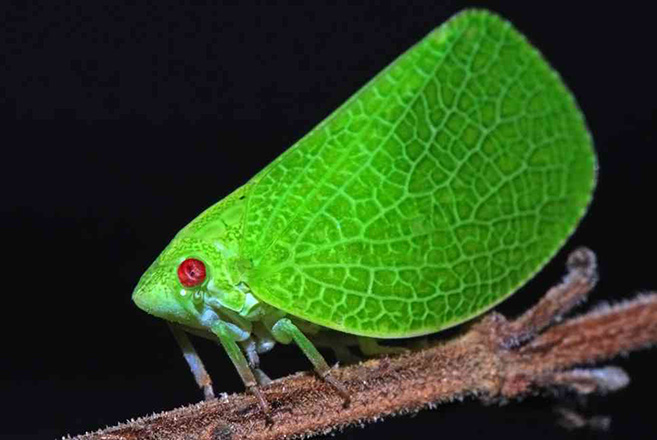 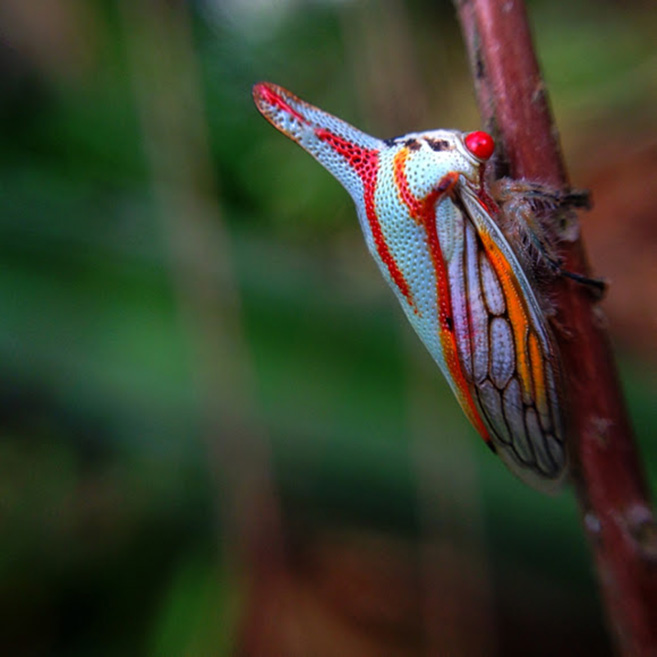 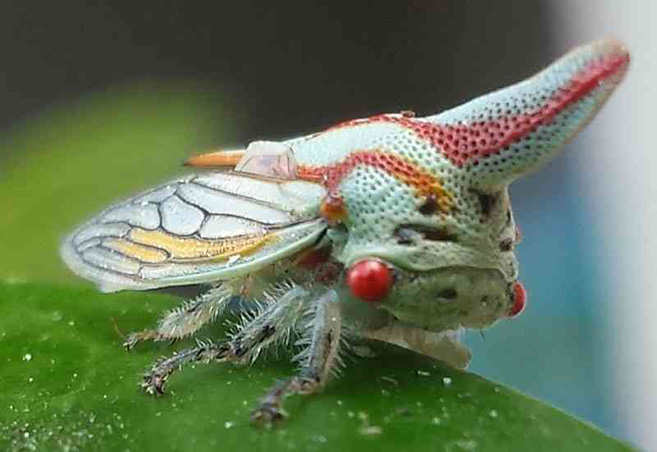 Previous post:
This Fascinating 3-Minute Video Explains The Source Of That Strange Accent In Old Movies & Radio Next Post:
Watch This Renowned Psychologist Explain A Simple Little Trick That Can Quash Your Negative Thoughts