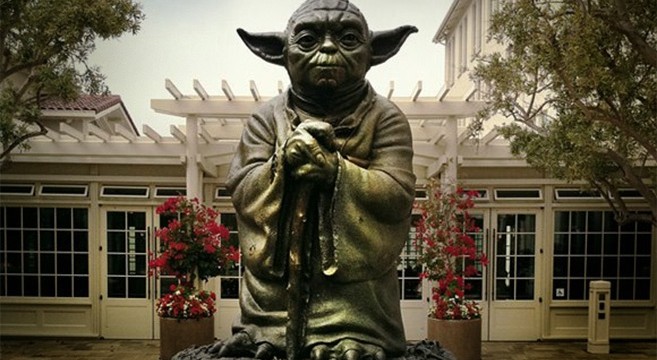 The Jedi Force: How The Philosophy Of Mindfulness Gives STAR WARS Its Eternal Truth Beyond The Hype

With every new STAR WARS release comes the predictable backlash of cinephiles who lash out at the over-commercialization of the most famous franchise in movie history. And J.J. Abrams’ upcoming STAR WARS: The Force Awakens is no exception. I can’t even count the number of times in the past few weeks I’ve heard someone ridicule the new film for the massive media machine that has linked the film to every possible brand and product in the galaxy. But beyond the hype, the ads, and all the explosions, there is a very noble and very eternal message that rests zen-like beneath it all.

In a lovely feature essay for the Berkeley-based Greater Good Science Center, writer Jeremy Adam Smith tells the story of how the film’s powerful narrative of Jedi mind powers gave him his first exposure to the ancient philosophy of mindfulness as a young child in 1977. He then shares what happened when he took his 7-year-old son to see STAR WARS: Episode I: The Phantom Menace thirty-five years later in 2012:

“Mindfulness is in The Empire Strikes Back, when Yoda chastises Luke: ‘This one a long time have I watched. All his life has he looked away to the future, to the horizon. Never his mind on where he was.’ It’s in Return of the Jedi, when Luke bests the Emperor by becoming aware of his own hate and anger, then decides to embrace kindness instead. It’s in Revenge of the Sith, when Luke’s father, Anakin, allows his emotional states to interfere with his perception of reality — and thus he becomes Darth Vader. And all this appears in some of the most popular, influential movies of our lifetime. But their lessons in mindfulness seem largely lost on my son. After watching The Phantom Menace, he races right into the mall toy store. There he pulls weapon after weapon down from the shelves — a light saber, a blaster — and begs me to buy him one.” You can read Smith’s full essay HERE.

Ali Mattu, a writer with a PhD in clinical psychology, also shares Smith’s appreciation of how the Jedi stories have introduced generations of kids and adults alike to mindfulness. “Mindfulness is based on an ancient Buddhist meditation that has only recently been studied by scientists,” writes Mattu. “Think of mindfulness as ‘the ability to quiet your mind, focus your attention on the present, and dismiss any distractions that come your way.’ It’s not just about concentration — mindfulness helps you to fully live in the present moment and accept it for what it is. While it might sound like an abstract idea, you’ve probably been immersed in a moment many times in your life. People are often highly focused when they’re only doing one thing at a time (like watching STAR WARS in a movie theater), doing something for the first time (constructing a new Millennium Falcon Lego set), or experiencing strong emotions (when someone tells you Star Trek is better than STAR WARS). But to achieve mindfulness, you have to ignore the stuff that takes you out of the present. That means shifting from judging a moment (‘I hate the prequels’) to describing it (‘The prequels are different from the films I grew up with’) and restricting emotions (‘Don’t even say the words STAR WARS Legends!’) to accepting them (‘It’s okay to mourn the end of the Expanded Universe’).” You can read Mattu’s full essay at his blog BrainKnowsBetter.com.

In a post from September 22, Jedi Sanctuary breaks down the 7 mindfulness attitudes which were observed by Dr. Jon Kabat-Zinn, PhD, Professor of Medicine Emeritus at the University of Massachusetts Medical School. In attitude #2 entitled Patience Attitude, Kabat-Zinn explains: “Be completely open to each moment; everything happens in its own time; practice patience with yourself; Why rush through some moments in order to get to other ‘better’ ones? Each one is your life in that moment; being completely open to each moment, accepting its fullness, knowing that like the butterfly, things will emerge in their own time.” You can read all 7 by visiting Jedi Sancutary on Facebook. And in a more recent post, Jedi Sanctuary elaborates on the practice of mindfulness even more: “Mindfulness is more than a set of techniques to practice. Mindfulness is about questioning your identity and relationship to the world around you. By understanding who you are at a deeper level, you are less affected by negative emotions, thoughts or physical sensations — you’re tackling the root of the problem. For these reasons, it’s worth spending some time and effort to find out for yourself who you are at a deeper level.” You can read the full post at Jedi Sanctuary on Facebook and click “See More” HERE. 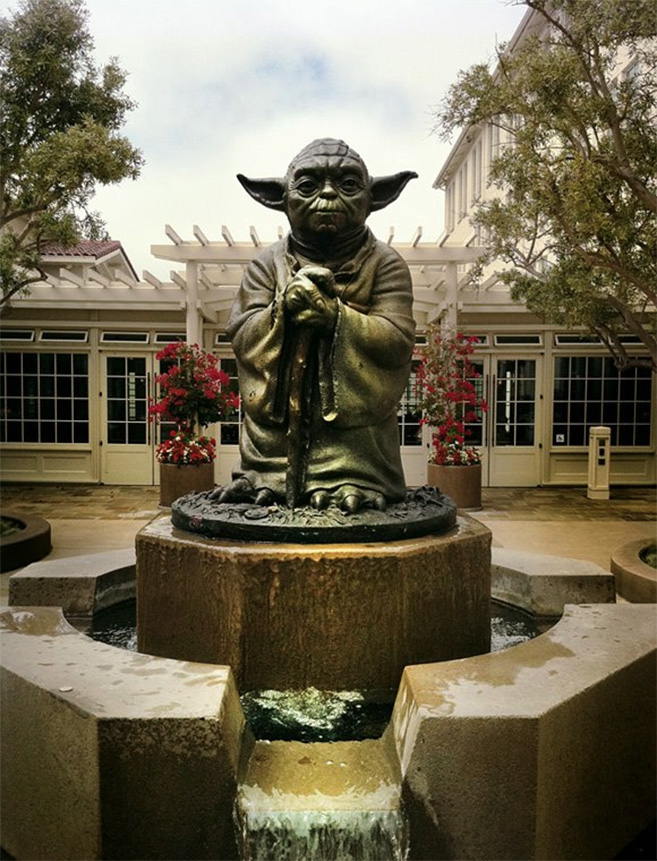 Previous post:
Between The Lines: Meet The Man Behind The “Codex Seraphinianus”, One Of History’s Weirdest Books Next Post:
The WOW Files: Here Is The 300 Ft Wall in Bolivia With 5,000 Dinosaur Footprints From 68M Years Ago