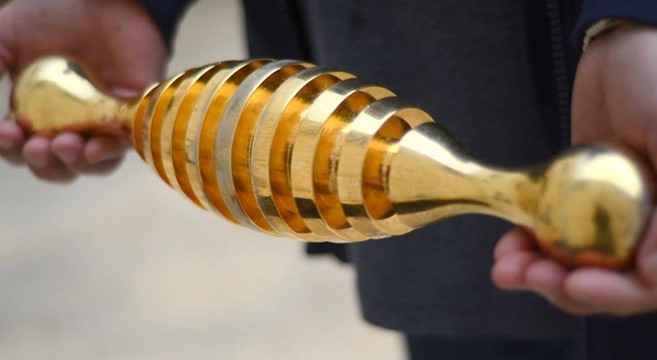 In an part of the world as old as Jerusalem one could be forgiven for placing added meaning onto a mysterious gold object found in a cemetery. That’s exactly what happened 6 months ago when a maintenance worker at a Jerusalem cemetery discovered a small pipe buried in one of the cemetery’s oldest mausoleums. Worried it might be a pipe bomb, police were called in and a controlled explosion was conducted. That’s when the strange contents of the pipe were discovered.

Inside the pipe, police found a mysterious 17.5lb gold object measuring 1-foot in length and wrapped in cotton. Baffled by what the strange object, for the next six months experts with the Israel Antiques Authority tried to unlock the mystery. Archaeologists with the IAA said “they had never before encountered such an item.” Because researchers believe there are countless undiscovered treasures from Jewish temples hidden across Jerusalem’s western Valley Of The Cross, they wanted to determine if this was one of them. First of all, if the object was solid gold it would be worth approximately $300,000, but when it was scanned they learned it was solid metal and gold plated.

When their investigation turned up with nothing but dead ends the IAA finally turned to the public via Facebook to see if anyone had a clue what this strange thing was. Soon after, a man in Italy saw the photo and immediately solved the mystery. Turns out the beautiful gold object is what’s known as an Isis Beamer, named after the ancient Egyptian goddess Isis (no connection to the terrorist group).

The Isis Beamer is made by Weber Bio, a European company specializing in New Age products for spiritual cleansing, and this one in particular is designed to protect its users from the harmful effects of radiation, wifi, cell phone signals, electricity power grids, etc. With news of this story going worldwide, it’s safe to assume sales of the Isis Beamer are skyrocketing. You can buy your own for roughly $130 by CLICKING HERE. It’s so pretty I might just grab one for myself. The person who placed the Beamer in the cemetery remains unknown. 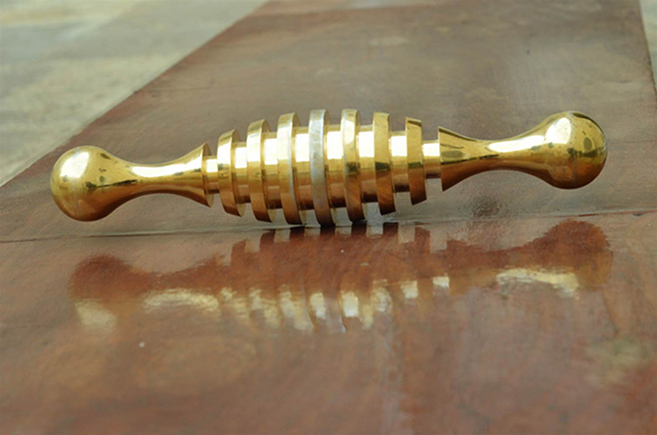 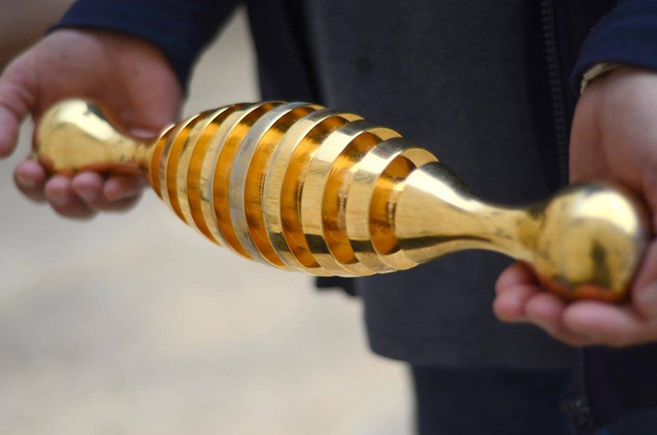 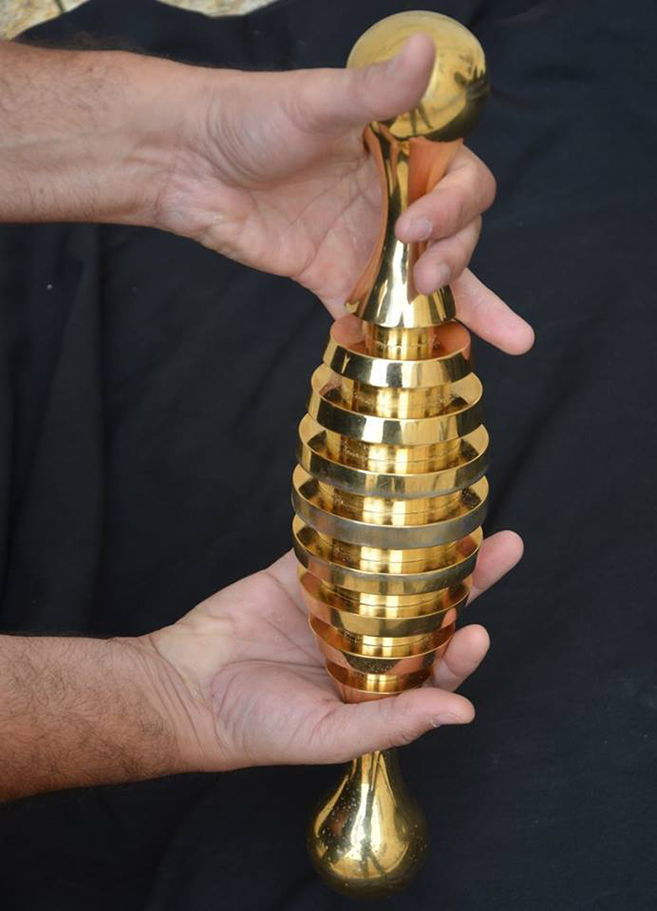 Previous post:
Six Simple Tricks That Will Help You Triple Likes On Your Instagram Posts Next Post:
Between The Lines: Meet The Man Behind The “Codex Seraphinianus”, One Of History’s Weirdest Books