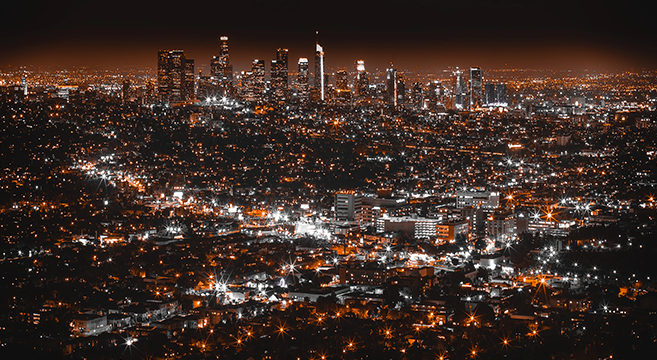 A Visiting Hockey Fans’ To-Do List When in Los Angeles

The Los Angeles Kings’ NHL struggles might have seen the Californian outfit become something of a joke. What’s the difference between Frequent Flyer Miles and the LA Kings? Frequent Flyer Miles earn points! However, for visiting hockey fans, an away day in Los Angeles when vital wins are at stake in the Pacific Division is no laughing matter. Here we check out a few of the city’s sporting attractions that’ll keep you occupied during your trip.

More to See at Staples Center

Given that NHL betting odds have the Kings at +20000 outsiders to win the Stanley Cup, visiting fans might be forgiven for being overconfident. Only the Sharks have conceded more goals in 2019-2020 yet the Kings still find themselves at the foot of the Pacific Division. However, as well as catching a game at Staples Center, there’s plenty of other things to enjoy. Grab a picture next to the statues of Lakers’ greats such as Magic Johnson, Kareem Abdul-Jabbar, and Shaquille O’Neal or indulge in Ludo Bird’s famous fried chicken sandwich mid-game. There’s also the huge Team LA shop which features gifts, clothing and merchandise from teams across the NHL, NBA and MLS.

Catch an AHL Game at the Toyota Arena

The competitive AHL League sees Kings affiliate, the Ontario Reign, play at Toyota Arena in Ontario. A 50-minute drive from Los Angeles International Airport, single game tickets can be purchased for around $20. The 225,000-square-foot venue can accommodate up to 11,000 fans and also hosts MLS team Ontario Fury, G League basketball outfit, the Agua Caliente Clippers of Ontario, and the LA Temptation (of the Legends Football League).

Get on the Ice in Sunny LA

During the autumn and winter you’ll often find pop-up outdoor ice rinks dotted around downtown such as at Pershing Square Park and the 8,000-square-foot rink in Santa Monica. For year-round skating, Pickwick Ice, an indoor arena in Burbank boasts a full-sized ice hockey rink with frequent lessons for people of all ages and abilities each day of the week. History enthusiasts can also sample the Pasadena Ice Skating Center, home to the “oldest youth hockey organization in Southern California”. Public lessons take place here while you can also see hockey games and enjoy freestyle sessions.

Los Angeles is a glorious sporting hub boasting some of the nation’s most iconic teams. If you don’t get the chance to catch more sport during your visit, consider a memorable stadium tour at the historic Dodger Stadium, go behind the scenes at Angel Stadium, or immerse yourself in the rich traditions of UCLA with a look inside the university’s Hall of Fame which is home to the original Heisman Trophy.

If you’re not tired after all that, head up to Runyon Canyon Park for a relaxing walk up to the heights above Hollywood and a glorious view of Los Angeles. For sports fans who enjoy getting as sweaty as their team’s on-field stars, it’s a great way to cap a visit and, thanks to the vast landscape seen from any of the various viewing points, a perfect reminder why the city, with its mix of football, basketball, soccer, college sports and ice hockey, is such an attractive place to visit.

Previous post:
10 Tiny Changes You Can Make to Improve Your Grilling Next Post:
The Top 5 Products That Didn’t Exist 20 Years Ago