Patrick Hughes lives and works in London. Widely recognised as one of the major painters of contemporary British art, he is also a designer, teacher and writer. His works are part of many public collections including: the British Library and the Tate Gallery, London; the Gallery of Modern Art, Glasgow; The Deutsche Bibliotheek, Frankfurt and the Denver Art Museum. Hughes has exhibited in London and throughout Europe, South East Asia, America and Canada. He is perhaps best known for his remarkable “reverse perspective” paintings, some of which I’ve attached video of here. You can read more about Patrick at PatrickHughes.co.uk. (Photo courtesy of Patrick Hughes)
. 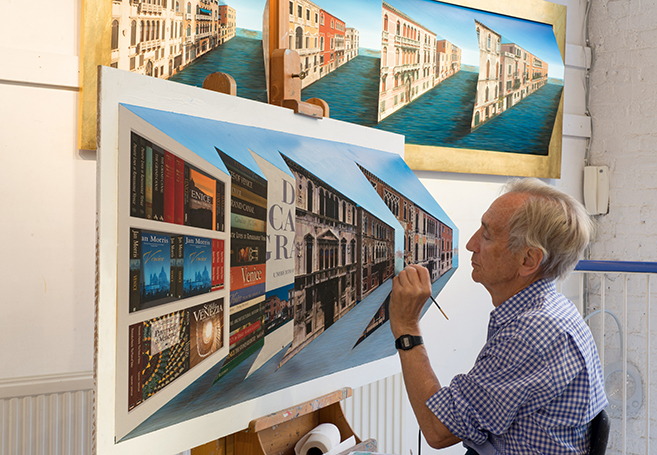 Previous post:
Music As A Transference Of Life: Listen To Krista Tippett’s Fascinating Conversation With Yo Yo Ma Next Post:
Watch What Happens When A Group Of Skiers Has A Scary Surprise Encounter With A Rare Snow Leopard