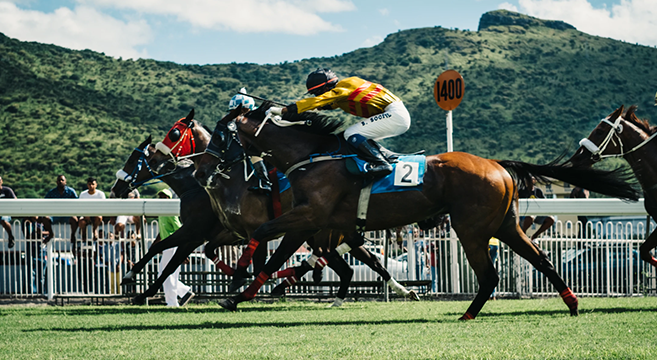 The Most Popular Sports Around The World

Sports are popular the world over, from hobbies and careers to forming part of peoples’ fitness routines. Some sports have taken over though to form a massive part of local cultures. These are some of the most popular sports around the world, from the revenue they produce to the number of people who attend.
.

The number of people following cricket around the world exceeds 2.5 billion, making it one of the most popular sports you can get involved with. It’s particularly popular in the UK, Australia, India and Sri Lanka. It’s a sport that dates back to the 16th century and was even made a national sport in the 18th century in the UK.

In the UK, US, UAE and Australia, horse racing is a hugely popular sport that commands massive crowds each year around the world, both in person and on TV. Horse racing is primarily popular for being a great betting sport, but the prestige of events such as the Royal Ascot, the Melbourne Cup and the Prix de l’Arc de Triomphe also make it a popular choice for attending in person. With so many different types of racing events, its hard to choose which one you would like to place a bet on.

There are an estimated one billion fans of tennis around the world and it’s a sport that has a global influence. It’s also a sport with a rich heritage, with records of ancient Egyptians, Romans and Greeks playing variations of the sport. Tennis is believed to have been popularised in France, but it’s certainly taken over the world as one of the most-loved activities. Some of the most famous events include Wimbledon, the US Open and the Australian Open.

Invented by Dr James Naismith in 1891 in Massachusetts, US, basketball was created as an alternative to football as it could be played on an indoor court and was less likely to pose injury to players. Today, it’s estimated that the sport has over 825 million fans globally and earns the industry a huge amount in revenue. The fast-paced nature of basketball, coupled with the fact that it’s easy to learn the rules of the game, are some of the contributing factors to why people around the world enjoy watching basketball so much.

With more than four billion followers around the world, football is without a doubt one of the most popular sports on a global scale. It’s no surprise that it’s one of the leading sports – there are fans in virtually every country, but especially in the likes of Europe, Japan and America. There are huge tournaments and competitions which command a massive amount of interest from fans, including the UEFA Cup and the FIFA World Cup, which is one of the most iconic events in the sport. Football is a popular sport for betting and gambling, as there are numerous leagues and tournaments to bet on, as well as on a local and countrywide scale, making it accessible to a vast number of people.

Photo by Julia Joppien on Unsplash
.