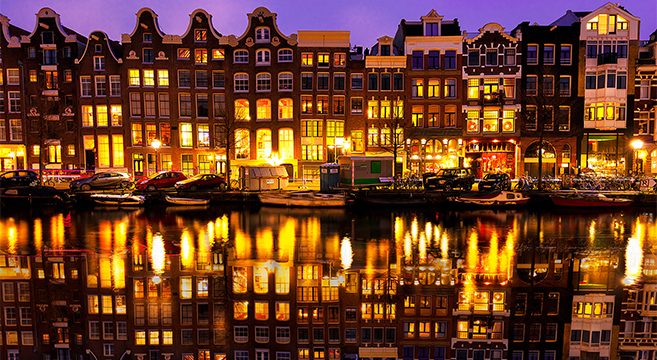 One of the top-10 happiest places to live, Amsterdam has a lot of titles: sin city, coffee shops capital, city of bikes…but the most accurate one is apparently ‘city of freedom’. Indeed, Amsterdam makes tourists smile and get ready for unforgettable adventures from the moment they get off the plane. Pragmatic policies on things considered dubious or even vicious in other countries are what truly attract lovers of excitement and thrill.

That progressiveness isn’t based on nothing. The historical roots can be found in the principle of ‘gedoogcultuur’., a culture of permissiveness claiming that only by legalizing questionable activities it is possible to effectively manage and oversee them. The toxin of freedom is written into the very genetic code of Amsterdam: whether it is painting, sculpture, or any other artistic expression, it’s all soaked with freedom of thought and displays realistic, natural themes without the tiniest scent of shy or regret.

Drugs, sex, and alcohol are often associated with smoky gambling halls. Often the show goes on unless the money is gone. No tricks here – this is true for Amsterdam as well. The city is rich with games of luck!

Do you hear those flashy decorations whispering you that that is you who are destined to win today? If you are of age and own at least a few dozen euros, you’re welcome! No dress code, no extraordinary requirements. No strings attached – just 18+ you and your money. Well, the truth is that you shouldn’t expect to win by playing a casino; though you have a slight chance to be in profit at some point, hardly will you be strong enough and have the right timing to quit when you ought to.

From a legal standpoint, gambling is as monopolized as it could be. The field is regulated by the Dutch Gambling Authority, which is in charge of issuing licenses and investigating violations. And if you’re thinking of playing online – forget it for at least a year: though online gambling in the Netherlands is fighting for the government’s favor and the Dutch Senate vote for issuing online gambling licenses, the process is about to start somewhere in the middle of 2020. And if history repeats (it took 3 years for the bill to move to the ‘voting phase’), the first legal online gambling venues must pop up no sooner than in a couple of years from now.

Though the vast majority of forbidden things can be found in Amsterdam, not everything is legal. Following the main idea of bearing the responsibility for your own health, the Dutch believe that hiding the real situation isn’t making things better but rather worsens them. They were the first to legalize euthanasia and one-sex marriage back in 2001, and they do tolerate some drugs, which are typically sold in ‘coffeeshops’ (don’t confuse with ‘coffee shops’).

The other truth about Amsterdam is that 8 of 10 arriving tourists think of trying some drugs, and many of them actually do. There are two categories of drugs – hard and soft, and only the latter is legalized. Again: LSD, cocaine, heroin, and similar hard drugs are forbidden, and the legislation does mean it, so don’t even think about trying them. On the contrary – cannabis in any of its forms is legalized for personal use. Whether you smoke it in private or overtly, that’s okay.

In no way we are promotion coffeeshops – just can’t avoid saying a few more words about these beloved-by-tourists smoking hubs, most of which are located in the Red Light District. Note that alcohol is no longer legal for sale in these shops, whereas cannabis for personal use is. Once you’re in, you will be offered a menu of cannabis cookies, brownies, cakes, and so on.

Last but not least, try to not be alone when visiting a ‘coffeeshop’, a sex theatre, or any establishment of the kind – pickpockets will do their job if they notice you being high.

For the most part, Amsterdam is exactly what we think of it. Soaked with freedom and sin, the adventurous and risky city is too much tempting not to try it for at least once in your life. Get ready for the taste you’ve never experienced in your life!

Photo by Daniil Vnoutchkov on Unsplash

Previous post:
Everything You Need To Know About CBD Oil Treatment For Autism Next Post:
The Most Popular Sports Around The World