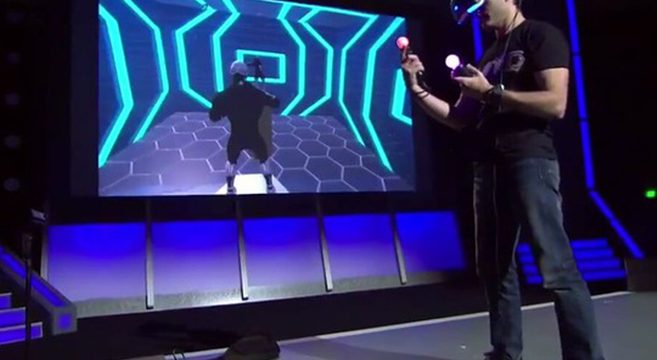 5 Unique VR Games You Should Be Playing In 2019

Nobody can deny that VR (Virtual Reality) is the future of gaming. In the past year, the gaming world was forever changed with the introduction of impressive and engaging VR games and headsets. Recent years have been very successful for the VR gaming world, with the introduction of fresh and well-developed content, along with superior quality VR headsets. Currently, VR Gaming is available on smartphones, gaming consoles and PC software. While the best VR headsets depend on the kind of platform you will be playing the games on, for a high-end gaming experience, Oculus Rift and HTC Vive headsets are highly recommended.

The success streak of VR Gaming continues in 2019. This year, the VR gaming world has moved over from action gaming to more interesting gaming concepts. These new VR Games are unique and first of their kind in the VR Gaming world. Here is a list of some top-notch unique VR games you should be playing right now.
.

Beat Saber is a VR rhythm game, where your goal is to slash the beats which fit perfectly into precisely handcrafted music. It has been called the most addictive VR game to date and proves that the future of gaming ensures physical as well as mental participation. With two glowing laser swords, the players have to cut through the cubes avoiding obstacles. The goals of the game are to provide the satisfaction that comes from cutting the cubes with the emergent perception of rhythm which almost makes the player dance. This game can be played both on PC with a VR headset and PlayStation consoles.

PokerStars VR is the most exciting poker game on the planet right now. The game offers a fully authentic casino hotel experience. When it was previewed at EuroGamer in Birmingham, the UK’s biggest game events, it was praised for being a truly original and immersive social VR game. The game is played in real-time and the player can choose among multiple exotic locales from the Classic Wild West Saloon to The Monte-Carlo Yacht. The players can even toss around a variety of interactive props while the poker action is happening to keep the table fun. You can play the game on Stream with the HTC Vive or Oculus Rift headsets.

Ghost Giant is a wonderful toyland adventure game about friendship. As the title suggests, the player is a ghost giant who helps out a small animal character named, Louis. One of the most important features of the game is its amazing design which is an elaborate and interactive environment to play in. As the giant ghost, the player not only protects and help Louis, but also can peek and explore the individual houses and lives of other occupants. This game is available for PlayStation gaming consoles and is on top of the most wanted VR Games list of 2019.

Tetris Effect is a transcendent take on a classic. Tetris in VR is not only a puzzle game, but a sensory experience with each level boasting its own set of visuals, music and challenges. The gamers call it a euphoric experience, a voyage of emotion and discovery. The hypnotic VR game is available on PlayStation gaming consoles and has received exceptional reviews. When the classic Tetris expert Trey Harrison played the game, not only did he enjoy it, but also talked about how the VR experience actually improved his gaming and his preference for VR version to the classic version.

Gadgeteer (previously known as Ruberg), is a physics-based VR puzzle game where the player can build chain reaction machines to solve intricate and fun puzzles. Not only can the player explore the world of infinite possibilities by building their dream machine, but they can also uncover the mystery behind the disappearance of a brilliant mad scientist by solving his/her puzzles in the game’s story mode. This game won first place in the VanVR Experience Contest. You can download it on your PC and play using the HTC Vive headset.

With the upcoming of unique and engaging games in Virtual Reality, the gaming market has been tremendously expanded for both gamers and creators. The VR headsets, gaming consoles and games are not too expensive today which makes the world of VR even more accessible for all.

Previous post:
Is Vaping A Tool To Quit Smoking Or Is It Just Entertainment? Next Post:
Top Architects On Why They Love Venice, See The Aman Canal Grande Hotel & The City’s Haunted Island