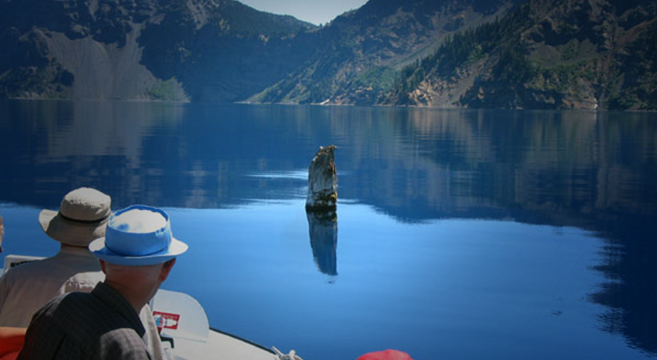 “The Old Man of the Lake” continues to mystify locals and visitors some 120 years since it was first discovered on Oregon‘s Crater Lake back in 1896. The mysterious log has been bobbing perfectly upright ever since geologist Joseph S. Diller first wrote about it in his 1902 book detailing the geography of the lake, and his first encounter with the stump six years prior.

The fact that The Old Man of the Lake continues to bob perfectly upright is one thing, but it’s the movement of the Old Man that intrigued the federal government back in the 1930s. A Washington, D.C. study was commissioned by federal officials who wanted to unlock the mystery of the Old Man which is able to move around the lake with incredible range and at an oddly incredible speed. Much has been learned about the Old Man over the past 120 years, including carbon-dating tests which indicate the tree is at least 450-years-old, meaning it may have been around 330-years-old when it first fell into the water. And as one research team learned in 1988, explains Conor Knighton of CBS Sunday Morning below, the Old Man might have some supernatural abilities as well.

Crater Lake was formed 7,700 years ago by the collapse of the volcano Mount Mazama. The lake is famous for its clarity and deep blue color, and the fact that no rivers flow in or out of the lake. Evaporation is compensated by rain and snowfall which fully replenish the lake every 250 years. Crater Lake is the deepest lake in the United States (1,949 feet), and ranks 10th in the world for maximum peak depth, and 3rd deepest in the world for average depth. To plan your trip and learn much more about Crater Lake National Park, simply head over to NPS.gov.

And no FEELguide post about Oregon is ever complete without including filmmaker and StoryAndHeart.com co-founder Justin Demers‘ loving tribute to the beauty of Oregon. Demers made the video one year after he and his wife welcomed their new baby boy, River, into the world. You can watch it in full below. (Photos by: FrimminJimbits, Amtrak Vacations, Marc Adamus, Whillite Web)

SEE ALSO: Watch One Tbsp Of Olive Oil Drop Into A Lake And Destroy Half An Acre Of Waves
SEE ALSO: Researchers Just Confirmed This Lake Is The Clearest Body Of Water On Earth, But Greece Is Runner-Up
.
[xyz-ihs snippet=”OldMan”] 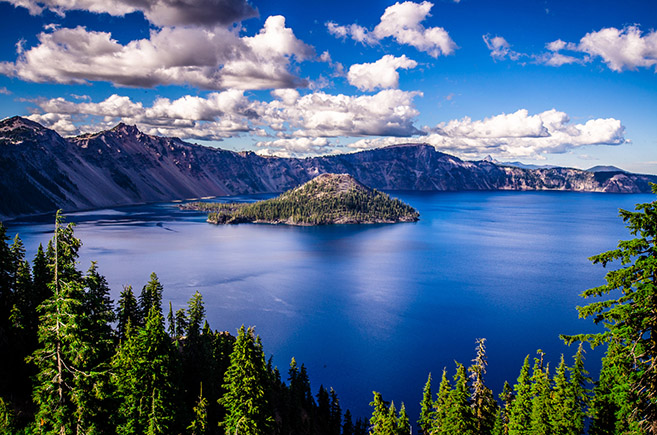 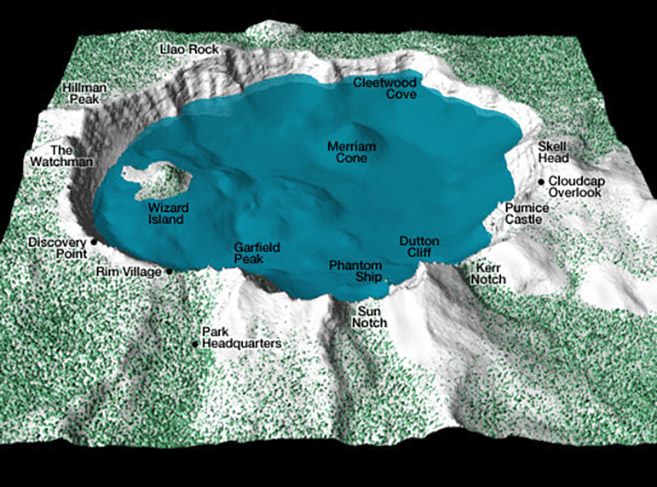