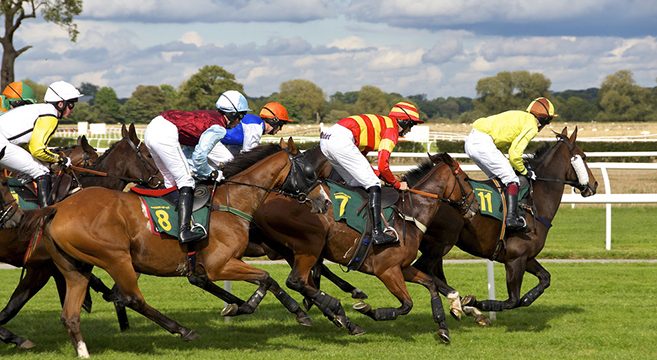 A Look At The Global Popularity Of Horseracing

Horse racing is a big industry now and is a hugely popular sport with fans around the world. Some countries top the list for big events though and attract more fans placing their bets on meetings like the Melbourne Cup, the Grand National and the Dubai World Cup, via their favourite betting companies like Bet365, Paddy Power and Timeform. Here are the top locations around the globe where an interest in horse racing is at an all time high.

Primarily known for flat and jumps racing, the UK is home to numerous horse racing events throughout the year, such as the Grand National, Ascot, Cheltenham and the Epsom Derby to name just a few. Horse racing is tied into British culture and even many people who don’t typically gamble will still watch and bet on events like the Grand National.

Famed for events like the Kentucky Derby and the Breeders Crown, horse racing is a popular sport in America that dates back to 1665. In 2017, the Pegasus World Cup, a thoroughbred race held in Florida, had its inaugural race and is currently the richest horse race in the world with a prize fund of $16 million.

Horse racing is popular in several Asian countries, but Japan is actually one of the leading nations on a global scale for horse racing and over 20,000 races are held here each year. The top race is the Japan Cup that has a purse of around $5.8 million.

The biggest race in the UAE is the Dubai World Cup which has a purse of US$10 million and was the largest purse in the world until the arrival of the Pegasus World Cup in America. Dubai also hosts other races including the Dubai Kahayla Classic. The world’s largest racetrack is here – the Meydan Racecourse – which has seating for 60,000 people, a testament to the love of the sport in Dubai.

There’s a major love of horse racing in France and the Longchamp Racecourse here is home to the world-famous Prix de l’Arc de Triomphe event. France also hosts the Grand Prix de Paris, the Prix du Jockey Club – which is the French Derby – and the Prix de Diane. France also has a smaller jumps racing industry too that’s just as popular.

The Czech Republic has 15 racecourses, with the Pardubice Racecourse being the most famous, so it’s certainly able to match up to other locations around the world in terms of a love of horse racing. The most famous race held here is the Velka Pardubicka steeplechase which has taken place since 1874. The Czech Derby and the Czech Grand National are also very popular meetings in June and October respectively.

Horse racing is a popular sport in Australia and the industry has grown here to become the top three nations in the world for thoroughbred racing. The extremely popular Melbourne Cup takes place here and is known as the ‘race that stops a nation’, attracting countless international entries and fans.

Previous post:
Travel Friendly Apps to Pack In Your Holiday Suitcase Next Post:
This Is The Surreal Turquoise Lake Where Trees Are Growing Upside Down