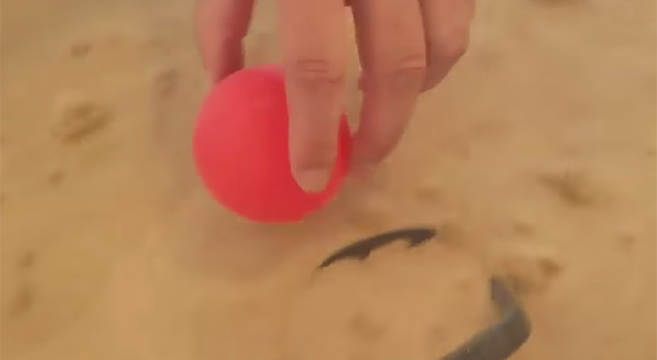 Imagine a beach where the waves are made of sand, too. Impossible, right? Well, not after you watch these two videos demonstrating the effect of sand liquefaction created by air injection. The first of the two videos is the most extraordinary in how it demonstrates the buoyancy of the red ball behaving exactly as it would in water. And the second video takes us back to experiments done in the early 60s, giving us more of a scientific explanation of what we’re seeing.

Soil liquefaction also occurs in the natural world from earthquake vibrations and from underground water. “The phenomenon is most often observed in saturated, loose (low density or uncompacted), sandy soils. This is because a loose sand has a tendency to compress when a load is applied; dense sands by contrast tend to expand in volume or ‘dilate’. If the soil is saturated by water, a condition that often exists when the soil is below the ground water table or sea level, then water fills the gaps between soil grains (‘pore spaces’). In response to the soil compressing, this water increases in pressure and attempts to flow out from the soil to zones of low pressure (usually upward towards the ground surface). However, if the loading is rapidly applied and large enough, or is repeated many times (e.g. earthquake shaking, storm wave loading) such that it does not flow out in time before the next cycle of load is applied, the water pressures may build to an extent where they exceed the contact stresses between the grains of soil that keep them in contact with each other. These contacts between grains are the means by which the weight from buildings and overlying soil layers are transferred from the ground surface to layers of soil or rock at greater depths. This loss of soil structure causes it to lose all of its strength (the ability to transfer shear stress) and it may be observed to flow like a liquid (hence ‘liquefaction’).”

Below are the two videos of sand liquefaction from air injection, and various photo examples from Wikipedia of soil liquefaction. You can read much more about that HERE.
. 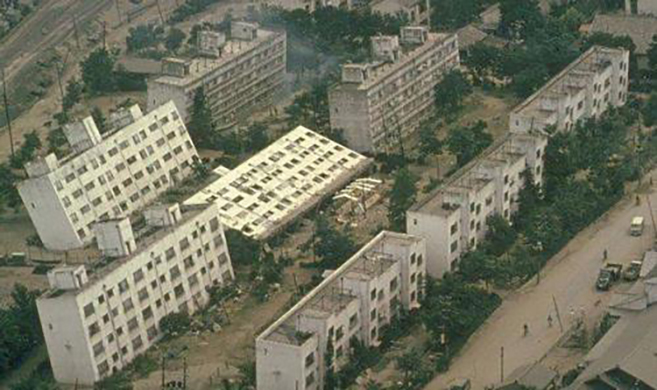 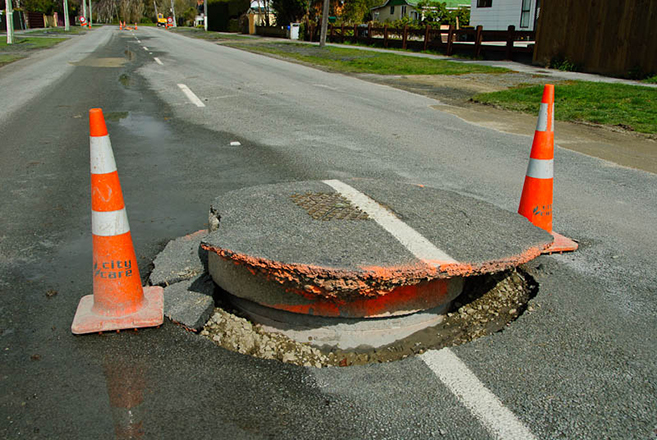 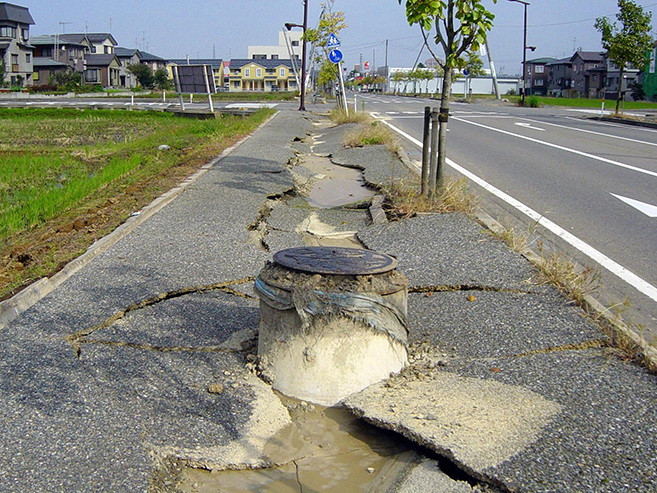 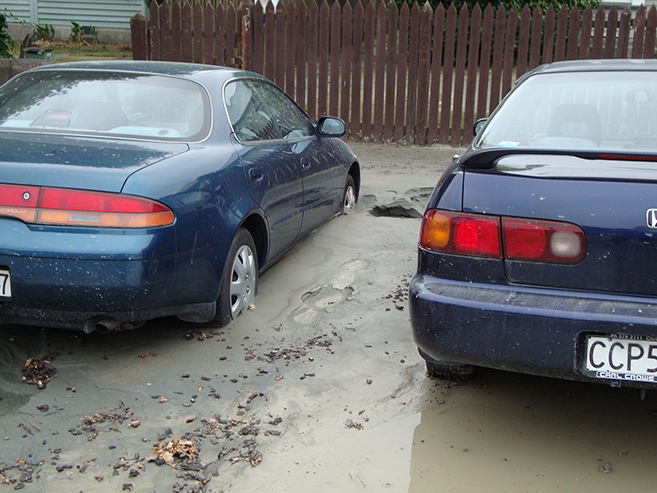 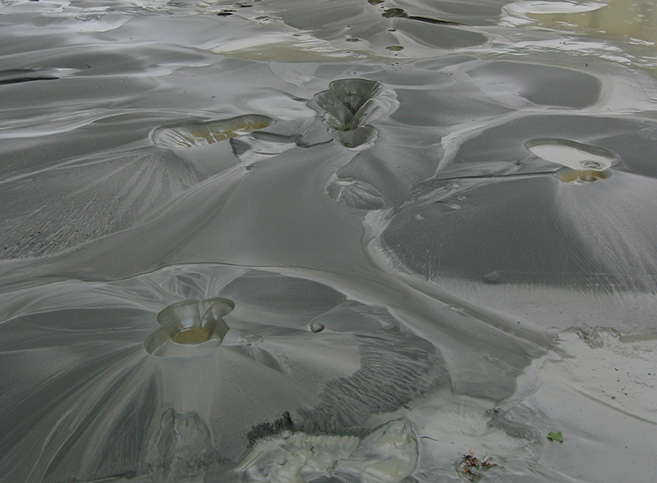