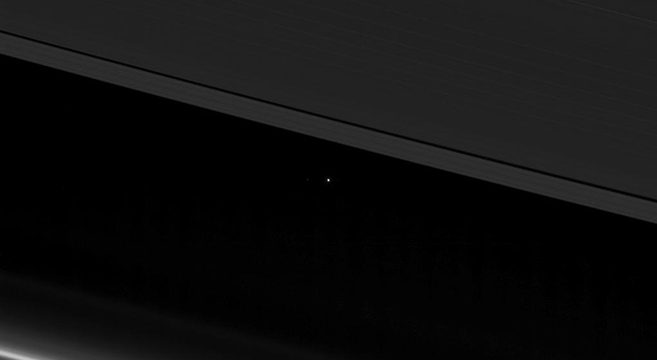 A brand new image from NASA‘s Cassini spacecraft has captured planet Earth and our Moon as two tiny points of light between the icy rings of Saturn. Cassini snapped the pic on April 13, 2017, at 1:41am EST, when it was 870 million miles away from Earth. Even though it’s too small to see, the part of Earth facing the camera at that precise time was the southern portion of the Atlantic Ocean. But as you will see in the New York Times pocket documentary below the pics, this photo is just the tip of a major scientific iceberg.

Cassini has been zipping around Saturn numerous times for the past 13 years, and this weekend it will chart its final course — one that will send it straight towards the planet’s surface and its eventual demise. The reason for this? Cassini is running out of fuel and NASA does not want to risk it zipping off in a bad direction and landing on what is arguably the most precious of Saturn’s treasures — its ocean moon Enceladus.

As you will see in the New York Times doc, Enceladus is the brightest object in our solar system because it is 100% covered in snow. But it’s what Enceladus is hiding inside that has NASA bursting with excitement.
. 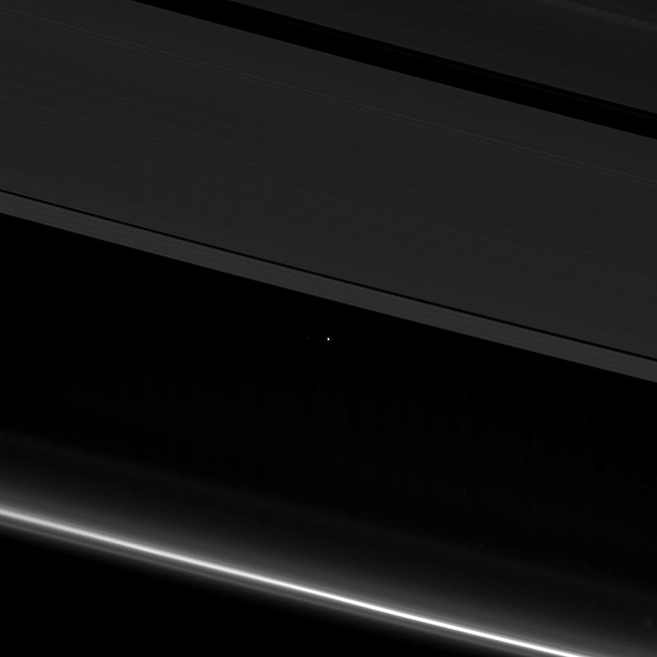 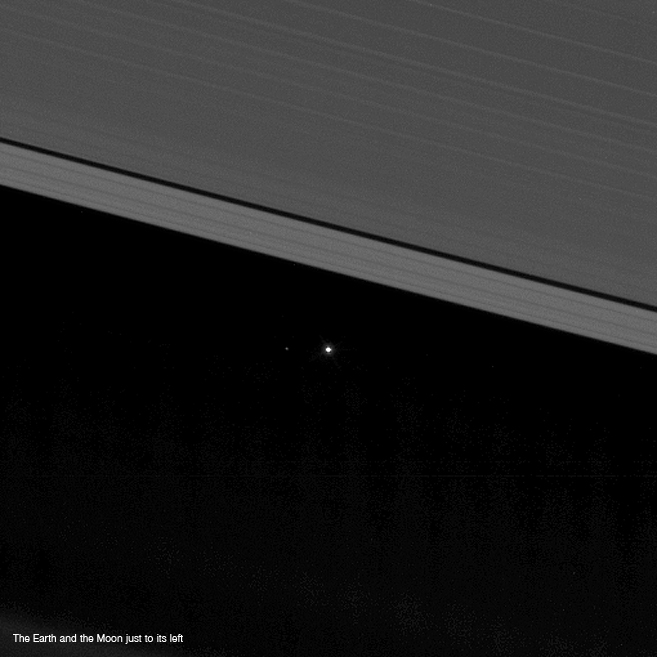