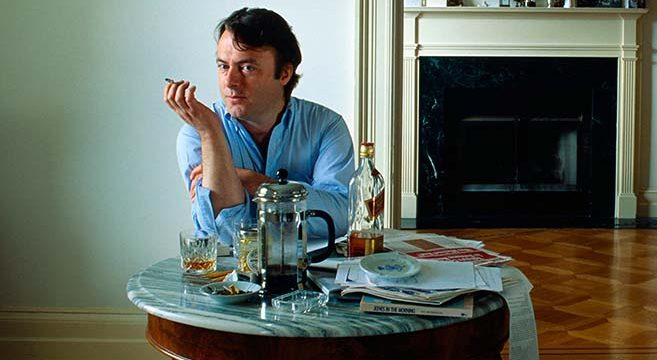 I can’t count how many times I’ve wondered since the Trumpocalyptic election how Christopher Hitchens would have reacted. Arguably the most brilliant public intellectual of the past half century, Christopher Hitchens’ lightning-fast wisdom and towering genius is sorely missed these days. Nobody could have destroyed Trump et. al. better than The Hitch, and we can only dream about what he might have written or said in the wake of such an orange-soaked political tsunami. In a terrific new roundtable, however, we manage to get the next best thing as Hitch — his widow, friends, and colleagues — who theorize what a Hitch vs. Trump showdown would have looked like. Watch the discussion in the first video below. For all FEELguide stories about Christopher Hitchens visit Christopher Hitchens on FEELguide. (Photo: Catherine Karnow/Corbis)
.

Previous post:
Visiting Europe on a Budget Next Post:
Insane Pics Of Tilda Swinton In Old Man Makeup On Set Of Horror Film From “I Am Love” Director