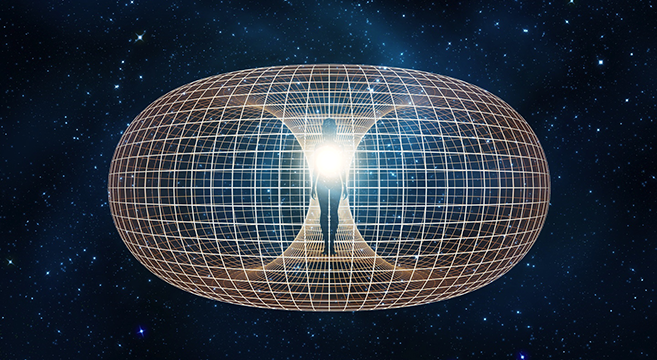 Researchers have detected what is likely a fifth force in nature. “For decades, we’ve known of four fundamental forces: gravitation, electromagnetism, and the strong and weak nuclear forces,” says the study’s lead author Jonathan Feng, a professor of physics and astronomy at the University of California, Irvine. “If confirmed by further experiments, this discovery of a possible fifth force would completely change our understanding of the universe, with consequences for the unification of forces and dark matter.” The findings were published by the Institute for Nuclear Research, and the study was led by T.J. Ketel of the National Institute for Subatomic Physics, and A. Krasznahorkay of CERN in Geneva, Switzerland.

Data appears to indicate the physicists have found not a “dark photon,” but instead a “protophobic X boson” — a very peculiar particle belonging to a fifth force of nature. While electromagnetic force acts on protons and electrons, this newly discovered particle interacts with neutrons and electrons only. “There’s no other boson that we’ve observed that has this same characteristic,” says co-author Timothy Tait, also a professor of physics and astronomy at UC-Irvine. “Sometimes we also just call it the ‘X boson,’ where ‘X’ means unknown.”

It’s being speculated this new fifth force could be acting like a bridge between electromagnetic forces and strong-weak nuclear forces, perhaps working together on the part of “one grander, more fundamental force,” Feng said. It is quite possible that the known universe of normal matter and forces has an equivalent and parallel “dark” counterpart which has its own matter and forces. “These two sectors [may be talking] to each other and [interacting] with one another through somewhat veiled but fundamental interactions,” Feng said. “This dark-sector force may manifest itself as this protophobic force we’re seeing as a result of the Hungarian experiment,” adds Feng. “In a broader sense, it fits in with our original research to understand the nature of dark matter. If true, it’s revolutionary.”

Some even theorize this fifth force is constantly at work inside the human body via the heart. Neuropsychologist Paul Pearsall Ph.D. elaborates on this theory in his book The Heart’s Code: Tapping the Wisdom and Power of Our Heart Energy. Pearsall uses the term fifth force interchangeably with the term “L-energy,” writing: “The heart is uniquely composed of L-energy and communicates and conveys it in its own form but also ‘piggybacked’ on the electromagnetic field (EMF) created by the heart.” Pearsall adds, “The heart’s EMF is 5,000X more powerful than the electromagnetic field created by the brain and, in addition to its immense power, has subtle nonlocal effects that travel within these forms of energy. Superconducting quantum interference devices, magnetocardiograms, and magnetoencepholograms that measure magnetic fields outside the human body show that the heart generates over 50,000 femtoteslas (a measure of EMF) compared to less than 10 femtoteslas recorded from the brain. It is possible that the heart, because of its immense energy potential, is the primary center of L-energy conduction.”

Pearsall spent years studying heart transplants and how the background of a new heart could affect its recipient. For example, one man began to yearn for spicy foods and to study Spanish before he knew that his donor had been Hispanic. You can read ten astonishing case studies of strange phenomena that happened to heart transplant recipients by visiting PaulPearsall.com.

At the Institute of HeartMath (IHM) Research Center, researchers are also exploring the mysteries of how electromagnetic and other forces are used by the heart to influence information processing, perceptions, emotions, and health. They have found, for example, that the human heart’s electromagnetic field can be “sensed” and felt up to 30-feet away. “More intriguing are the dramatic positive changes that occur when techniques are applied that increase coherence in rhythmic patterns of heart rate variability,” writes the team at HeartMath. “These include shifts in perception and the ability to reduce stress and deal more effectively with difficult situations. We observed that the heart was acting as though it had a mind of its own and was profoundly influencing the way we perceive and respond to the world. In essence, it appeared that the heart was affecting intelligence and awareness. The answers to many of our original questions now provide a scientific basis to explain how and why the heart affects mental clarity, creativity, emotional balance and personal effectiveness. Our research and that of others indicate that the heart is far more than a simple pump. The heart is, in fact, a highly complex, self-organized information processing center with its own functional ‘brain’ that communicates with and influences the cranial brain via the nervous system, hormonal system and other pathways. These influences profoundly affect brain function and most of the body’s major organs, and ultimately determine the quality of life.”

This fifth force would certainly not be unique to humans alone — it is also likely present in other highly evolved species as well. In her book Voices In The Ocean, Susan Casey writes of her lifetime of research into the spectacular, almost supernatural abilities of the dolphin. “[The book] features a number of anecdotes of dolphins breaking away from boats to encircle and rescue the bodies of people who had attempted suicide or become stranded at sea, sometimes miles away from where the dolphins were,” writes Victoria Woollaston in her review of the book. “One example, quoted from the book ‘Beautiful Minds’ by biologist Maddalena Bearzi, recalls a story in which dolphins supposedly beckoned a group of divers out to sea and away from the coastline of Thailand on the day the tsunami hit in 2004. The divers were unaware of the dangers on the shore and claim the dolphins effectively saved their lives by keeping them out at sea. If they do have a collective consciousness, with or without telepathic abilities, the animals may have been able to ‘sense’ that someone was in danger. And if theories about the animals not being able to differentiate between humans and themselves are true, they may have responded to a lone human in the same way they would a lone dolphin that had been separated from its pod.”

It’s possible this fifth force may also be connected to chi — the Chinese term for “life force energy” or “life breath” (to see the most remarkable exhibit of chi energy at work be sure to watch the video just below). Fifth force could even be the energy source behind the most mysterious phenomenon in our world, such as the power of prayer, the ability to communicate with the afterlife, and those uncanny moments when you think of someone just seconds before they call you. We may never have access to these answers, but regardless of this or not — may the force be with you.
.