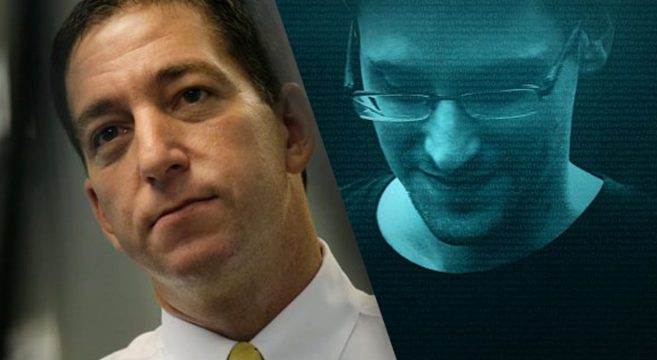 As the Russian hacking scandal continues to unleash its diplomatic fallout (i.e. Obama closing two Russian facilities in the U.S., and expelling 35 Russian diplomats accused of espionage), two of the world’s leading voices behind some of the most shocking revelations of mass surveillance and hacking in recent history have two completely different theories as to what is going on. On on hand, Edward Snowden claims the U.S. likely has proof that Russia is behind the hacks of the DNC.

Even if the attackers try to obfuscate origin, #XKEYSCORE makes following exfiltrated data easy. I did this personally against Chinese ops.

But on the other hand, Pulitzer Prize-winning journalist Glenn Greenwald thinks the claims of Russian hacking presented by U.S. intelligence is merely a political strategy by Obama and Democrats to portray Russia as enemy #1, thereby implicating Trump as being in bed with a dictator. Watch below as Greenwald explains his argument to Tucker Carlson.

Furthermore, Matthew Rozsa of Slate writes, “When American citizen Anna Politkovskaya was gunned down in her Moscow apartment in 2006 after writing articles critical of Vladimir Putin, five men were convicted of her murder. But the mystery is who ordered her killing, according to The Huffington Post. Snowden revealed that Politkovskaya’s email had been hacked by Russian intelligence with malicious software. Using ‘intercept signals’ that identified the source of the attack, the NSA was able to demonstrate not only that it knew Russian intelligence was responsible for the hacking, but that it could in general track cyberattacks perpetrated by the Russian government. By contrast, even though the 13-page report released by the Obama administration on Thursday offered plenty of details about the phishing techniques used by the Russian government in Grizzly Steppe (the term used by the government to describe all of the Russian hacking efforts), it did not provide concrete evidence that Russia was itself responsible.”

Glenn Greenwald was one of only two journalists contacted by Edward Snowden in his now infamous release of top secret NSA documents revealing the scale of mass surveillance by governments around the world. The meetings and eventual reporting was all captured on film by director Laura Poitras, who was also contacted by Snowden. The story became the Academy Award-winning documentary CITIZENFOUR.
.

Previous post:
How One Tiny Facebook Group Became A Life-Saving Hotbed Of Cutting Edge Colon Cancer Clinical Trials Next Post:
Researchers Finds Many Suburban & Rural Straight Men Are Having Lots Of “Bud Sex” With Each Other