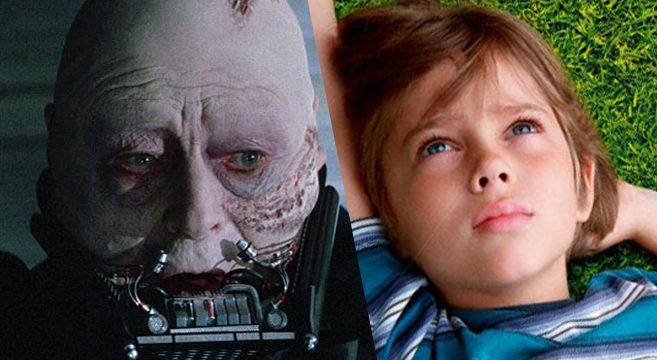 Darth Vader & The Jaramarana Switch: The Huge Psychological Shift That Kids Always Make At Age Of 10

There are several benchmark moments in a child’s development, but the first and most important occurs around the age of 6 months. It’s at this time when a child typically develops self awareness — when they realize they are their own person. This is a simplified explanation in a way, because the development of self awareness comes in a series of thresholds between the ages of 4-months to 12-months. You can learn more about this and the different ways you can encourage and facilitate your baby’s self awareness development by CLICKING HERE.

But once a child establishes him or herself in the realm of self awareness, the most complex intellectual threshold they will encounter next is the concept of mortality. As adults we take for granted the sheer enormity of such a concept and the amount of work it takes to wrap our minds around it. But thankfully a child doesn’t need to make such a huge philosophical leap overnight. A child’s understanding of mortality comes in three age phases (i.e. ages 0-5, 5-9, 10+) with six components (permanence, inevitability, irreversibility, nonfunctionality, causality, and universality):

PHASE ONE (0-5 YEARS): During this phase children have no idea that death even exists at all. Therefore, the idea that death is permanent and inevitable is not yet encountered.

PHASE TWO (5-9 YEARS): From the age of 5 to 9, children slowly begin to form the earliest understanding of death permanence and death inevitability; however, children consider death to be something that happens only to older people in the future (i.e. not in the near future). In the later part of this phase, as a child begins to get clues that this concept is getting bigger and bigger, they begin to fill in the gaps of the unexplained with elements of fantasy (typically provided by storytelling, books, film, and television).

PHASE THREE (10+ YEARS): At around the age of around 10, the most complex components of a child’s understanding of death begin to coalesce. It is during this phase that children finalize their understanding of death permanence and inevitability, as well as universality (i.e. they realize death is something that can happen to them at any time, not just adults and not just in the distant future). They also now understand the nature of causality (i.e. the external and internal events that can trigger death). When a child reaches this point they can also grasp the concept of irreversibility (i.e. the understanding that once the physical body dies it cannot be made alive again; and the beginnings of an understanding of noncorporeal continuation after death of the body, in concepts such as reincarnation and resurrection). The later part of this phase also includes an understanding of the concept of nonfunctionality (i.e. the understanding that once a living thing dies, all of the typical life-defining capabilities of the living physical body, such as walking, eating, hearing, seeing, thinking, and learning, cease). In this phase, specifying the person’s physical body distinguishes this aspect of the concept of death from the issue of whether some noncorporeal aspect of a person, such as the spirit, is capable of any life-like functions (i.e. loving, helping) after death. It is at this moment when a child’s mind begins to form its spiritual dimension.

From the age of 10 onwards, children have everything they need to bombard their parents and themselves with some enormously philosophical questions — the very same questions that have shaped our religions, our civilizations, and our understanding of our place in the Universe. They also have everything they need not only to contemplate mortality, but also immortality. And when one is able to contemplate immortality he or she cannot help but ponder ways it can be achieved. In Buddhism this is referred to as jarāmaraṇa (i.e. wrestling with the desire to escape old age and death).

Watch below as the team at Wisecrack explain the connection between a 10-year-old’s understanding of death, jarāmaraṇa, and the character Darth Vader. It’s a fascinating video essay, as is Margaret Atwood’s equally brilliant explanation of how human’s understanding of immortality emerged from our development of sophisticated languages which come with past tense and future tense capabilities. It was because of this development, Atwood argues, that religion was born. (Sources: Psychology Today, University of Michigan, Uncrate)
.