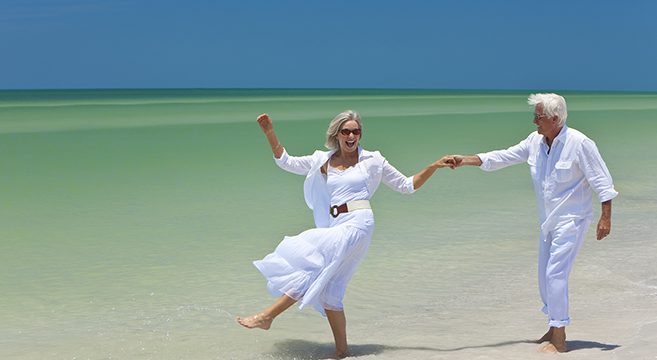 The human brain is the most complex biological machine in the known Universe, and just like the Universe itself it is filled with mysteries. The newest one coming from a Northwestern Medicine study which was initially aimed at finding the source of superior memory performance in people over 90. When researchers analyzed these “super brains” they were shocked to discover that 38% of them had dense and widespread Alzheimer’s plaque and tangling pathology throughout, but were somehow 100% protected from the disease’s devastating impacts. The level of destroyed brain tissue was exactly on par with other 90+ individuals who suffered from the worst effects of Alzheimer’s but did not have superior memory performance and brain protection.

The results were presented on November 14, 2016 at the Society for Neuroscience 2016 Annual Conference in San Diego, by Northwestern Medicine lead investigator Changiz Guela. “This is amazing. We never expected it,” says Guela. “It tells us there are some factors that are protecting their brains and memories against the Alzheimer’s pathology of plaques and tangles. Now we have to find out what those are.” Guela is also a research professor at the Cognitive Neurology and Alzheimer’s Disease Center at Northwestern University Feinberg School of Medicine.

The study is not the first to find results such as this. Other research has discovered the existence of the same immunity in other superior brains which also showed maximum levels of Alzheimer’s pathology. Extensive plaque and tangling almost always results in the death of neurons and the onset of Alzheimer’s dementia, so the bewildering existence of these protected super brains will almost certainly lead to treatments. “Now we have to search for factors that protect these elderly against memory loss,” Geula said. “We will look at genetic, dietary and environmental influences that could confer protection for neurons against Alzheimer’s pathology.”

Guela and his team have already begun work on a large-scale study aimed at finding out the source of this Alzheimer’s protection, but what they do know is this exceptional group of “super agers” had exceptional cognitive ability right up until they died. So what can you do to increase your odds of turning your own brain into a “super brain?” In the first video below, Maria Shriver of TODAY reports on a groundbreaking new regimen known as the Bredesen Program (you can do it at home for free) which is showing signs of reversing the symptoms of Alzheimer’s — for some people by a whopping 100%. And in the second video watch as MIT President Rafael Reif explains to CBS This Morning why he is certain we will have an Alzheimer’s treatment and cure very soon. And to learn more about the Bredesen Program CLICK HERE. (Photo: source)