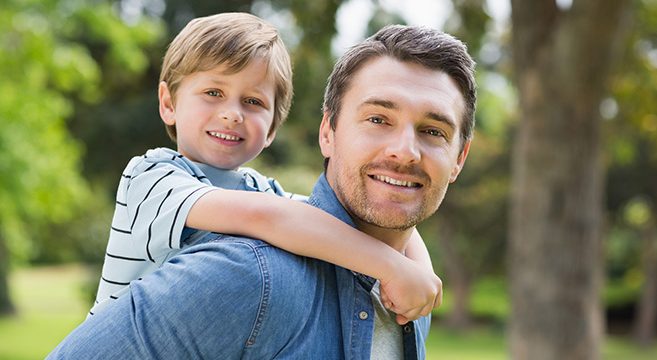 It’s been famously said that masculinity is the expression of things in life worth dying for, while femininity is the expression of things in life worth living for. But when a neuropsychiatrist contemplates this idea, they zoom in and read between the lines because at the end of the day these dual expressions are all governed by the most mysterious and complex biological machine in the known Universe — the human brain. Thoughts lead to emotions which lead to actions which lead to behavior, but if you go back to the beginning of this chain, take a moment to ask yourself this question: are you in full control of your thoughts? The answer is no. Every thought and emotion you have emerges out of your unconscious brain involuntarily, and these processes are all largely controlled by hormones and neurotransmitters triggered inside your brain and the microbiome of your gut (your gut, after all, is your second brain because they work in tandem). But just as no two brains are alike, there are also measurable differences between the female brain and the male brain.

In her terrific new book, The Male Brain: A Breakthrough Understanding of How Men and Boys Think, neuropsychiatrist Dr. Louann Brizendine, the founder of the first clinic in the country to study gender differences in brain, behavior, and hormones, turns her attention to the male brain, showing how, through every phase of life, the “male reality” is fundamentally different from the female one. Exploring the latest breakthroughs in male psychology and neurology with her trademark accessibility and candor, she reveals that the male brain: “is a lean, mean, problem-solving machine. Faced with a personal problem, a man will use his analytical brain structures, not his emotional ones, to find a solution. [The male brain also] thrives under competition, instinctively plays rough and is obsessed with rank and hierarchy; has an area for sexual pursuit that is 2.5-times larger than the female brain, consuming him with sexual fantasies about female body parts; and it experiences such a massive increase in testosterone at puberty that he perceive others’ faces to be more aggressive.” Impeccably researched and at the cutting edge of scientific knowledge, this is a book that every man, and especially every woman bedeviled by a man, will need to own.

Dr. Brizendine new book is a follow-up to her New York Times bestseller, The Female Brain. In a brand new report for TODAY, Maria Shriver sits down with Dr. Brizendine for a fascinating tour of the male brain. Among the most interesting revelations is when she discusses the #1 mistake made by mothers of newborns with regards to their husbands/partners. It’s a mistake that can actually lead to developmental problems in the child. You can watch it in full below, and to find out if your relationship is “normal” when it comes to love and sex, watch Pepper Schwartz’s interview on CBS This Morning HERE. And no post about sexual relationships would be complete without reading this: “Is Monogamy A Natural State For Humans? We Finally Have A Scientific & Anthropological Answer”  (photo courtesy of Giving Assistant).

SEE ALSO: These Are The 7 Parts & Places In The Human Body Where Love Abides, Grows, And Changes
SEE ALSO: Groundbreaking Research Discovers The “Love” Molecule: The Source Of Morality, Monogamy & Connection
.