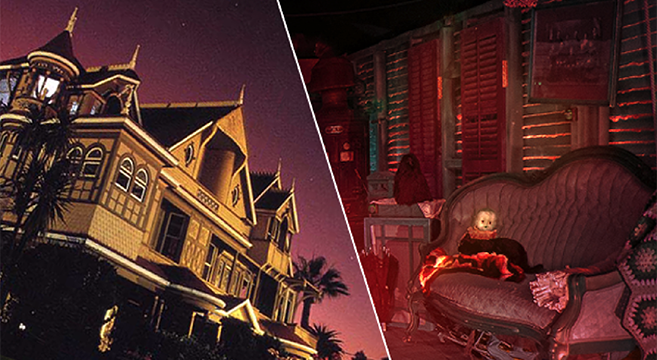 The Seen & The Unseen: Creepy New Room Just Discovered Inside The Attic Of Winchester Mystery House

The Winchester Mystery House in San Jose, California is perhaps the single strangest and most peculiar story in the history of American residential architecture. Built by Sarah Winchester, the widow of gun magnate William Wirt Winchester, the massive estate was born out of tragedy. Devastated by the sudden deaths of her daughter in 1866 and her husband 15 years later in 1881, Sarah began construction on the house at the do-or-die advice of a medium. The medium warned Sarah that her husband’s gun empire was responsible for the deaths of so many thousands of people and those souls were now out for revenge. Sarah was told to leave her home in New Haven, Connecticut, head west, and “build a home for yourself and for the spirits who have fallen from this terrible weapon, too. You must never stop building the house. If you continue building, you will live forever. But if you stop, then you will die.”

That paranormal design challenge led Sarah to begin construction on the massive Winchester House in 1884. Construction continued around the clock for the next 38 years until her death in September 1922 (the house would have cost the equivalent of $79 million in 2016). The house has a total of 10,000 windows, 2,000 doors, 47 fireplaces, 40 staircases, 13 bathrooms, 9 kitchens, and absolutely no master plan. Filled with staircases that lead to nowhere, and Escher-like dead-ends to confuse the vengeful spirits, the Winchester House is a modern marvel of mystery and design, and its strangeness only continues to unfold. Recently the administrators of the Winchester Mystery House revealed that a brand new room was discovered in the attic. When the huge 1906 earthquake hit San Francisco up north, Sarah believed it was the doing of the evil spirits in the house so she had the room boarded up forever.

When the room was opened for the first time they found several items including: a dress form and sewing machine, a pump organ, a Victorian couch, and numerous paintings. This brings the number of rooms in the house from 160 to the new total of 161 — which has now become part of the official tour. The Winchester Mystery House is a California state landmark, and is registered with the National Archives of Historic Places. And according to researchers, it is also one of the most haunted locations in the entire country.

This past August, CBS Films acquired the rights and began pre-production on the new horror film, Winchester, based on the strange true stories of Sarah and the house. Mike Fleming Jr. of Deadline writes, “Helen Mirren plays firearms heiress Sarah Winchester, who was convinced that she was haunted by the souls killed at the hands of the Winchester repeating rifle. After the sudden deaths of her husband and child, she threw herself into the 24/7 construction of an enormous mansion designed to keep the evil spirits at bay. But when skeptical San Francisco psychiatrist Eric Price is dispatched to the estate to evaluate her state of mind, he discovers that her obsession might not be so insane after all. The film will take audiences inside the labyrinth-like Winchester Mystery House in San Jose, which is believed to be one of the most haunted places in the world.”

No one can be too sure if the Winchester Mystery House has finished revealing its secrets, but if you happen to be one of those people with a curiosity for abandoned spaces, you will definitely enjoy the work of architectural photographer and urban explorer Mirna Pavlovic. Born in Croatia in 1989, Pavlovic has documented many of Europe’s most visually stunning abandoned villas, palaces, and castles in her series entitled Dulcis Domus. “They are never truly dead, yet never really alive,” says Pavlovic. “Precariously treading along the border between life and death, decay and growth, the seen and the unseen, the past and the present, abandoned places confusingly encompass both at the same time, thus leaving the ordinary passer-by overwhelmed with both attraction and revulsion.”

You can see many of Mirna’s photos below, follow her on Instagram, and visit her website at Inkquietude.com. And if you’re in the San Jose area be sure to visit the Winchester Mystery House. You can get all the information at WinchesterMysteryHouse.com. (Winchester House photo credit: Winchester Mystery House, LLC; story sources: The Mercury News on Facebook, CBS News San Francisco, Deadline. Abandoned European villa photos by Mirna Pavlovic; story source: Photogrist.com).
. 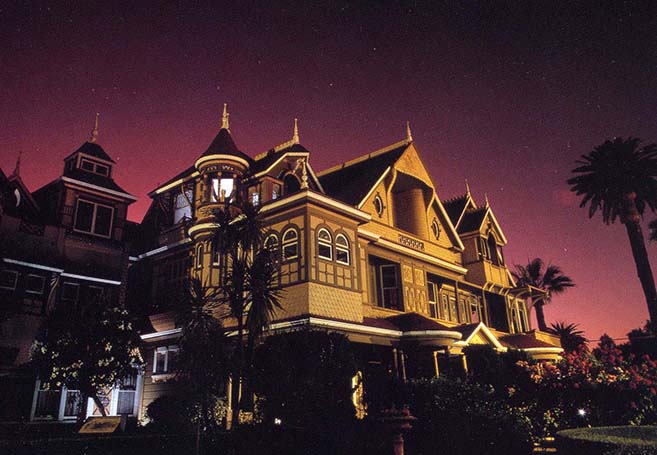 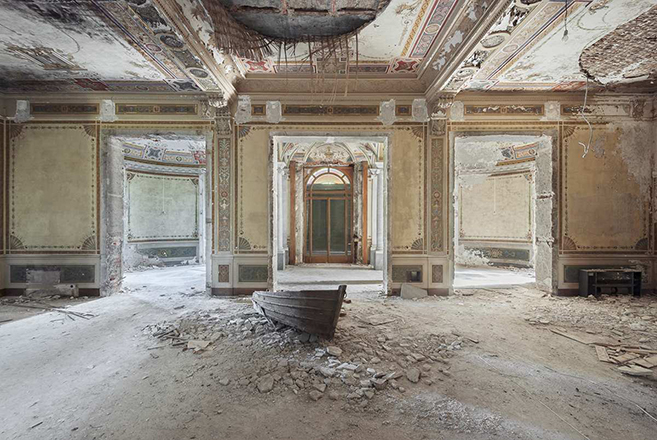 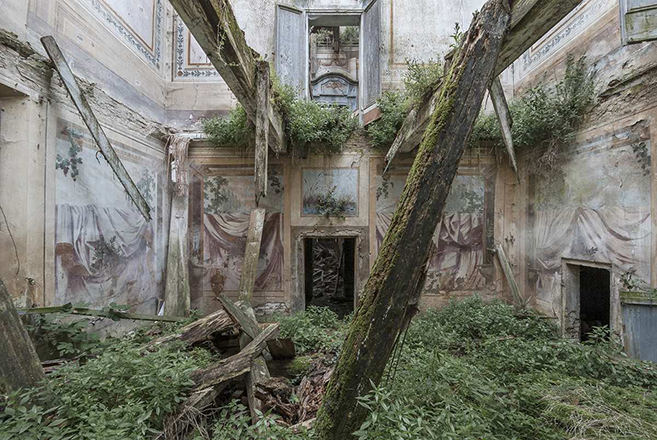 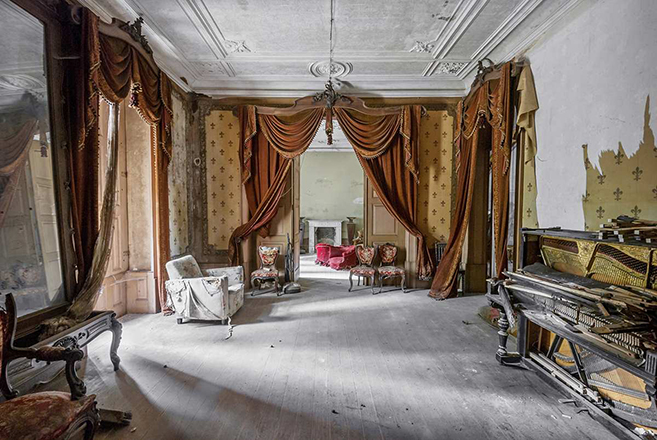 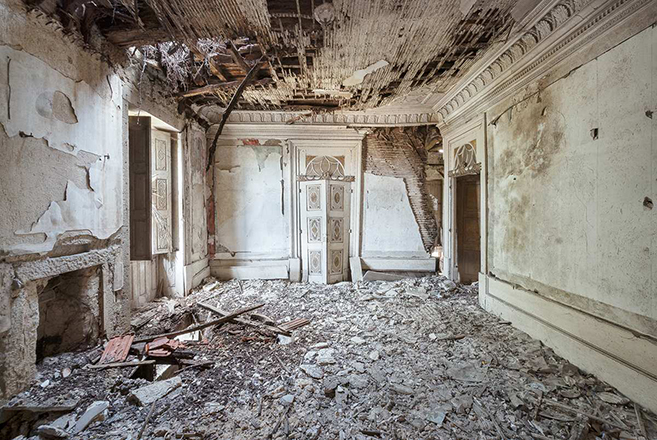 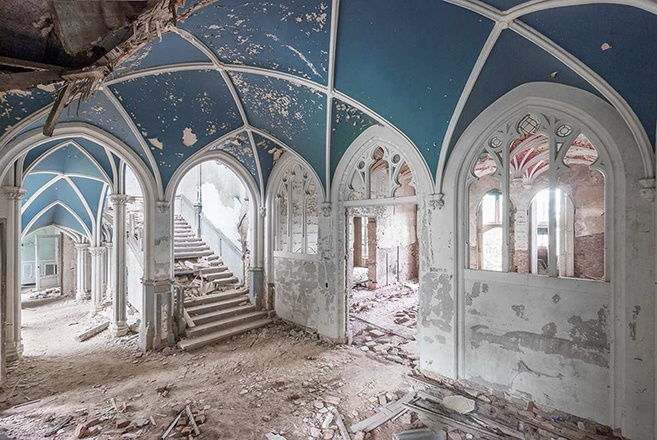 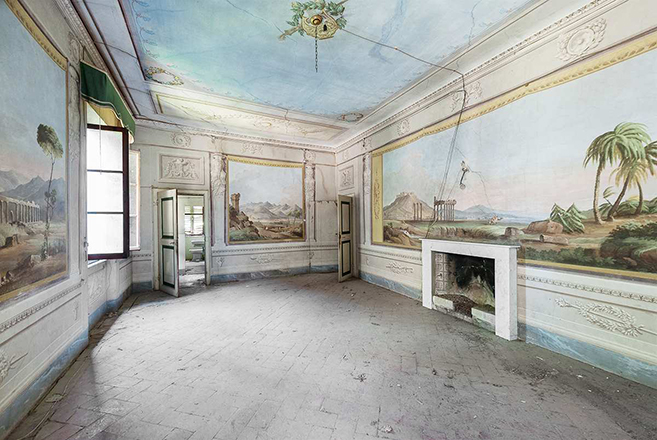 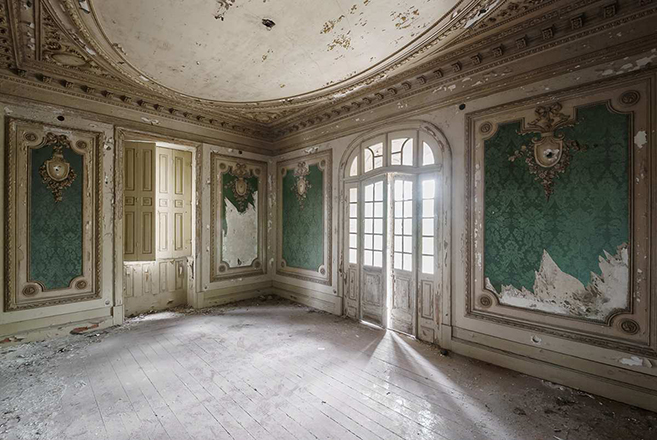 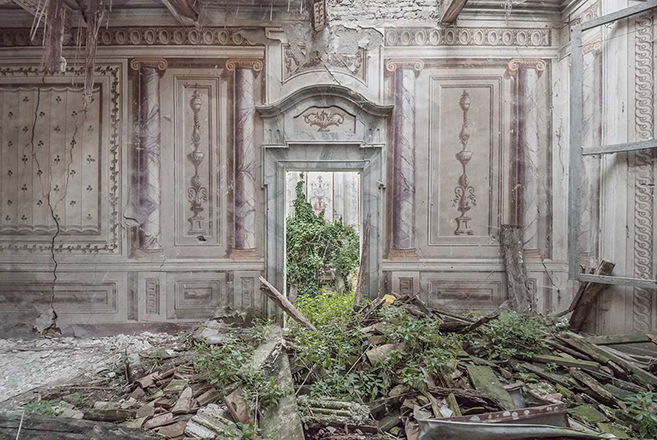 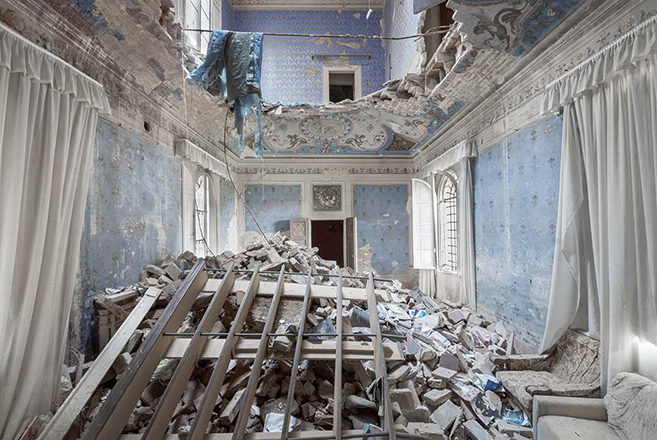 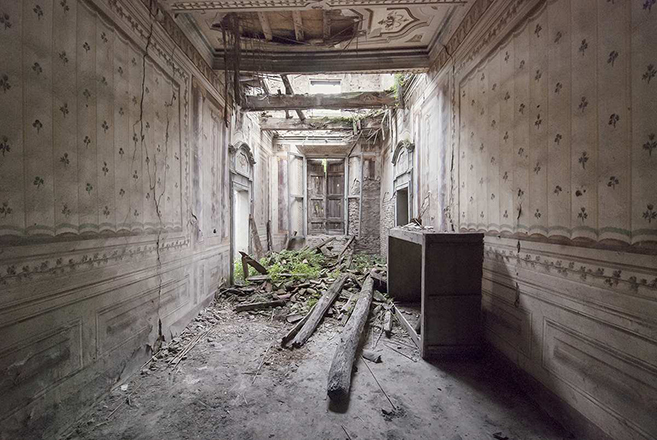 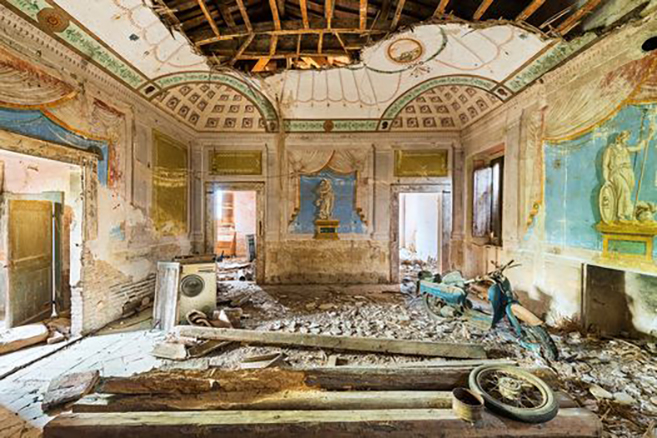 Previous post:
The World’s Most Amazing Kitten Species Also Happens To Come From The World’s Most Beautiful Kingdom Next Post:
Congress Must Give Every American One Month Free Vacation To Heal From History’s Most Toxic Election