When the folks running the YouTube Channel, See Jackson Hole, installed a live webcam at the Pizzeria Caldera in Jackson Hole, Wyoming, they couldn’t possibly have predicted what would happen next. For some strange reason their mundane live webcam perched atop the intersection of East Broadway and South Cache Street has become an obsession for thousands of viewers around the world.

With random cars and trucks coming and going 24 hours a day, and the town’s beloved Elk Antler Arches and the Teton Mountain Range in the distance, some viewers spend hours each day watching life in Jackson Hole go by. And aside from the intersection itself, the channel’s live comment stream has also become quite an entertaining draw as well. NBC Nightly News paid a visit to the famous intersection to see if they could find some clues to the webcam’s appeal, but to see for yourself just press play on the live webcam below, and open it up in YouTube to see the live comment stream.

Live streaming is now exploding online even more thanks to Facebook. It seems everyone’s going live nowadays, but one of my absolute favorite Facebook Live streams comes from the nature lovers at Explore.org. I’ve attached a few of their live videos below, and you can see them all for yourself on their Facebook page. (Elk Antler Arches photo via Coast2CoastBikeRide.com)
. 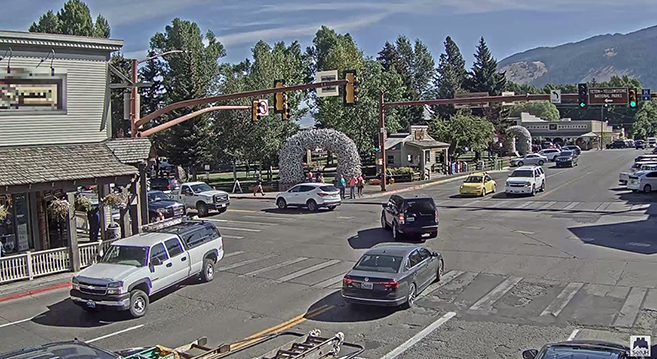 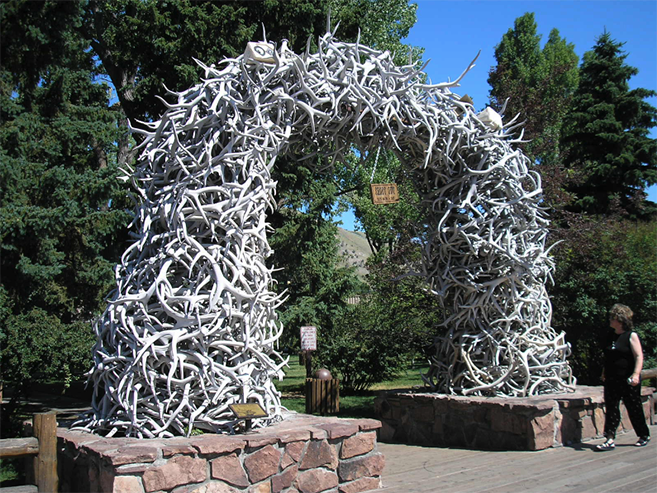