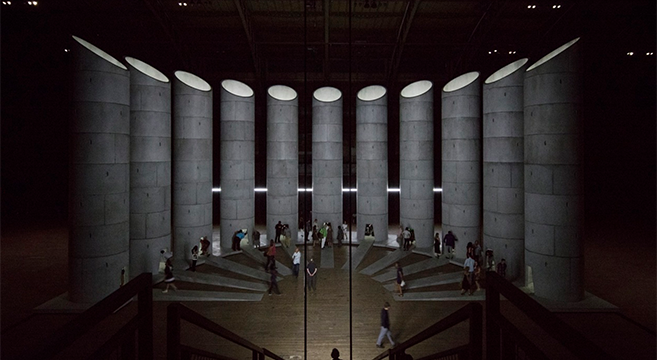 Artist Taryn Simon in collaboration with OMA has created a major new work for Park Avenue Armory’s Wade Thompson Drill Hall, co-commissioned by the Armory and Artangel, London. A conceptual artist working primarily with image and text, Simon breaks form with her first-ever directed performance in a monumental sculptural setting, in which she considers the anatomy of grief and the intricate systems that we devise to contend with the irrationality of the universe.

OMA’s New York office collaborated with Taryn Simon to design the large scale sculpture of 11 concrete wells, entitled An Occupation of Loss, that will be activated by 30 professional mourners from around the world each evening. Each well measures 45 feet in height, composed of eight stacked, industrial concrete rings. A continuous platform raises the ellipses of wells to distribute their structural load, while integrated lift holds allow cranes to easily stack the rings and facilitate eventual transportation to London. Like Zoroastrian “towers of silence,” the installation makes explicit the never-ending human need to give structure to death in order to understand it.

Shohei Shigematsu commented: “The design was sonically-motivated, focusing on the performative act of loss rather than its physical manifestation, which has been historically marked by multiple scales – from tombstones to the World Trade Center Memorial.The industrial wells were configured into a readymade ruin that responds to both personal and monumental dimensions.”

Within each towering structure, mourners enact rituals of grief that resound throughout the vast drill hall. Their rituals are orchestrated by the collective presence, absence, and movement of the audience within the installation. OMA’s large-scale sculpture of inverted wells functions as a discordant instrument. Each performance unfolds from a convergence of unique and unrepeatable factors. The mourners’ recitations of tuneful, textual weeping include: Albanian laments, excavating “uncried words”; Venezuelan laments, safeguarding the soul’s passage to the Milky Way; Greek laments, binding the story of life with afterlife in polyphonic poetics; and Yezidi laments, mapping a topography of exile.

The professional status of these mourners — performing away and apart from their usual contexts — underscores the tension between authentic and staged emotion, spontaneity and script. During the daytime, visitors are invited to activate the sculpture with their own sounds, as a subtle drone created from recordings of the mourners’ rituals provides echoes of the evening performances. On view September 13-25, 2016 at the Armory, An Occupation of Loss will be presented by Artangel in London next year.
. 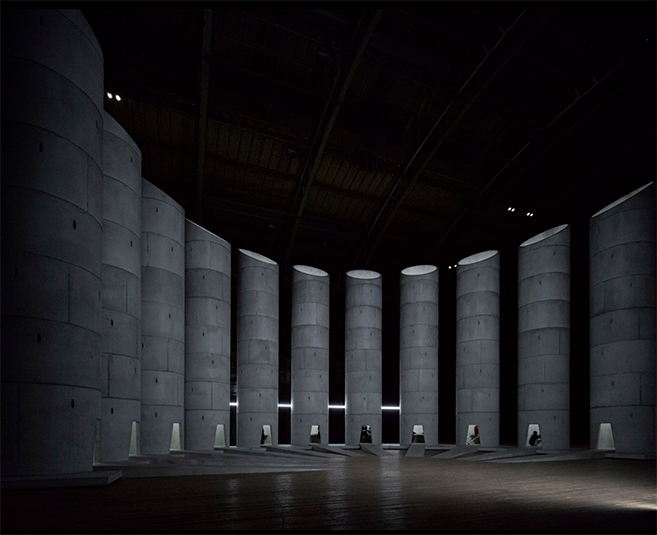 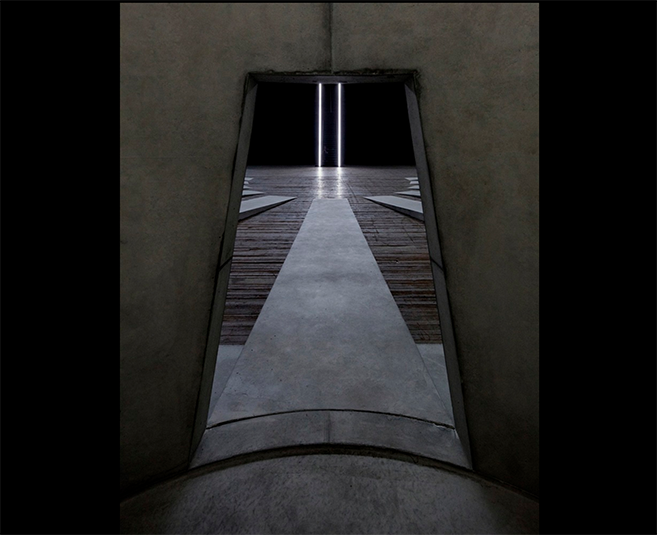 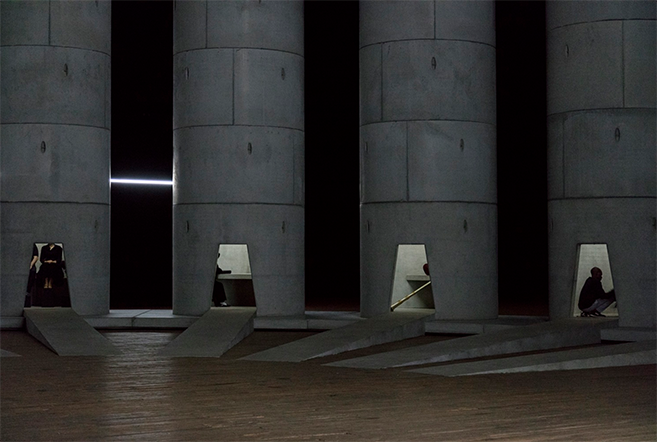 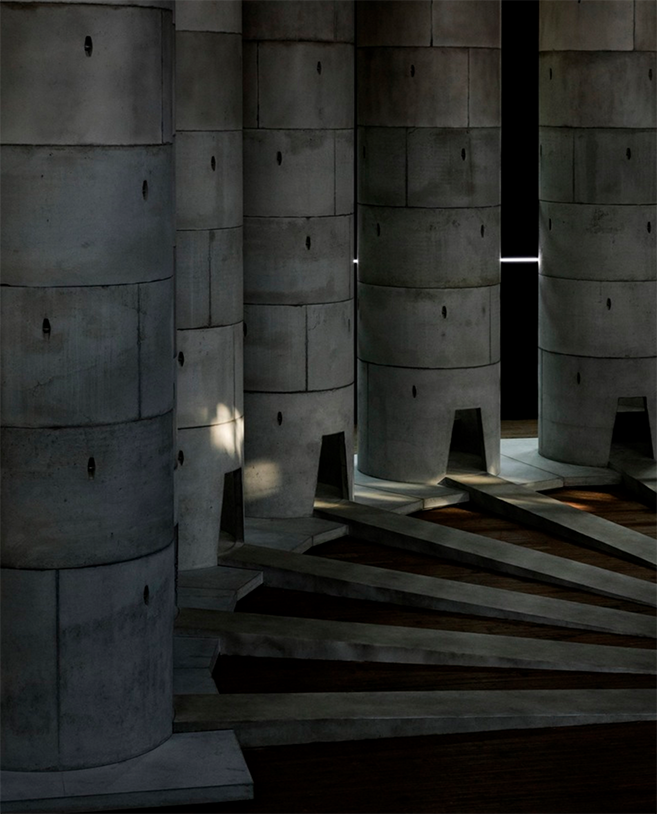 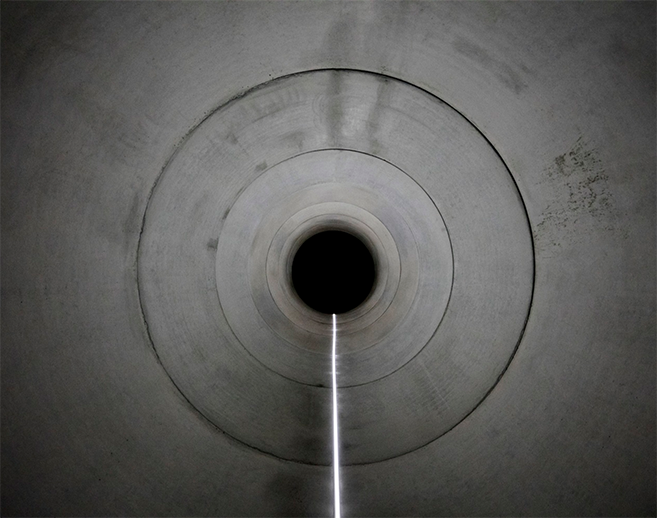 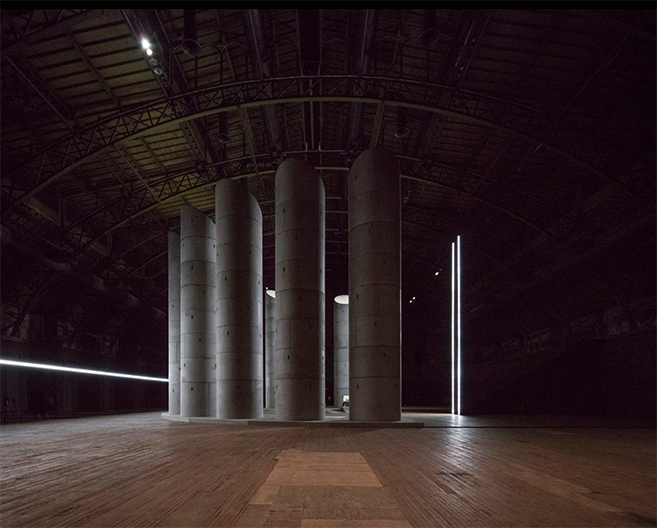 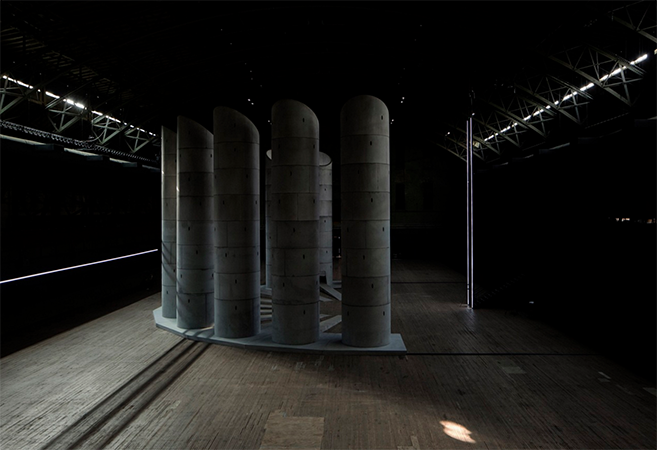 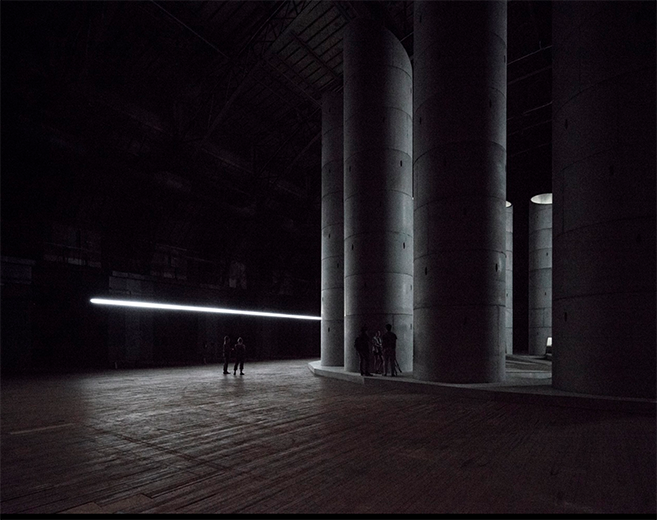 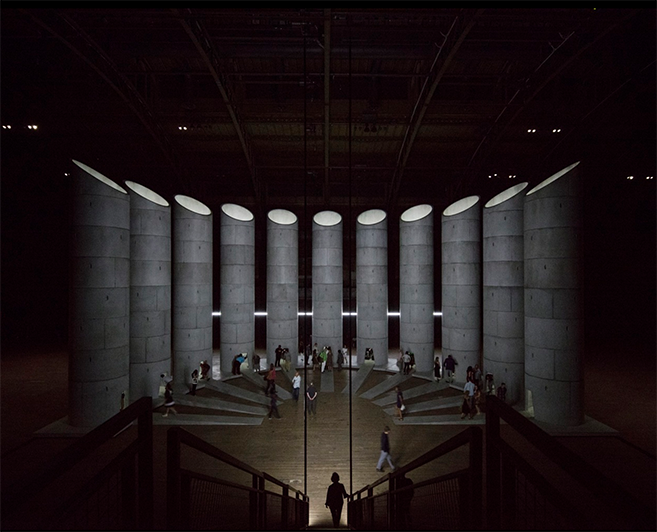 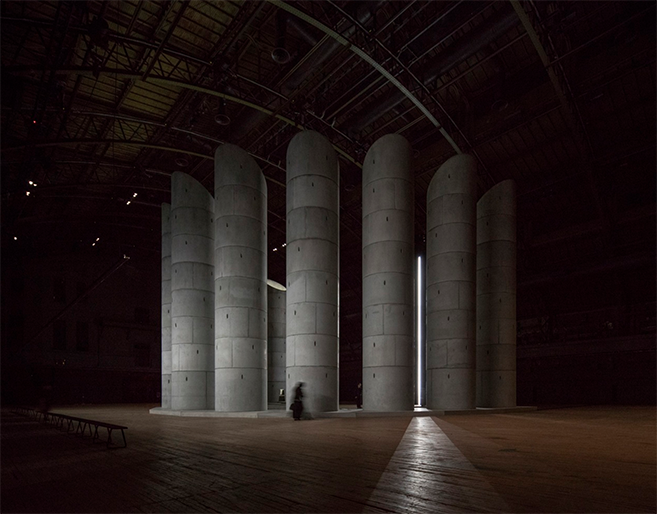 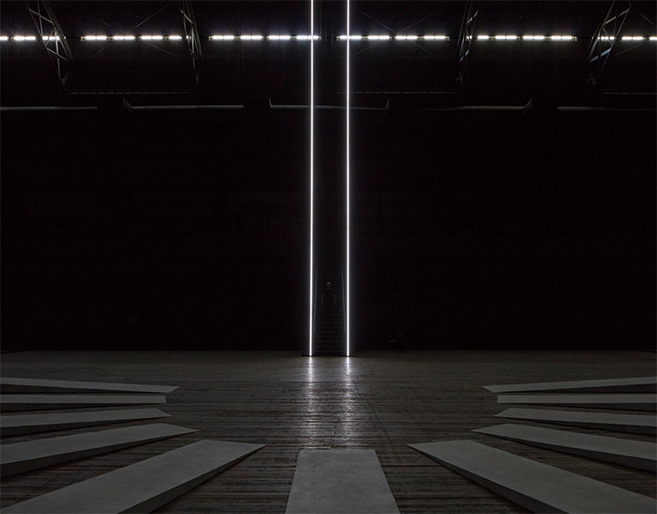